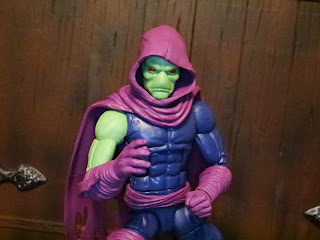 I originally picked up Sleepwalker on clearance somewhere thinking that I'd use him for 31 Days of Toy Terror 2022, but that didn't end up happening. I liked the look of the figure when I first saw him as part of the series of figures tied in with Doctor Strange in the Multiverse of Madness, but I didn't end up snagging him until I found him on sale somewhere as I wasn't familiar with him at all. He's a Sleepwalker (his real name is unpronounceable to we humans), a member of a race who live in the Mindscape and protect the minds of those who are sleeping from unspeakable horrors. Is he kind of like Sandman? He kind of reminds me of Sandman a bit. His face also looks like a Duros from Star Wars, though that's probably just me. Anyways, I picked him up because he seemed like he'd be a good fit for the Halloween season but in hand I really do like the figure. He hasn't done much in the Marvel Universe for the past 30 years or so, but who knows? He might pop up in the MCU some day and become a household name. You might see little kids dressed like Sleepwalker walking the streets on Halloween and folks at conventions for Sleepwalker art and customs. Anything is possible! Let's take a look at Sleepwalker after the break... 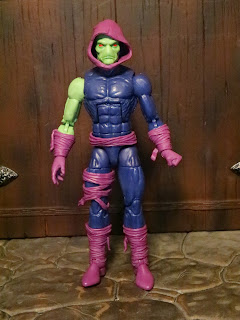 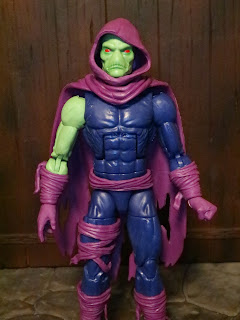 * Sleepwalker utilizes an excellent color combination of blue and purple for his costume that really gives him a creepy, sneaky vibe. They really make his green skin pop out, too. This is a body we've seen used for around a decade but it still gets the job done for the most part. It looks muscular still, but also a but thinner and kind of sinewy, like someone you'd imagine skulking around. I don't know if Sleepwalker really slinks around much but that's the vibe I'm getting from him. 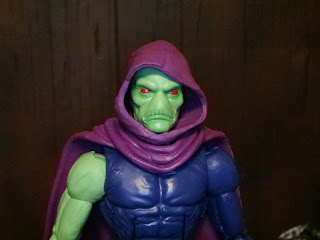 * He's got a really unusual headsculpt, very alien like. He likes like your standard "little green men" kind of alien, or like Cad Bane, but green instead of blue. The hood is really well done and shaped nicely. It's not pliable or removable, but it's sculpted to look just right. 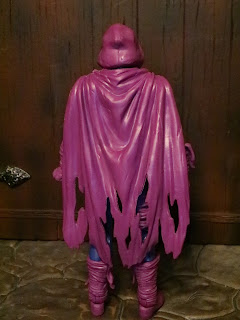 * His cape is weathered and torn, kind of like someone like Ragman. It's a separate piece that can be popped on and off if you remove Sleepwalker's head, though he doesn't look as cool without it. 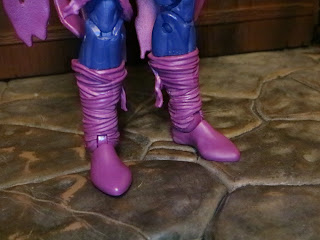 * Sleepwalker's boots are pretty cool and look like they're made from layers and layers of wrappings. 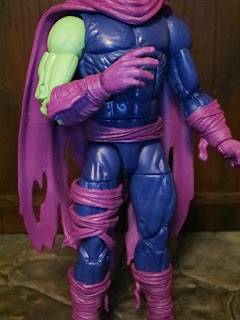 * His wrists and forearms have the same feel, as does the random bit of wrapped material around his hip. Details like this really go a long way towards making a figure built on an oft used base body feel fresh and unique. 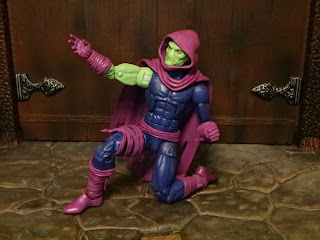 * While Sleepwalker's articulation isn't as smooth a the articulation on some of the newer bodies out there, it's still quite good. He looks great, feels quite sturdy, and is just fun to mess around with. He seems like a very expressive character who'd always be posed in some dramatic way. 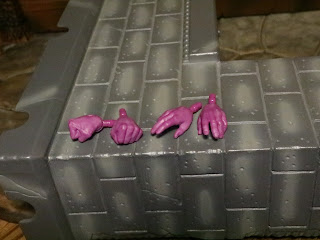 * Sleepwalker only comes with two pairs of hands: A pair of fists and a pair of open hands for gesturing poses. They swap out easily enough help mix things up a bit when you're posing him. 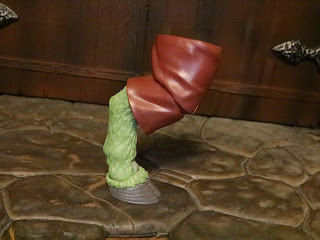 * Sleepwalker comes with the left leg of the Rintrah build-a-figure. Before seeing the movie film, I thought Rinrtah would be a breakout star of Doctor Strange in the Multiverse of Madness and, thus, a desirable figure, but I honestly don't even remember him doing much in the movie. I'm not planning on building Rintrah but if you are hit me up. 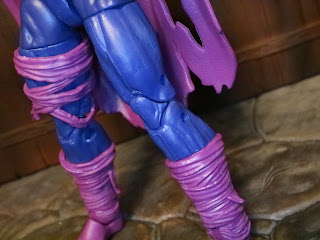 * On many of the older Marvel Legends figures rubbery knees were an issue. Well, Sleepwalker  has rubbery knees. They're not the worst but they're definitely something that seems to sometimes show up, particularly on figures built on older bodies. 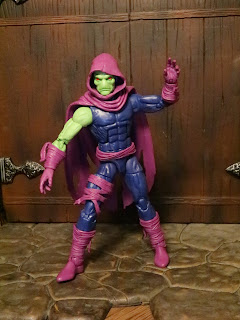 Sleepwalker turned out to be a really cool figure. He doesn't have a lot of accessories or anything but he does have lots of unique parts to give him that ragged, worn feel. Considering I didn't really know who he was when he was first announced for the Rintrah series, I'm not glad to have him on my shelf chilling out with other characters like Ghost Rider, Man-Thing, Blade, and Moon Knight. He's a solid figure with an excellent color scheme. I've been finding a lot of Marvel Legends figures on sale at good prices lately, so make sure to shop around and check out bargain outlets and such. Even a lot of regular retailers have him on sale/ clearance. With the higher prices of Hasbro's figures these days most collectors will have to utilize sales and bargains to pick up what they want without going broke. I'm glad that I stumbled on Sleepwalker for a good deal, otherwise I would have missed out on how cool he is.
This is the first figure of Sleepwalker I've reviewed. For more Marvel Legends Series reviews check out the following:
Marvel Legends Series by Hasbro (2016)
Binary
Crossbones
Darkstar
D'Spayre
Enchantress (Mystic Rivals)
Firestar
Frog-Man
The Hand Ninja
Madame Hydra
M.O.D.O.K.
Nico Minoru (Mystic Rivals)
Quake
Ultron
Ursa Major
U.S. Agent
Marvel Legends Series: Avengers by Hasbro
Taskmaster