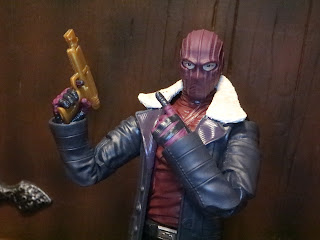 Captain America: Civil War is one heck of a movie and while it's filled with so much spectacle and the introduction of some of the MCU's more recent big guns it was Daniel Brühl's subdued, understated performance as Helmut Zemo that really added a more nuanced and disturbing dimension to the film and the MCU as a whole. Zemo was perfect as a one time villain who succeeded in tearing apart the Avengers but it turns out that there was plenty more for him to do and he was used brilliantly in The Falcon and the Winter Soldier on Disney+ earlier this year. The recent Disney+ focused wave of Marvel Legends figures has arrived and there were two figures from the series I knew I needed: Scarlet Witch and Baron Zemo. Despite loving the MCU I really do focus on the comic based figures but I decided to go with Zemo because I loved his portrayal and I never owned the previous comic based Baron Zemo from when Captain America: The Winter Soldier came out. For now, with his mask on, this version with fill in for Zemo on my shelf. With his mask on, he's just going to dance, dance, dance! Zemo's got moves, baby! Let's check him out after the break... 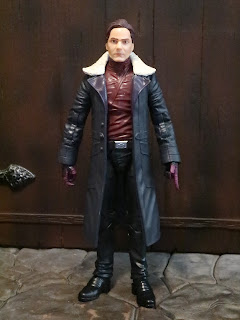 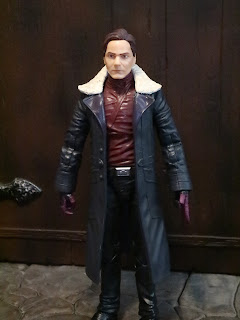 * Zermo's an excellent looking figure with lots of different colors on his outfit. TFATWS saw Baron Zemo wearing a more flamboyant outfit than he wore in Civil War and it's just so darn fitting for him. His coat is amazing and I love the various shades of purple he has on. There's not a ton of shading or paint details on the figure but the fur collar of his coat does have a bit of dry brushing to it to give it some more pop and keep it from just being bright white. Zemo's coat is a separate piece but it's not really meant to be removed due to the fact that his arms are sculpted with the coat sleeves on. 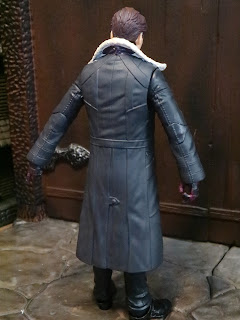 * The back of Zemo's coat has quite a bit of sculpted detail, too. Hasbro didn't skimp here and did an excellent job of capturing the look of Zemo's outfit. 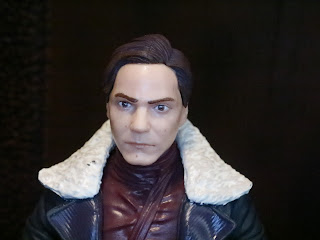 * Zemo's headsculpt is pretty impressive. Daniel Brühl doesn't have the most distinctive features but if you know who he is and look at this figure you'll see the likeness instantly. The paint work from the face printing is excellent and Zemo's gaze is very focused and intense. 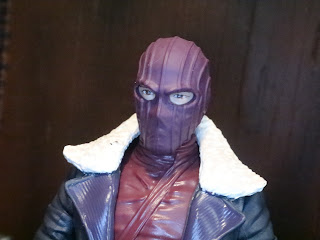 * Zemo's alternate head features his ribbed mask which turned out looking pretty cool. I love the design as it fits very well with the rest of the outfit and looks quite close to the comic appearances of Zemo. 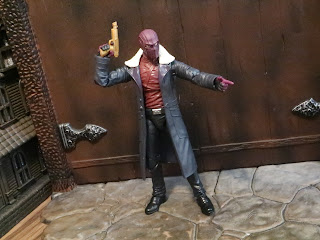 * Overall Baron Zemo has solid articulation that is on par with most Marvel Legends figures, particularly in his upper body. His coat is somewhat pliable and it doesn't interfere with his legs as much as I expected. You won't be making Zemo sit or crouch or anything but he can take plenty of fun poses on your shelf. 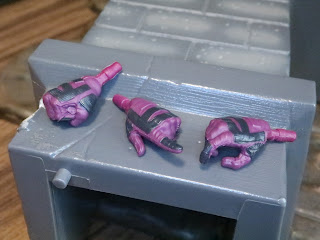 * Zemo comes with four interchangeable hands but I've accidentally misplaced one of them. He comes with two fists (the left fist is somewhere around here), a right handed pistol grip, and a pointing left hand. I really like the pointing left hand as it's fantastic for gesturing poses. 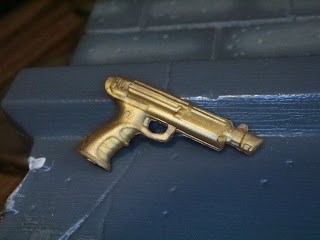 * Zemo comes with a golden pistol that's not what he uses in the show (that's a CZ P-10) but it is a cool accessory. The pistol has come with a few figures before (I know it came with Forge and a couple versions of Deadpool) and it strikes a nice balance between a more comic book/ sci-fi weapon and a realistic pistol. It looks good with Zemo although I could understand if someone was upset that it's not a show accurate weapon. 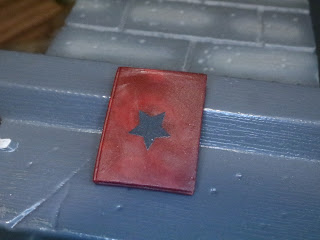 * The coolest accessory is the Winter Soldier Handbook, the book filled with all of the details and programming secrets for the Winter Soldier. It's a fantastic accessory and the paint on the cover really makes it look weathered and used like the movie prop. 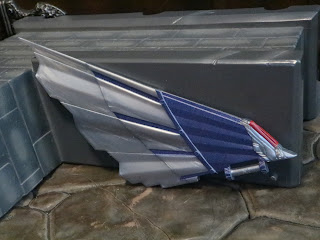 * Last up is the tip of the right wing for this series' build-a-figure. Rather than building a straight up figure this series lets you build the wings for Sam Wilson as Captain America. I'm not overly fond of the idea (Sam should have been his own release with his wings included intact) but I can't fault getting an extra piece that I can trade off or sell. I'm looking forward to another release of the comic styled Captain (America) Falcon, probably nice updated. I'm sure we'll get one at some point next year. 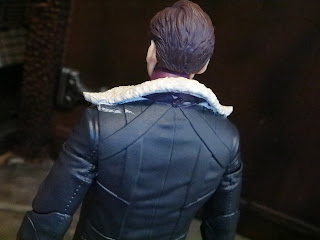 * The back of Zemo's fuzzy collar is really messy. The paint has slopped over onto the back of his coat which is something you couldn't catch looking at this figure in the package. at the store. 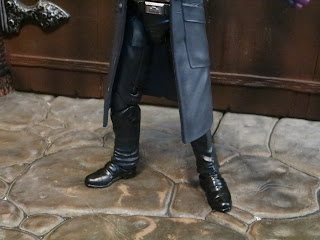 * Zemo's ankles have a really limited range of motion that makes standing him up kind of awkward. I'm not sure if they're reused parts or not but they really make adjusting his feet and keeping him balanced a challenge. 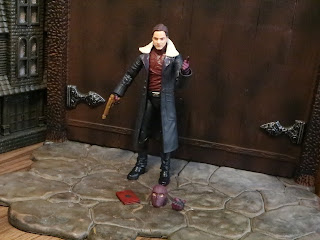 With two swappable heads, a great likeness, and some very cool accessories, Baron Zemo turned out to be a very solid release. While I'm still hoping that Hasbro puts a classic comic styled Zemo out next year the TV version does a great job adding another villain for MCU collectors and serves as a worthy placeholder if you missed out on the last Baron Zemo. I'm really excited to see when and where Baro Zemo pops up in the MCU next as I have a feeling that his story isn't finished yet. The Falcon and the Winter Soldier really turned him into a bit of an antihero so who knows how a future film or show would use the character.

If you're a fan of Baron Zemo then check out my review of the Marvel Legends: Infinite Series Baron Zemo (Soldiers of A.I.M).