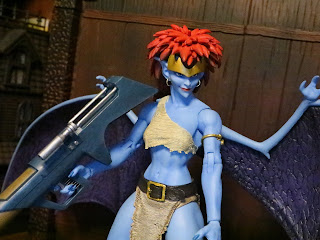 Lately I've been finding some real gems at a local bin store and today I'm checking out another great find: Demona from NECA's Gargoyles line. I absolutely remember Gargoyles being on but I don't remember watching it much. I was in fifth grade and definitely still was watching cartoon and playing with action figures (to be honest, I've never really stopped), but I guess I just never got too into it. I remember the toys being in stores and looking quite cool but I was probably more into Spawn, Stargate, Mighty Max, Iron Man, and Batman. I didn't realize until the last year or two what a fanbase Gargoyles still has and it makes me want to go back and watch the show on Disney+. NECA's Gargoyles action figures looked impressive but I didn't have any interest in picking them up. When I stumbled upon Demona for $12 or $15 dollars at a bin store, though, I couldn't resist. She's a very cool looking figure who can fit into multiple different places in my collection. Demona is one of the main villains from the show, she's a gargoyle, she hates humans, she was once partners with Goliath, and had a figure in the vintage Kenner toyline. That's pretty much everything I know about Demona, so let's check her out after the break.... 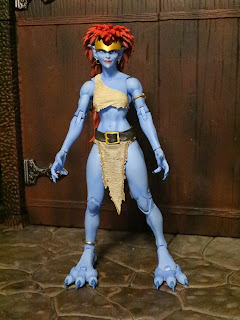 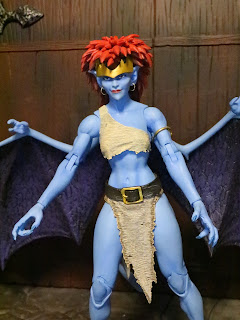 * NECA's sculptors always do a fantastic job and Demona is definitely a hit. She doesn't wear much of a costume, really; just a ripped bit of shirt covering her breasts and a loincloth with a belt. Most of the Gargoyles don't wear much clothing, though. You know, since they're gargoyles. Those scraps of clothing have a fantastic texture and even some paint applications that bring out the details in the material. Mostly, Demona's just showing off her grayish-blue body which is very muscular and athletic. She's sporting a gold cuff on her left bicep, toned abs, and some spiky protrusions on her elbows. 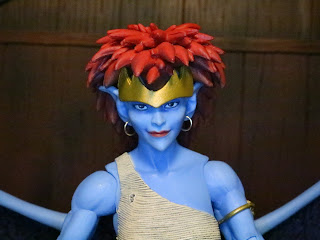 * Demona looks like a rock with her super cool, spikey hair, that flashy gold headpiece and those gold hoop earrings. They're actually real metal! NECA seems to have taken the animated designs from the show and made them a little less stylized/ a little more realistic, which I think really works. She's got a cute face with a bit of a smirk that definitely shows she's up to something. 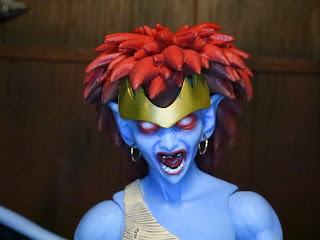 * Rather than a second portrait, Demona has swappable face plates. The second face plate is... well, it's terrifying. I guess this is Demona in some kind of rage mode. Is that a thing? Seriously, I'm not familiar enough with Gargoyles to know. With her mouth open and those terrifying, pupilless eyes, she's really freaky. Like, Deadite from The Evil Dead freaky. 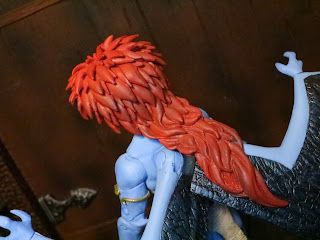 * Here's another look at Demona's super cool hair. I didn't realize it was that long. There's a lot of texture to it and some fantastic sculpting to show off each strand. 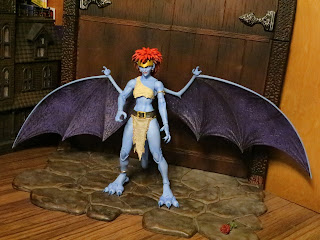 * Since these are gargoyles, they have wings. Well, I guess some gargoyles don't have wings, but these ones do. Wait, who was the dog Gargoyle? Bronx? He didn't have wings. But Demona does, and they're pretty cool. The sculpt and paintwork really give these the appearance of the leathery look of something like bat wings. There's a mottled paint deco on them that's just rather impressive. 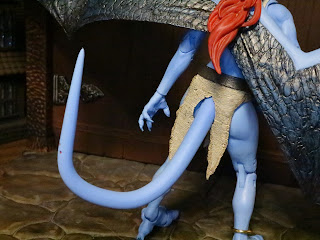 * Demona's tail comes separate in the package but all you need to do is plug it in. It attaches with a swivel/ hinge joint but is also bendable throughout, so you can pose it or use it to help her stand upright. 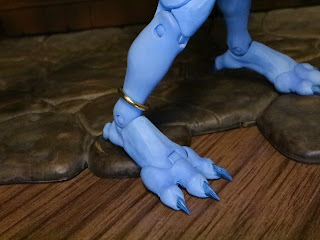 * Demona's clawed feet are pretty cool. They have multiple joints in them which help her to stand upright in different poses, even with her wings on. She's also sporting a metal cuff over her right ankle. 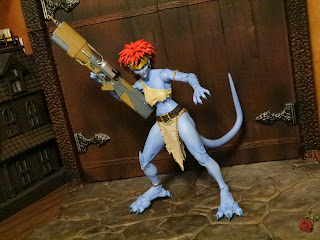 * Demona's articulation is extremely good overall and she feels quite durable. She feels like she's made of a slightly softer plastic than most NECA figures which makes her seem more durable and less stiff. Personally, I like her best without the wings and she looks fantastic in a variety of battle poses, including using either of her massive guns. There's a great range of motion in her joints and everything feels really well designed and well made. 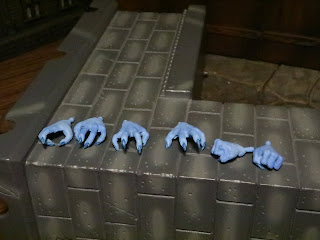 * Demona comes with 6 hands you can swap out at will: A pair of hands that are kind of in a pistol grip pose for interacting with the weapons, a pair of hands with splayed fingers for flying and fighting, and a pair of standard fists for punching the heroes. 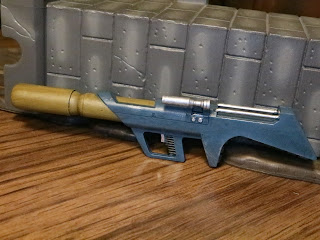 * Demona has two massive weapons that really impress. First up is a massive rifle of sorts with an unusually shaped barrel, a more standard grip and trigger, and a scope. The rifle has multiple paint applications and a bit of weathering to really bring out the details in the sculpting. There's clearly a lot more going on here than on most action figure accessories. 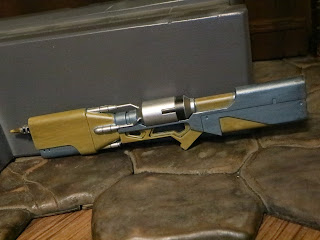 * Next up is another large rifle. It's very sleek with a small barrel or projectile sticking out of the firing end and an unusual grip. It's very modern/ futuristic while also having something of an art deco vibe to it. 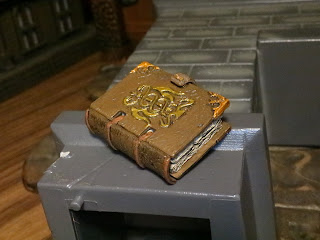 * Demona's last accessory is the Grimorum Arcanorum, an ancient tome from the series that's a pretty powerful collection of magical spells. NECA really does amazing work on their accessories, sometimes seeming to give them as many paint applications as action figures from some other companies have. The gold design on the front looks rather ornate, though aged, as does the leather binding. The pages inside look worn and tattered, too. This book has clearly passed through many hands in its long life. 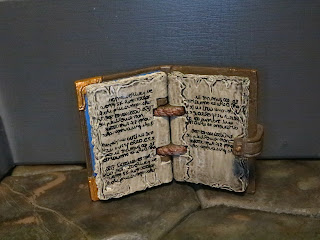 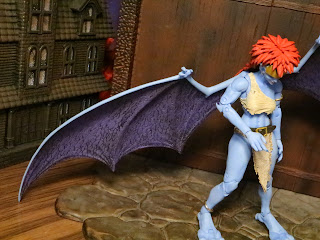 * I do have a few complaints about Demona and the first one involves her right wing. It's loose. Very loose. It keeps drooping to the ground. The left wing is fine, and very tight, but the right wing is way too loose, really restricting the poses she can take. 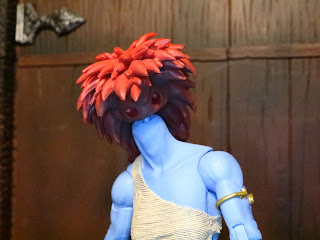 * Here's a shot of Demona with her face plates off. Creepy, right? The face plates are easy to change but they also tend to falloff. When I found the figure at the bin store, her face plate was loose in the package. It tends to fall off quite easily which is definitely a bit frustrating. 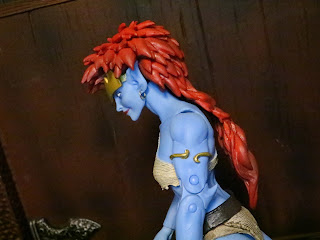 * Lastly, Demona has a hard time getting her head to look up, especially when she has her wings on. The hair looks great but when the wings are attached there is nowhere for it to go unless you have her head leaning pretty far forward. It feels very limiting on the poses. 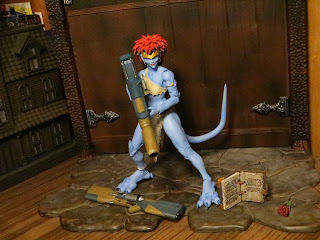 Demona does have some flaws but the positives definitely help offset them. To be honest, I really prefer her with her wings off. She makes a great enemy who could fit in with larger scaled Masters of the Universe figures, Mythic Legions, and other similar fantasy lines. Her sculpt and paint are incredible, the articulation of her main body is fabulous, and the accessories are truly top notch. She's definitely a Great figure and, while I'm not planning to pick up any more Gargoyles figures, I'm certainly glad to have her, especially for the $15 bucks I paid.