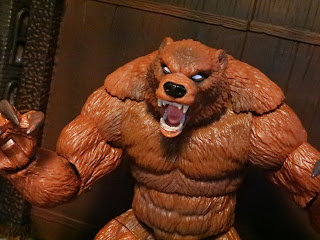 I finished reviewing the Iron Man/ Ursa Major series of figures over a month ago and due to a number of reasons (31 Days of Toy Terror, lots of new He-Man and the Masters of the Universe releases, etc.) it's taken me until now to finally get around to looking at Ursa Major, the Build-a-Figure from that series. As I've said in most of my reviews from the series, originally I wasn't planning on picking up that many figures from the set; probably just Ultron and Ironheart. Ursa Major was too temping, though. I mean, c'mon: He's a giant bear! Yes, in Marvel he's Mikhail Ursus, a Russian mutant who is part of the Soviet Super-Soldiers and the Winter Guard who had a cameo in the film Black Widow but as a toy he's a massive killer bear. I love giant bears! This is one of those instances where the build-a-figure caused me to purchase some figures I wouldn't have otherwise picked up. Let's take a look at Ursa Major, the big, bad bear, after the break... 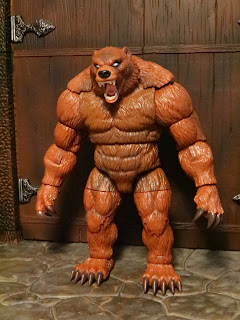 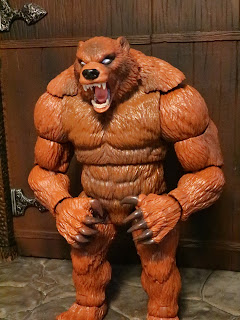 * Initially I figures that Ursa Major would use the base body from previous build-a-figures like Xemnu, Wendigo, and Sasquatch but it turns out that this is a completely new body. It looks great and allows you to see how shaggy and furry Ursa Major is while also nicely showing off his musculature. It's an excellent sculpt and makes for a massive, imposing figure for your Marvel Legends collection. While there isn't a ton of paintwork on the figure there is some excellent, subtle shading that really helps bring out all of the details. 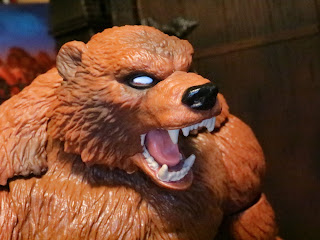 * What a portrait! Ursa Major looks incredible with a truly terrifying set of teeth and a long, pink tongue. I'm loving this portrait and how crazy it looks! This is some awesome stuff. 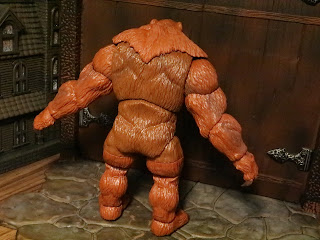 * Here's a shot of the back to show off the work on the musculature and the fur on this big bear guy. He's seriously pretty cool. 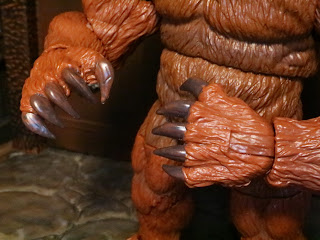 * Does Ursa Major have claws? You better believe it! He's got some big terrifying paws with massive, razor sharp claws. He gives ol' Loga a run for his money! 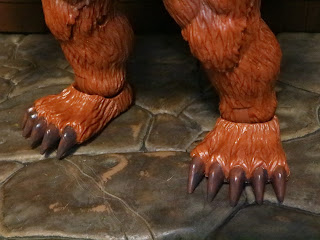 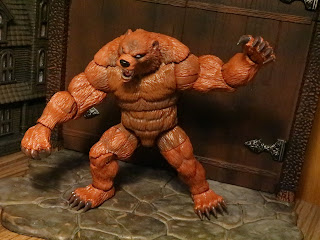 * He's nicely articulated with an updated articulation scheme from the previous monstrous build-a-figures. He now has pinless swivel/hinge elbows and a balljointed mid-torso. He's super sturdy and really fun to pose in a variety of poses. I love picking up this guy and messing with him. If you've always wanted a Shardik figure this ought to satisfy you. 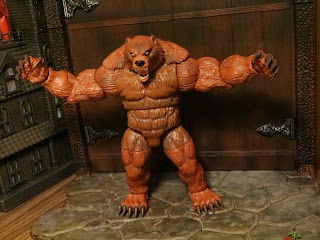 Ursa Major is an incredible build-a-figure and one of my favorite Marvel Legends Series figures of the year. He's big, brawny, and a bear. What more could you want? He's an Epic figure and a really fun, really well made toy. I wasn't overly thrilled with this series of figures with only Ultron and Ironheart being the real standouts for me but Ursa Major was worth picking up. Usually I sell off most of my build-a-figure pieces after getting figures I want but with Ursa Major I was selling off figures to keep the build-a-figure pieces.

This is the start of a mini marathon of Marvel Legends Series reviews, so stay tuned!