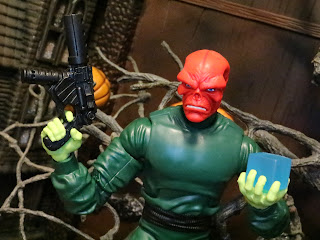 For today's installment of 31 Days of Toy Terror- Skeletober how about we check out another skeletal influenced Marvel villain? This time it's the Red Skull from the Marvel Legends Super Villains series released over the summer. I reviewed all of those figures as they came out and the build-a-figure, Xemnu, but I held back on Johann Shmidt since I knew he was a perfect fit for the theme and I don't want the entire month to just be Skeletor toys. Hasbro has released a few different Red Skull figures over the years but this one looks to be the most "classic" figure yet. While the Johann Shmidt version of the Red Skull first appeared in Joe Simon and Jack Kirby's Captain America #7 this one seems based on his Silver Age appearances as seen in Tales of Suspense #66, though this Red Skull is wearing a Hydra armband. He's one of the top tier Marvel villains and absolutely deserves a place on your shelf if you're a Legends collector. Ready to check out the fearsome visage of the Red Skull? Then join me after the break... 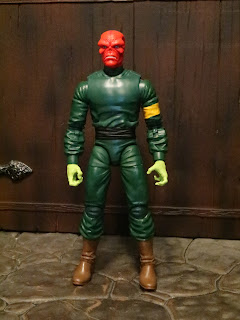 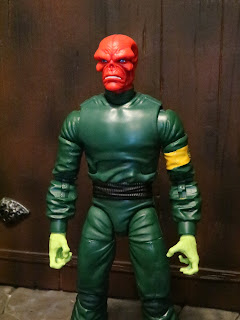 * You might not notice it at first glance by Red Skull uses most of the same body as the classic Dormammu who appeared in the same series. The outfit works great for Red Skull, though, and gives him a look that's both militaristic (he was Hitler's right hand man) and appropriately comic bookish (those green gloves). It's a great look that feels very old school. I love the bright colors of the classic era Marvel villains as they just really pop on the shelf. Looking at these guys all lined up is just a feast for the eyes! 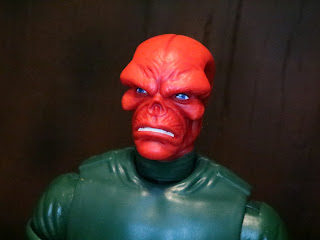 * The Red Skull comes with two portraits. The first, shown here, has the larger brow and is the version I most closely associate with Jack Kirby's depictions of the character, especially in the 1960s. The sculpt is just fantastic with so much character, especially on the massive brown, the evil sneer, and those piercing eyes. 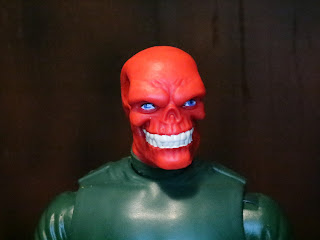 * The more skull-like head seems to recall even earlier Red Skull tales from the Golden Age and some more modern takes where he is truly skull like. I love that massive evil grin! 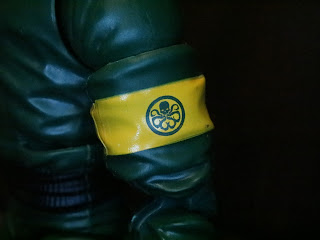 * To show his allegiance to Hydra the Red Skull is wearing an armband with the Hydra logo on it. It's a neat, clean print and it looks fantastic. 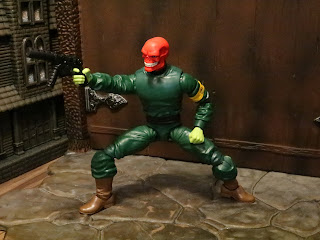 * It's usually difficult to say much unqiue about the articulation on most Marvel Legends figures as it's always really, really good. Red Skull is super fun to play with and pose in a variety of malevolent poses, especially due to his cool pistol and the Cosmic Cube he can tote around. He doesn't have butterfly shoulders like many newer Legends do but he does have both a balljointed neck and a barbell jointed head. 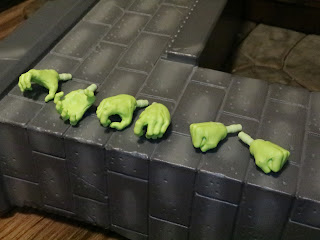 * Considering that Red Skull and Dormammu share most of the same body it makes sense that they also comes with the same six interchangeable hands that swap in and out easily. Red Skull has a pair of grasping hands (great for making evil gestures or holding the Cosmic Cube!), a pair of fists, and a pair of pistol grips for holding his pistol. 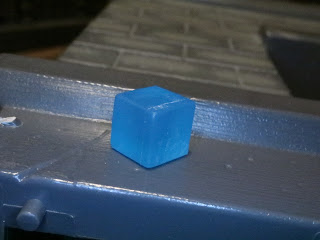 * Red Skull also comes with the aforementioned Cosmic Cube, also known as the Tesseract in the MCU. We've seen this accessory included with a few other releases such as the Guardians of the Galaxy 5-pack and the earlier Red Skull from the Captain America: The Winter Soldier series but who would say no to another Cosmic Cube, right? 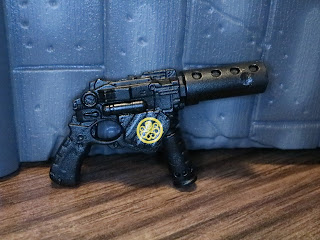 * Hasbro has been reusing Star-Lord's Kree submachine guns quite a bit (Maverick totes one around, too) but Red Skull's is molded in black plastic with a bright yellow Hydra logo on the side. That's pretty cool looking and Red Skull looks awesome wielding this bad boy. 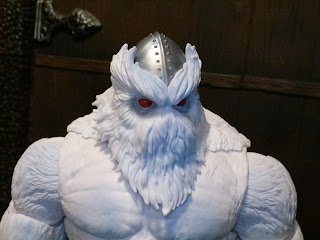 * Six of the seven figures in this series come with parts for the Xemnu build-a-figure (Dr. Doom is the figure without a piece) and Red Skull comes with the head. After realizing I really wanted four of the figures in the set and was interested in Xemnu I decided to pick up everyone except Doom and complete the big guy. If you're buying them all the BAF is a nice extra incentive. Otherwise, you can sell it and probably make a good percentage of your money back or trade it for something you need. 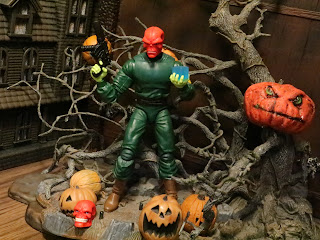 The Red Skull isn't just another terrifying skull faced deviant for 31 Days of Terror- Skeletober but he's also a darn good figure. An Epic figure, to be precise. I do think Red Skull turned out to be the best figure in this series as besides just having a good base body he has two fantastic head sculpts, lots of extra hands, and a couple fantastic accessories. He's easily the winner in this series and he seems to be the most popular figure from it. We've got a rainbow of skeletons this year, don't we? Yellow skulls, red skulls; who knows what will pop up next?
If you want more of the Red Skull check out my review of the Marvel Legends: Infinite Series Red Skull (Agents of Hydra) figure.
For more Marvel Legends Series reviews check out the following:
Marvel Legends Series by Hasbro (2016)
Crossbones
Darkstar
Enchantress (Mystic Rivals)
Firestar
M.O.D.O.K.
Nico Minoru (Mystic Rivals)
The Punisher