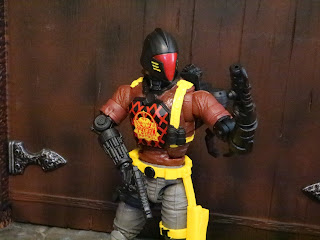 The standard Cobra B.A.T. showed up at the very beginning of 2022 (with a few sneaking out before then) and was a really impressive figure. B.A.T.s are always a hit and the Classified Series version, while adhering closely to the the vintage G.I. Joe: A Real American Hero design, was perfection. As part of Target's newest exclusive theme we have a Python Patrol version of the B.A.T., a variant of the android never released in the vintage line or any of the subsequent 1/18th scaled lines so far as I'm aware. It's a new variant and a pretty cool looking one at that. He's also been fairly easy to find. I've seen him on shelves at Target in droves and scored mine online. Is the distribution of exclusives actually improving? Let's hope so. Let's check out the Python Patrol version of the B.A.T. after the break... 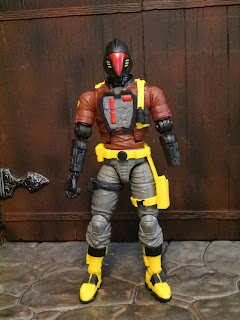 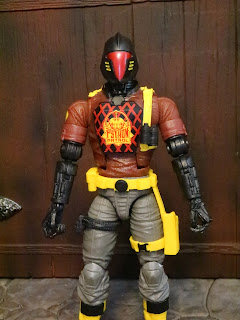 * Hasbro didn't really update the B.A.T. design for the Classified Series much. They updated the design multiple times during the early 2000s but fans just seem to love this one. It's still a great look and, for me, the more outlandish characters need to be updated or "Classified" far less than regular Joes in military outfits. The only real difference between this figure and the previous Classified Series B.A.T. is color scheme. Rather than black, silver, and orange, we now have maroon, grey, and back with yellow highlights. The center part of the body is now covered by an armored pane with the Python Patrol logo printed on it. There's also now a yellow Cobra emblem on the shoulder. 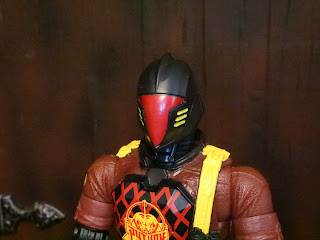 * The head is the same as last time, though Hasbro only included the standard head and not the battle damaged head. That's a bit of a bummer, right? The standard head now has a red visor which matches the Python Patrol aesthetic but which also matches the cartoon look of the B.A.T. 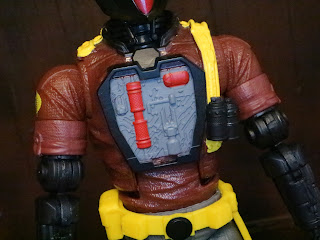 * If you want to see the innards of the B.A.T. just pop off the chest panel and all of the details inside are visible. On the vintage toy this was a lenticular sticker but here it's fully sculpted with a few paint applications. Not as many paint apps as the standard B.A.T., though. The removable chest panel really is a pretty neat play feature for this guy and it makes sense that all of these sensitive parts would be covered to protect them from direct hits. 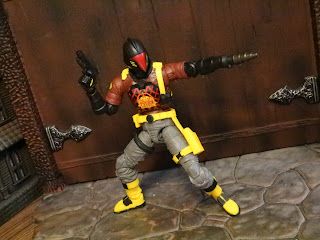 * Like the basic figure, the Python Patrol B.A.T. has excellent articulation. It's pretty much the same as every other figure in the line structurally but the range of motion and smoothness of the joints just feel better. His torso is also unhindered by any overlays or vests or anything so he can really get some great waist and torso movement. The B.A.T.s really really are some of the most fun figures to play with in the line to date. 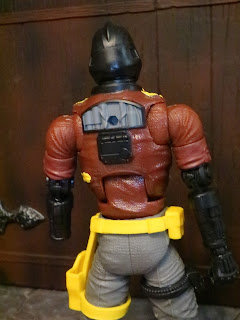 * Here's a look at the B.A.T. from the rear. You can see some wires and stuff on his back. There are actually more paint applications here than on the standard figure, as now the wires on top have a black outline and the panel below the open wires is painted differently from the B.A.T.'s shirt. 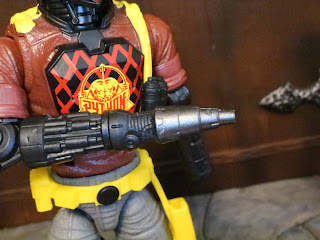 * The Python Patrol B.A.T. comes with the same three arm attachments that the standard Classified Series and vintage B.A.T. did but this time both the right and left hands are removable, so you can switch up the weapons used. First up is the laser blaster arm. It's simple but effective. There's a small hole in the barrel and some little details and such on the laser, maybe for adjusting the strength of the beam or something. The tip of the laser blaster is also given a silver paint application this time around. 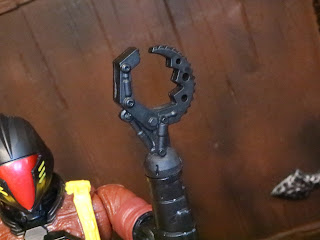 * Next up is the gripper arm. It's a pretty nasty looking piece of equipment for manhandling the Joe team. The claw doesn't have any articulation, though. 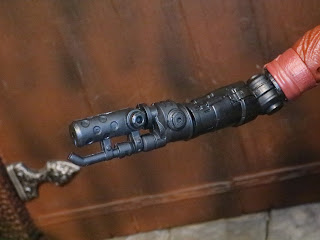 * Last up is my favorite piece: The flamethrower! It's a small torch with quite a bit of detail. There's a small hole in the barrel which would be awesome with a flame effect. I still can't think of anything that would work for this as a flame effect, though. Anyone have any suggestions? 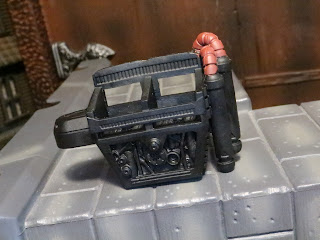 * The B.A.T.'s backpack is pretty detailed with plenty of storage space and some canisters connected to tubes. Maybe this is fuel for the flamethrower attachment? This time the hoses on those canisters actually get a red paint application, which is pretty cool. 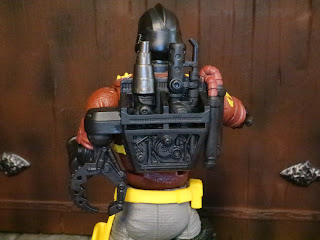 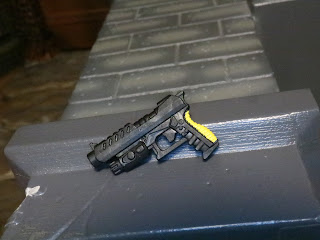 * The pistol is the same as the previous release too, but now it's molded in black with a yellow paint application on the rear of the grip. Very eye-catching! 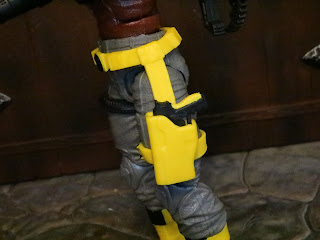 * The pistol can store easily in the holster on the B.A.T.'s left hip when it's not in use, too. 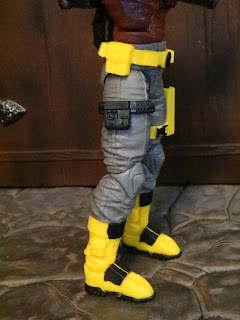 * And, lastly, here's a shot of the right leg of the figure so you can check out the robot boots and the cool little doohickey on his right thigh. I wonder what this is? The vintage figure had one, too. Maybe an explosive device or something? Or maybe the B.A.T. is just counting his steps. 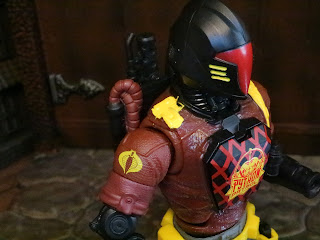 
* I do have a complaint this time around: The yellow paintwork on the shoulders is a bit gloppy looking. If you get the chance to select from multiple B.A.T.s at the store, try to select the best one. 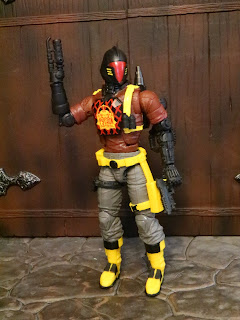 While the Python Patrol B.A.T. doesn't have the extra head or chest panel that the standard B.A.T. have, he does have a few more paint applications in places that do really add a little something extra. I do see that not everyone is going to love his color scheme but I'm finding it quite fun and a unique take on the design. With another B.A.T. on the way (the Crimson B.A.T.) there are plenty of options. This guy, though, really stands out and I'm a fan. Seriously, those little extras like the painted tubes on the backpack and the paint app on the pistol go a long way for me. Despite having fewer accessories, the Python Patrol B.A.T. is still such a strong figure that he gets an Epic rating from me. I've still got a handful of 2022 Classified Series reviews that I'll be getting too in the next week or so, all of which show how strong of a year 2022 was for the line. Could 2023 possibly top it? We'll have to wait and see...