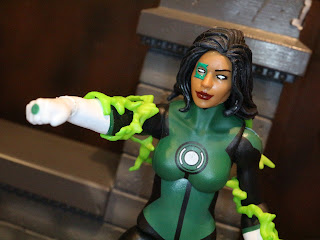 I'm slowly making my way through the Clayface series of Mattel's DC Comics Multiverse line and I'm excited to finally be checking out one of the newest additions to the Justice League roster: Green Lantern Jessica Cruz! Jessica Cruz is a relatively new character to the DC Universe, first appearing in 2014, but she has quickly made her way to membership on the main Justice League team as one of the eight members of the initial Rebirth era team. DC Collectibles had plans to introduce Jessica Cruz into their DC Icons line but it sounds like there may have been some behind the scenes conflict between DC Collectibles and Mattel over licensing issues since Mattel was also planing a Jessica Cruz figure. While DC Collectibles did not get the opportunity to release Cruz, Mattel's version is now available for purchase. Let's see how they did after the break... 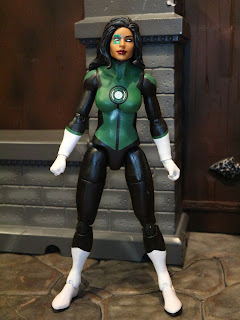 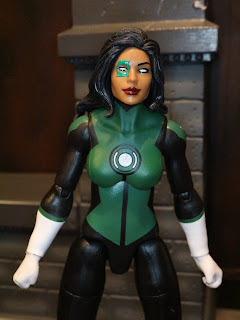 
* Jessica Cruz is a great looking figure that sports an entirely new body sculpt. Mattel has made some significant leaps forward with this newest series of DC Comics Multiverse figures and I hope they keep the momentum going. The green and black color scheme of Jessica's Green Lantern uniform looks very sharp as does the Green Lantern Corps. logo on her chest. The paint work is about as neat and clean as you could hope for on a retail release, too. 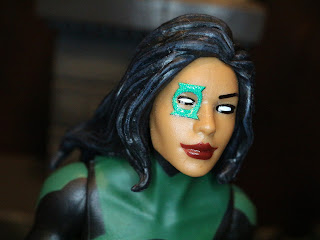 * Jessica Cruz has a great headsculpt that looks way better than most other Mattel offerings as if late. I like the fully white eyes (that's a nice comic book styled touch) and the Green lantern Corps logo over her right eye in lieu of a mask. 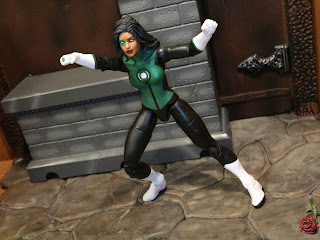 * Jessica Cruz's articulation scheme is very similar to Batwoman's; she has balljointed hips, double hinged knees, a mid-torso balljoint, and swivel/hinged wrists unlike most other female DC figures Mattel has released which definitely make her much more capable of taking cool poses. She's still missing swivel/hinge ankles, though, which is probably the biggest fault Mattel needs to fix. 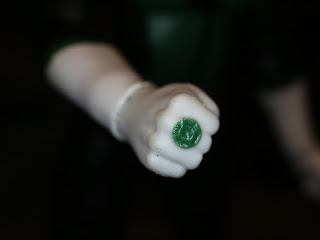 * Jessica Cruz's ring is nicely sculpted on her right hand. It's a small detail but it looks great in person. Plus, she is making a fist. An expressive hand like this definitely allows for some solid action poses. 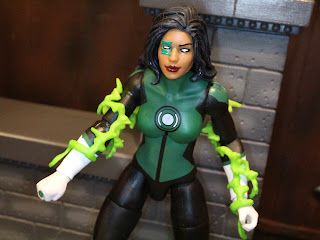 * Mattel has absolutely upped the accessories in this series of figures and Jessica comes with some of the most interesting: Green, crackly energy effects that can slip over her arms. They might be a little tricky to get on but they look excellent and add a very cool and dynamic element to the figure. They kind of remind me of the vines included with the Signature Collection Poison Ivy. 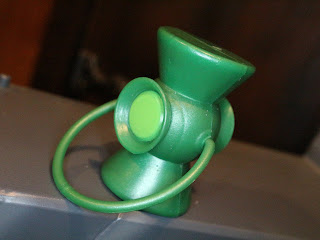 * What's a Green Lantern without a green lantern? Jessica Cruz comes with her power battery which can fit in her left hand. It even has a swinging handle! 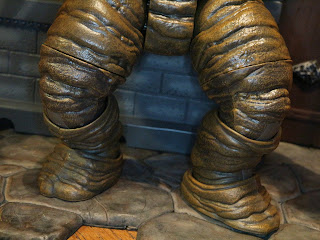 * Each figure in this series includes parts for the Collect & Connect figure Clayface. Jessica Cruz includes the legs for Clayface, both of which are fairly large. I'm really excited to show this guy off (I built him as soon as I opened the package) and I will be reviewing him as soon as I review everyone else. 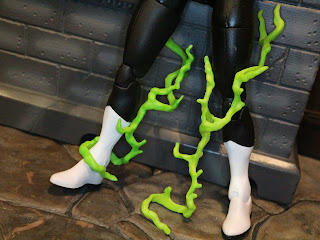 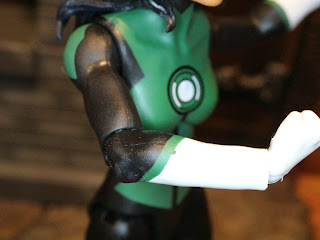 * Like with Batwoman, Jessica Cruz is lacking a bicep swivel and has only a swivel/hinge elbow that cannot even bend at 90 degrees. 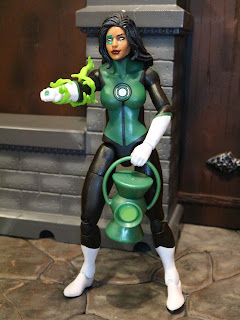 So far I am very impressed with this series of DC Comics Multiverse figures. Jessica Cruz was probably my second most anticipated figure in this series behind Batwoman. It's great to get the first figure of such a prominent character from Rebirth with the updated body and articulation that Mattel has started using. She has some very cool accessories and a great paint job. If Mattel can consistently put out figures as good as Jessica Cruz than we might have another very successful run of DC action figures to collect. She's a Great addition to your Justice League or your Green Lantern Corps.


This is the first Jessica Cruz figure I've reviewed but I have reviewed a couple of other Green Lantern pieces: The single packed Nano Metalfigs Green Lantern DC11 and the figure from the 10-Pack.

If you're looking for more DC Comics Multiverse reviews, check out the following: