Missing in Action! Toylines That Didn't Make the Cut in 2017 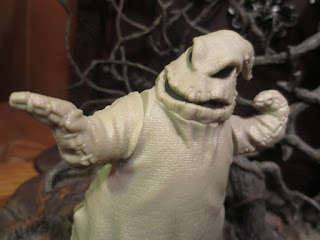 For the past few years I've supplemented my 10 Favorite Toylines and 10 Favorite Individual Toys with a list called Missing in Action. The general premise of this list is to look at my list of last year's Top 10 Toylines and determine why some lines present then failed to return on the current year's list.  2017's top 10 list had six toylines returning from the 2016 list, meaning that four lines were dropped this year. I do believe that's one of the highest retention rates for toylines from one year to the next that I've had on my lists due to the presence of longer running lines and continuing lines such as Star Wars: The Black Series, the DC Collectible Designer Series, POP! Star Wars, Marvel Legends, Super7's M.U.S.C.L.E. reboot, and Mattel's DC Multiverse line. When looking at the lines that failed to show up again there are typically three reasons why a line makes this list:

Missing in Action: This is a toyline that gets cancelled, ends, or just doesn't have any releases during the year.

Let's take a look at the four lines that made the 2017 list after the break... 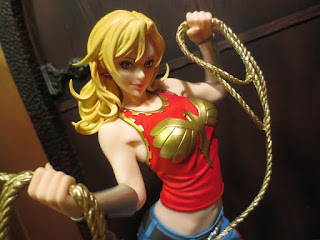 Since 2012 Kotobukiya's line of DC Comics Bishoujo statues has alternated between appearing on my top 10 list and appearing on this list due to the great deal of variation in how many releases the line sees during each year. This year the line only had two releases which definitely wasn't enough to earn it a spot on the list. The Katana statue did make it onto my Best of the Rest list, however, so Kotobukiya didn't go without receiving any recognition in 2017. I really hope 2018 sees more releases as this is still one of my favorite lines to collect. 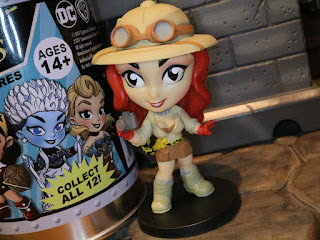 I still really like Cryptozoic's Lil' DC Comics Bombshells line but the line didn't make my Top 10 list this year for a few reasons. One, I'm still not sold on the fact that these are $10 "blind boxed" minifigures. If you're going to offer a mystery product $10 seems to be too high of a price point for a single figure. Secondly, both the DC Comics Bombshells and regular DC characters appeared in quite a few other forms that I just liked a bit more. DC Collectible's Designer Series offered up eight Bombshells action figures, Mezco's One:12 Collective and Mattel's DC Comics Multiverse both offered up plenty of other DC Comics action figures, and Jada Toys' Nano Metalfigs line offered up plenty of inexpensive, diecast metal DC minifigures. I hope to see a Series 3 from this line still, but it didn't make the list for 2017.


Nightmare Before Christmas ReAction by Funko- Missing in Action! 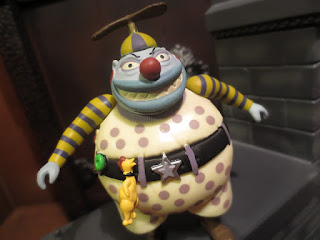 The official ReAction brand returned fully to the hands of Super7 at the end of 2016 and at this point it seems like they still do not have the license to produce further ReAction figures for The Nightmare Before Christmas, so thus this line is Missing in Action. This is definitely disappointing as The Nightmare Before Christmas was one of the best ReACtion lines released by Funko and Super7. While series 1 was good, series 2 was absolutely incredible with some truly impressive figures in it. If we could get one more set of figures with at least Lock, Santa Claus, Dr. Finkelstein, and Igor (along with another random citizen or two) I think we could call this line complete. Maybe Walgreens or some other retailer with a dedicated Halloween section would take this as an exclusive? 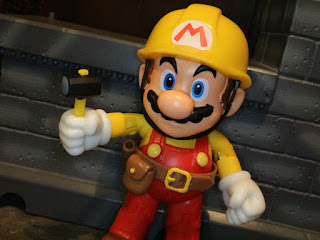 Wait? Jakks Pacific's World of Nintendo line fell off of the list of my Top Ten Favorite Toylines? Sadly, yes it did. While Jakks did release some figures in 2017 they didn't release much. Most releases were simple repaints and considering Jakks' notoriously poor distribution of this line I couldn't be bothered to track them down. The Mario Maker version of Mario was quite nice but I do believe he was the only 2017 release I purchased. Let's hope that the success of the Nintendo Switch inspires Jakks to put more effort into this line as there are still a bunch of characters I would love to see.


What do you think? What toylines did you love last year that went missing or got overshadowed this past year? Let me know!
Posted by Barbecue17 at 2/17/2018