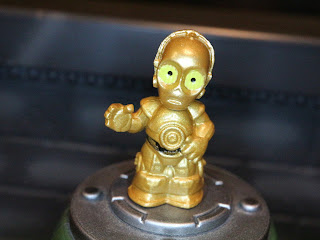 So...what did everyone think of the Solo trailer? I'm pretty excited for it and really like what I see. It looks like it could be really fun with a mixture of new and old elements that create something special. I have definitely been apprehensive about the film but the trailers have me significantly more excited. So...when are the Solo: A Star Wars Story toys coming out? Probably April, it would seem. Today Hasbro released some 2017 end of the year remarks to investors and in it they mention that Star Wars did experience a drop in 2017. The Last Jedi line just didn't do as well as previous movie lines it seems and Hasbro is now suggesting that one of the reasons for that could be due to the movie product releases for the Disney films 3-4 months before the films release. It sounds like in the future we will see product releases closer to the actual film dates, so perhaps the April release of the Solo figures will set a trend for the future. Anyways, what does this have to do with a review of the Micro Force C-3PO? Not a darn thing, really. There's a bit of a lull in Star Wars product right now so I'm snagging these cool little minifigures based on the Fighter Pods minis from a few years back. Ready for a closer look at this mini protocol droid? Then join me after the break... 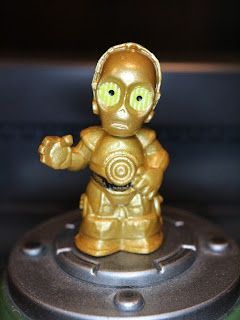 
*C-3PO is a reissue of the microfigure from the 2012 Fighter Pods line. I like the style of these, though, and now I really wish I'd picked some of those figures up when they were available in stores. C-3PO is delightfully charming with a great gold paint scheme and a really nice sculpt. Seriously, for being less than an inch there is a lot going on here. You can even see the grated pattern on C-3PO's photoreceptors. That's really impressive. 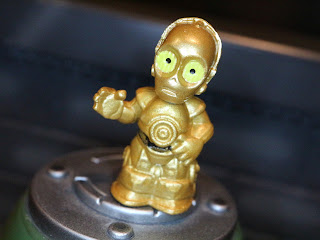 While all of the figures in series 1 are simply reissues from the 2012 Fighter Pods line, series 2 looks to contain some new sculpts from The Force Awakens and Rogue One. These are really cool and while I don't like blind bags, I did take a chance on these considering they were only $3 dollars. C-3PO looks great and if you're a Star Wars fan I can't imagine you'd be disappointed in him. He's a Great and a 1/2 little minifigure and well worth picking up if you have an interest.