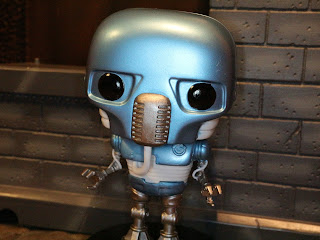 This past weekend I was out and about and stumbled across this very cool Medical Droid POP! vinyl from POP! Star Wars by Funko. Wait...Medical Droid? Yup, Funko is calling this guy a Medical Droid rather than the more familiar name 2-1B. Interestingly, the 2-1B from The Empire Strikes Back is both a 2-1B model of surgical droid with the designation of 2-1B, so calling this guy 2-1B would have been correct if it were referring to the specific droid we're most familiar with or to the model in general. Considering that 2-1B had a vintage Kenner figure, I'm really surprised that he didn't get his vintage name. Anyways, I'm not going to get too hung up on that but just know I'm calling him 2-1B. I've always liked 2-1B; he's a cool model with a great color scheme. Plus, he treated Luke Skywalker's after a nasty Wampa attack, so that's something too. Oh, and gave Luke a new hand. Dang, 2-1B. You're a boss! Let's check this guy out after the break... 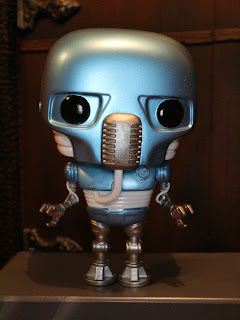 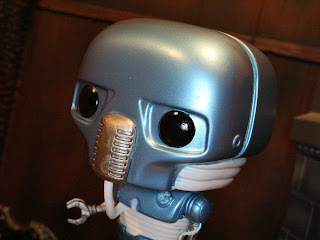 * The head sculpt is great on 2-1B. It looks just like him! The paint scheme is excellent, too. I love that metallic blue. It's such an appealing color. 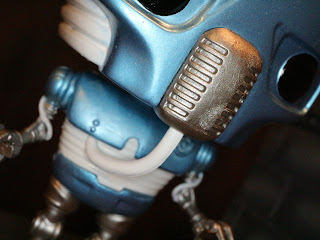 * 2-1B has a vocoder unit where a human mouth would be and it's connected to his chest by a cord of some sort. The cord is actually made of a rubbery plastic and it really looks impressive. I don't see this sort of effect of an extra piece that attaches the head to the body on POP! vinyls often. 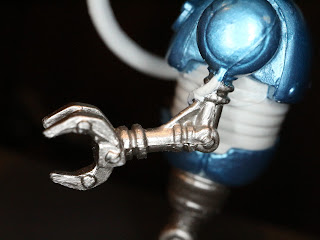 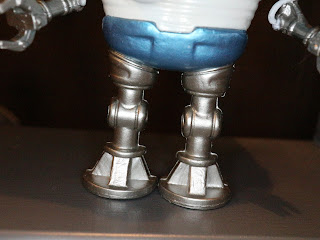 * The legs are also nicely sculpted. The figure can absolutely balance on his own without the stand if you so desire. 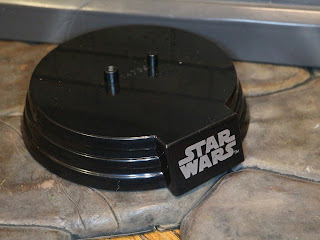 *  2-1B comes with the same stand that all of the Star Wars POP! figures come with, and I still like it. These are really cool. I kind of wish every POP! came with a stand. It just makes them look so much better and display so much more securely on the shelves. 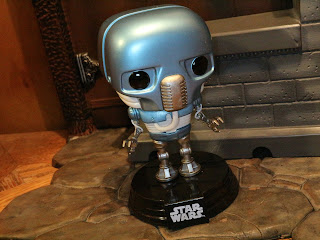 I just kind of stumbled upon 2-1B (I wasn't actively seeking him out) and I'm quite glad I did. He's an excellent POP! vinyl of a character who ticks off so many boxes on the Star Wars list of greatness: ESB character? Check. Droid? Check. Had a vintage Kenner toy? Check. Metallic blue? Check. 2-1B is a really fun figure and looks awesome hanging out with other droids. There isn't an FX-7 POP! vinyl, but it's only a matter of time, right? Maybe we'll see one at Toy Fair 2018!