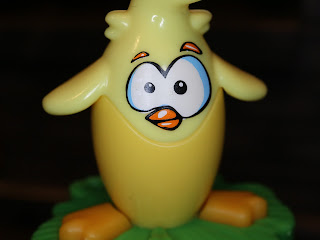 Having a four year old and being a minifigure collector, there is definitely a heightened interest in various candies like Yowie and Kinder Joy in my home. Recently my daughter and I picked up some of the recent Kinder Surprise eggs that feature an Easter theme and we both ended up with this little yellow chick. This is definitely not the typical type of minifigure I collect but I figured I'd show it off for anyone interesed. Let's take a look at this little yellow chick after the break... 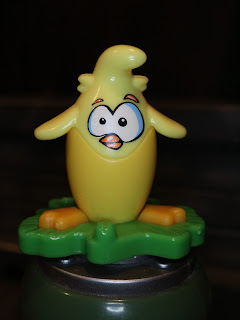 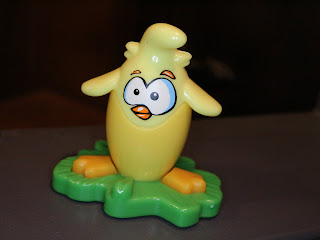 * The Yellow Chick is actually built from four different pieces: The chick's head, the egg, the feet, and a grassy base that holds stuff together. The idea is that the little chick is popping out of an egg with its head and feet poking out. The chick has a few little tufts of feathers sculpted on while the face is printed on. I kind of like this little guy. 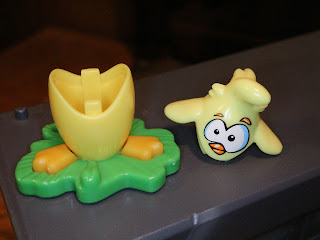 * The chick is removable from the egg. Taking it off reveals a little nook to store a small role of the included stickers. 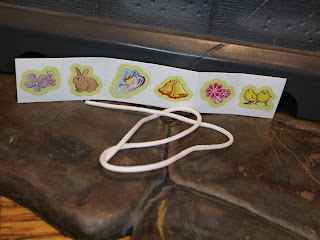 * The Yellow Chick also includes a roll of six Easter/ Spring themed stickers and a string that can be used to keep the chick attached to the base. There's a little hole on the base and on the back of the chick so you can use the string as a tether. I didn't put mine on as I'm more just interested in the minifigure aspect of this little fellow, but it's worth pointing out. 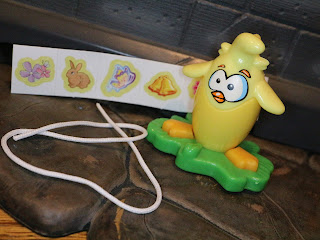 This is a pretty fun little guy. Maybe not worth hunting down or anything but still fun. My kid likes these and I dig the candy and the thrill of opening the package and discovering what's inside, so I can't be too upset. The chick is a Good little mini that might make a cool Easter decoration for a small display or just a fun little guy hanging out on your desk. Do you dig the Kinder Egg/ Kinder Joy stuff? If so let me know! Maybe I'll keep covering these cool little trinkets.