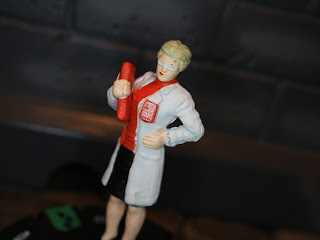 Let's take a quick break and check out another cool little minifugre from last year's Harley Quinn and the Gotham Girls series of HeroClix series: It's Dr. Harleen Quinzel! The Dr. Harleen Quinzel figure from DC Collectibles' Arkham Origins line is one of my favorite action figures ever and I'm also incredibly partial to the Lego version of Dr. Quinzel, too. I was delighted to pull Dr. Quinzel from the HeroClix booster I pulled! I've never played the game but I love the little minifigures. Harley is a simple paint variation of the "army builder" Asylum Doctor #11 although I imagine that it's moe accurate to say the Asylum Doctor is based on Harley's sculpt. Let's take a quick look at this minifigure after the break... 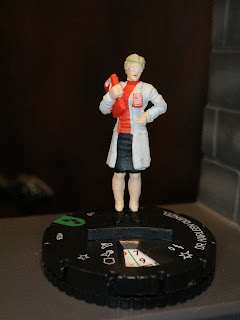 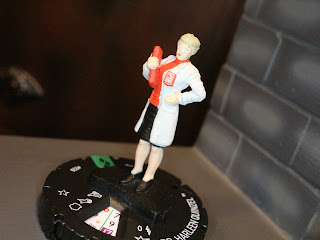 * Harleen is wearing a pretty standard outfit of a red sweater, black skirt, and a white lab coat. She's carrying a red clipboard and has a red ID badge on her coat. You can actually see the word "staff" on it in teeny, tiny letters. Her paint job is much nicer than the paint job of the Arkham Doctor. 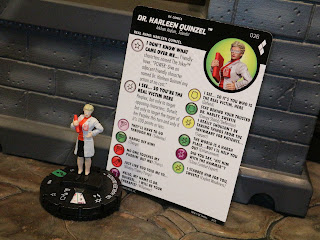 * Of course, Harleen includes the standard HeroClix rotating base and the game card. I don't play but I like the quality of the pieces. 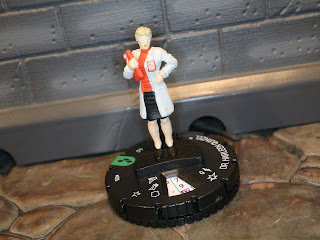 * While Dr. Harleen Quinzel isn't the most exciting figure, I like her for what she is. She's definitely one of the more popular "citizen" DC characters, isn't she? She's a bit more exciting than the Asylum Doctor and is a Good and a 1/2 minifigure. I have no idea how she would function in a game but she makes a pretty cool little extra for a Harley Quinn collection.


I've reviewed so many Harley Quinn items that she has her own review page. Check out the Harley Quinndex for more reviews!

For more HeroClix reviews check out the following: