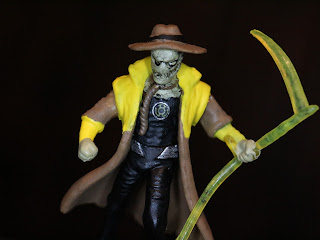 Today I'm taking another look at a figure from the pack of HeroClix boosters I picked up a week ago. This time it's the Sinestro Corps version of Scarecrow, a very cool minifigure/ game piece from the time when Scarecrow was deputized as a Yellow Lantern to fight against the Black Lanterns. Sinestro. Let's take a quick peak at him after the break... 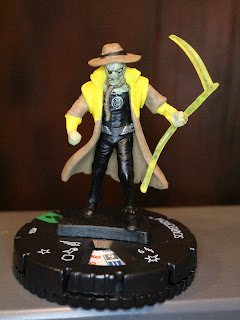 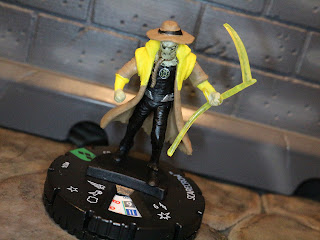 * This is a wonderful minifigure. I love the effect of his flowing coat, the noose around his neck, and his translucent scythe. The paintwork is pretty nice for how small he is, particularly on the symbol on his chest and on his mask. 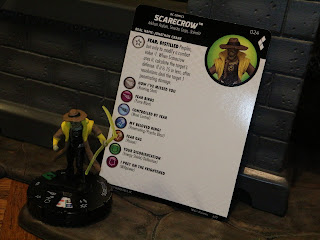 * Like other HeroClix figures, Scarecrow includes a card that shows off his various in-game moves and powers. It also has some facts about Scarecrow. 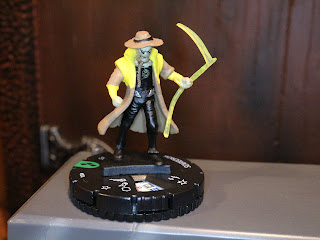 Scarecrow is quite possibly my favorite miniature from this set. His sculpt and paintwork just look fantastic and I am really quite fond of that translucent yellow scythe. It's just impressive and instantly eye catching. If you're a fan of the Scarecrow, a Batman character who doesn't get a ton of merchandise, this isn't a bad little extra to add to your collection. He is definitely a Great minifigure and well worth your time.