Minifigure Review: Pack A (Red) from M.U.S.C.L.E.: The Worst by Super7 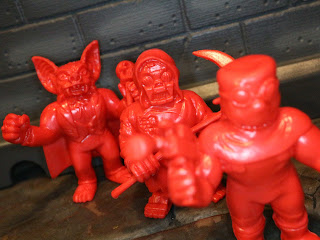 On Valentine's Day Super7 released a few sets of red minifigures to celebrate. I've already reviewed the 3-pack of Iron Maiden M.U.S.C.L.E. figures and now I'm checking out Pack A of The Worst M.U.S.C.L.E. figures.  I've already reviewed these same three figures cast in purple but now I get Batula, Robot Reaper, and the Gas Phantom cast in a lovely blood red. What a way to celebrate Valentine's Day, huh? This is going to be a pretty quick review as I've already talked about these guys extensively but I do have a few pictures of the figures and the packaging after the break... 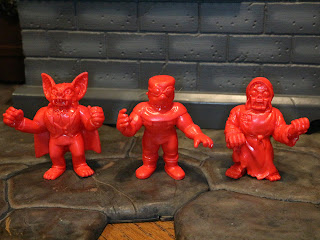 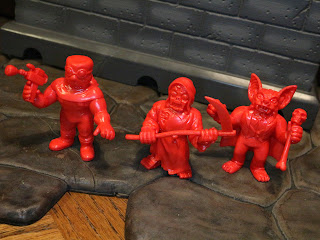 * Again, these are the same figures as the Purple Pack B (it seems that either Super7 swapped A and B around or I misidentified the purple Pack B) but now cast in a nice deep red. They look great and are easily the best M.U.S.C.L.E. figures Super7 has released in terms of their sculpts and plastic quality. They feel more like the classic M.U.S.C.L.E. figures than most other minifigures do which I think is a huge positive. 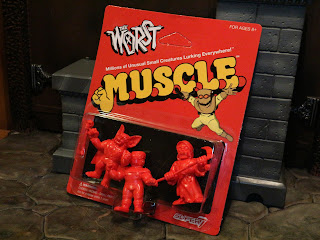 * The packaging is pretty similar except this time it is red. That's cool, right? 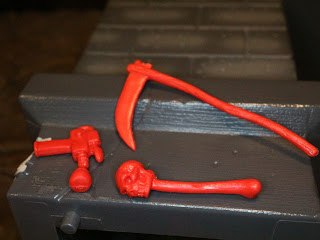 * One of the most unusual things about this set is that it included tiny weapons for all three figures. Gas Phantom and Robot Reaper have very tight grips on their weapons but the skull staff does tend to fall out of Batula's hands a little too easily. Still, it's cool to see weapons in this scale. 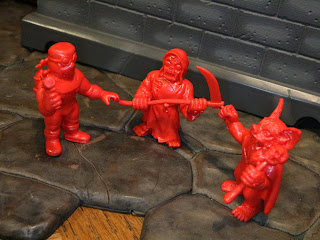 I don't think I like the red plastic as much as I like the purple plastic but, still, this is an Epic set of minifigures. For $6 these guys are some of the best minifigures you're going to find. Super7 seems to have a lot of releases coming out in 2018 (unfortunately they're starting to use blind boxes it seems- Yuck!) so hopefully the excellent quality continues. Robot Reaper and the Gas Phantom are my two favorite The Worst characters and they, along with Batula, deserve a prominent place on your minifigure rack. 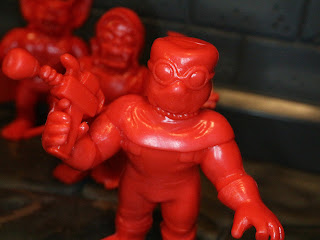 
If you're looking for more M.U.S.C.L.E. figures, check out the following: