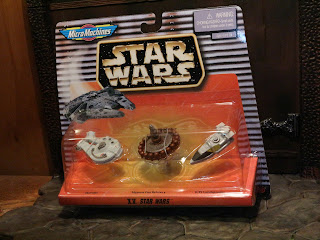 Recently I found a great deal on a set of three classic Star Wars Micro Machines vehicles I did not own. I even found them in the package still! Today I'm checking out Collection XV from the 1998 release of Star Wars Micro Machines. 1998 was pretty much the last hurrah for classic Micro Machines as in 1999 things went completely into The Phantom Menace mode. While there were some great vehicles and sets released in the Episode I product line, it wasn't the classic Original Trilogy stuff that Galoob was so gosh darn good at. Of course, this set isn't based on the Original Trilogy, either. Not exactly, anyways. This set features vehicles from the 1997 Special Editions! How cool is that? While they've since been superseded by the 2004 DVD releases and the 2011 Blu-ray releases, the release of the 1997 Special Editions was such a huge event. I was in 7th grade when the Special Editions were released and, for me, it was my first chance to watch the films on the screen. There was a lot of merchandising support for the films which is why much of Galoob's 1998 new releases contained elements from those films. Let's check out Dash Rendar's Outrider and the V-35 Landspeeder from the Special Edition of A New Hope and the Tibanna Gas Refinery from The Empire Strikes Back after the break... 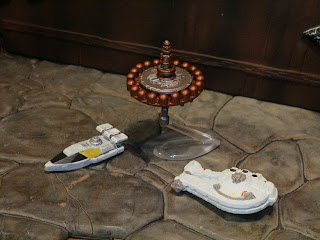 Includes, from left to right: V-35 Landspeeder, Tibanna Gas Refinery, and the Outrider. 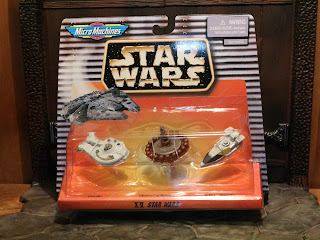 * Here's a quick look at the packaging. This is the style of packaging that Galoob switched to for the 1997 line during the year of the Special Editions and they kept it throughout 1998 until the line switched its focus to Episode 1. 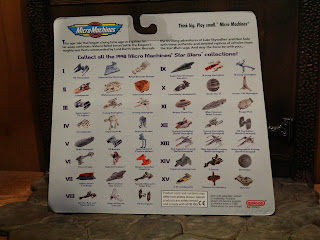 * Here's the back of the package, showing off all of the models that were available in the 3 packs at this time. 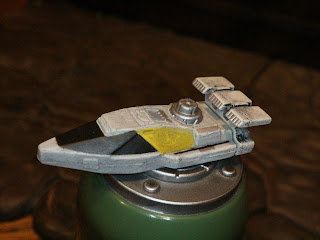 First up is the V-35 Landspeeder. The V-35 was released earlier in the line in black and green as the Lars Family Landspeeder in Collection X, a vehicle that does appear briefly in the original film. The V-35 this model is based on zooms past the camera in one of the early Mos Eisley approach scenes. It's a great model with excellent weathering and paintwork. 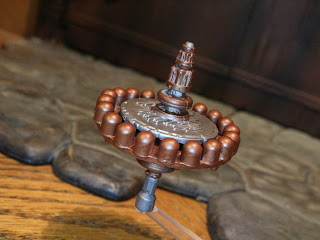 The Tibanna Gas Refinery is from the Special Edition of The Empire Strikes Back and replaced a Cloud Car in one of the Cloud City establishing shots. This is a really cool looking model and one that I would wager many Star Wars fans may not readily recognize. It's kind of a blink and you'll miss it vehicle/ space station and a pretty slick addition to the line. 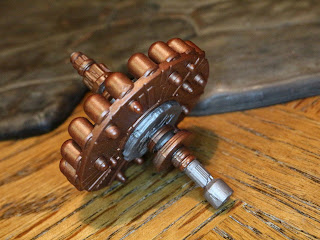 * One of the slightly frustrating things about this model is that there is no way to stand this one up without using one of the clear plastic stands. Unfortunately, Galoob did not include stands with this set which is quite odd. I don't remember them dropping them during the 1997 line so they had to go missing from packages during 1998. 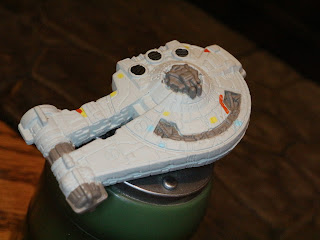 Dash Rendar was one of the new characters introduced in the 1996 multimedia entertainment project Shadows of the Empire and his ship, the Outrider (or one extremely similar to it) appears in the sky above Mos Eisley. The Outrider has a pretty interesting appearance and this model captures it well. The paint applications are nice, particularly for such a small ship. 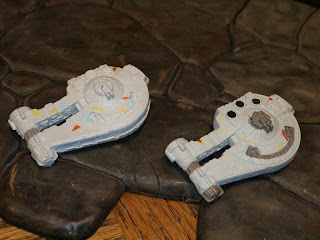 * The Outrider was released earlier in Collection III of the Shadows of the Empire Micro Machines series. The earlier Outrider is on the left and features fewer paint applications than the 1998 model. I'm glad Galoob released the later version with the cannons and other significant details on the hull painted. 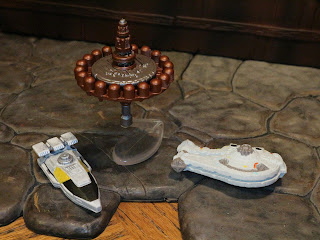 This is a Great and a 1/2 set of Micro Machines. I love how obscure a couple of these are, especially these days when so many elements of the Special Editions and EU projects like Shadows of the Empire have been forgotten. While I just picked up this set I absolutely have a nostalgia for this time period in Star Wars fandom and for Galoob's excellent Micro Machines line. I like the vehicles Hasbro has released under the Micro Machines brand and I do hope they'll continue it in the future. For now, nothing compares to the original micro models from Galoob.

For more Star Wars Micro Machines from both Galoob and Hasbro, check out the following: