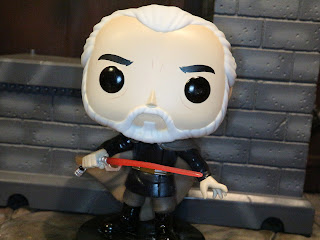 The theme for the January Smuggler's Bounty crate was "Sith" and included in the set are some cool little items that feature various characters who wield the powers of the Dark Side of the Force. Today I'm checking out the POP! which is always one of my favorite things in each pack. If it weren't for the ridiculous amount of chase figures and exclusives Funko puts out I'd probably be all in on these as they arguably have a better character selection than Hasbro at the moment. Plus, they're just so darn cool. Count Dooku is one of my favorite prequel characters and while I feel he was quite underutilized he's absolutely perfect whenever he shows up. Christopher Lee absolutely adds a special gravitas to his scenes in Episodes II and III regardless of any other silliness that may be going on in the films. I do believe this is Dooku's first appearance as a Funko POP! vinyl so the release of this guy seems like a pretty big deal. Let's check him out more closely after the break... 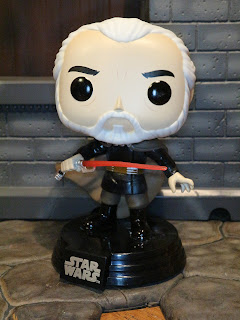 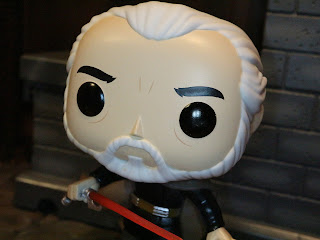 * Funko did an excellent job of nailing Christopher Lee's likeness in the POP! aesthetic; the lines on the face, the facial hair, and the eyebrows all make this very recognizable even with the extremely stylized sculpt. He's awesome looking! 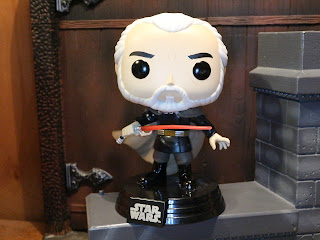 * I love Dooku's pose. He's not just standing around but standing around with style. His feet are spread apart in a bit of a battle ready stance while his left hand looks read to launch some Force lightning. Looking at this figure, I can almost hear Sir Christopher Lee say, "It is obvious that this contest cannot be decided by our knowledge of the Force... but by our skills with a lightsaber." 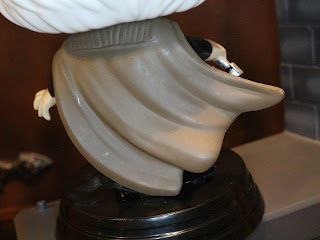 * The way his cape is blowing is really cool. It's a nice effect not often seen on POP! figures. 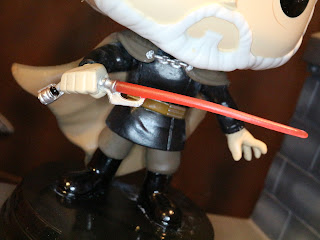 * Dooku has one of my favorite lightsabers due to his unique hilt that's designed with a curved grip. Funko has nicely recreated it here and it looks great. I love the way Funko handles lightsabers on these little guys. 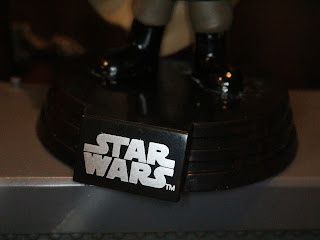 * Count Dook comes with a stand like the other Star Wars POP! figures. Again, I love the look of these although this one is not removable. It still looks nice, and I use them with all my Star Wars POPs, so Dooku won't stand out. 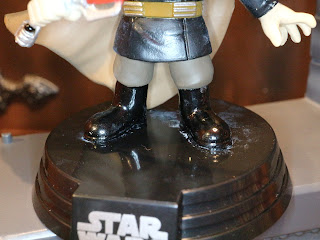 * So yeah... Count Dooku's stand is not removable. That's unusual, isn't it? They've always been removable before. My guess is that perhaps there has been a licensing agreement change with Hasbro and now the bases have to be attached. The glue looks a bit messy on this one so maybe this was a rushed effort? 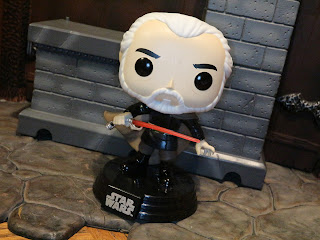 The permanently attached stand is a little different, isn't it? I'm not terribly bothered by it but it definitely is something unique to this figure. Of course, so far as I know, this is the first new figure of 2018, so maybe that's a new thing. Still, Count Dooku is a great POP. His face is recognizable, he's in a great pose, and he looks fairly menacing on the shelf. I'm really liking him and can't wait to display him alongside some other bad guys.

This is actually the first figure of Count Dooku/ Darth Tyranus I've reviewed on this site! For more Star Wars POP! reviews, check out the following: