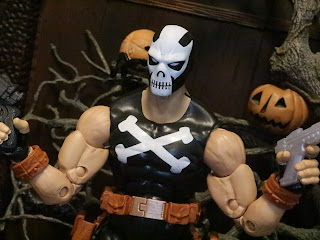 So 31 Days of Toy Terror- Skeletober isn't just going to be Skeletor reviews and it's not just actual skeletons, either! Sometimes you're going to get reviews of people in skeleton themed costumes! Today I'm checking out a bad guy whose name and costume definitely use skeletal imagery to intimidate his opponents: Crossbones! There have been a couple Marvel Legends Crossbones figures but this most recent version was released in 2020 as part of the Crimson Dynamo series that was intended to tie in with the Black Widow movie but that ended up getting released over a year before the film finally came out. Brock Rumlow has been a pretty major threat in the Marvel Universe since his appearance in 1989, serving as an assassin and mercenary for some of Marvel's most heinous villains, and he ended up being pretty significant in the MCU as well. This is a rather classic comic book look for Rumlow that definitely shows off why he goes by the name of Crossbones. There's just something kind of spooky about someone who uses the imagery of death on their costume, isn't there? Let's take a look at Crossbones after the break... 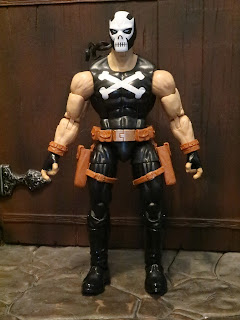 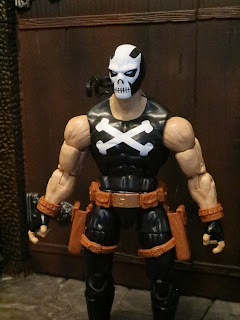 The Positives:
* Brock Rumlow is a big guy and Crossbones is a big figure. He's almost 7 inches tall and is built using a super muscular body. He's wearing a rather simple outfit consisting of black pants, a black tank top with a crossbones logo on it, and some shiny black boots. That's it! He looks like the comic character, though, so what else would you want? I did have the older Hasbro version with the flack jacket at one point but I sold him off years ago. I'm glad to get a new version with the modern Marvel Legends build. 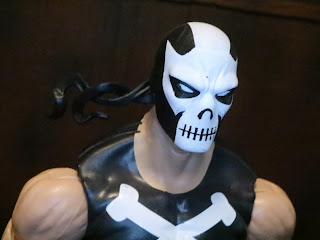 * Crossbones wears a simple skull themed mask that's black and white. It looks like something you'd see a luchador wear! It also has some tails hanging from the back so I guess it kind of ties like a bandanna or something. 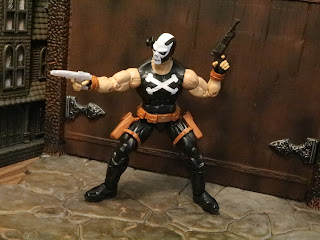 * Perhaps it's because he's such a large figure but Crossbones feels a bit different than your average Marvel Legends figure. He feels a bit lighter with more hollow pieces. That's probably to keep him from being crazy heavy. His articulation isn't really affected, though, as he still has all of the joints you'd expect and a pretty decent range of motion. He looks great wielding two weapons at one time! 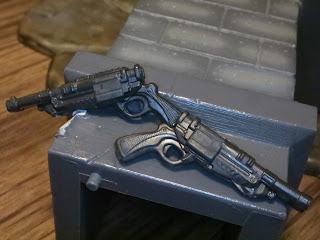 * Crossbones come with quite a few firearms. First up is a pair of double barrel shotguns that look like the NERF Barrel Break IX-2. I've had at least One Marvel Legends figure who has came with one of these before but I can't remember who. They fit great in Brock's hands and I can imagine he's strong enough to manage dual wielding weapons with this much kick. 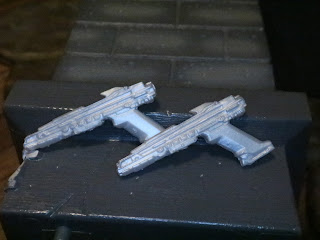 * Next up are two somewhat futuristic pistols that I'm sure I've seen before. They have a nice sculpt and kind of remind me of the Laser Tag pistols. 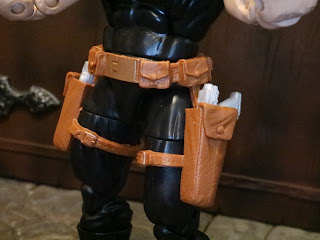 * Crossbones has a really cool belt with two holsters that he can stow his pistols in quite nicely. There are also lots of pouches and a belt buckle with a painted buckle. 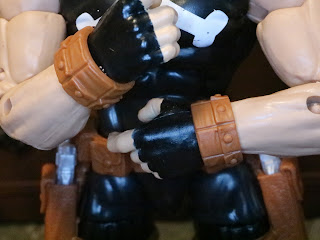 * He's even got some pouches around his wrists. Extra storage close at hand, right?

*Remember that if you bought this guy knew he would have came with the right arm of the Crimson Dynamo build-a-figure. 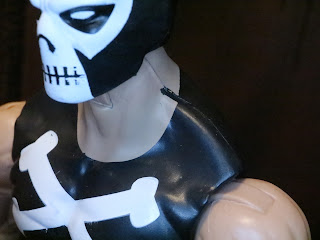 * There's some weird black paint that runs up the mold line on Crossbones' torso. The place where his torso connects is quite noticeable and the paint just makes it even more obvious. 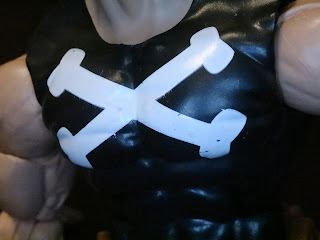 * The white spots on Crossbones' outfit definitely have some little black flecks where some paint got mixed together. It's not terrible but it is a noticeable QC issue. 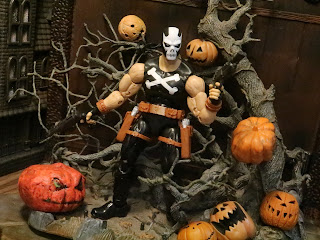 I picked up Crossbones earlier this year, probably while The Falcon and the Winter Soldier was still airing and when I started getting back into Marvel Legends. He was getting tougher to find but I managed to snag him still at retail (maybe even for a bit less) from Dorkside Toys. He's a solid figure, especially if you like the gun wielding baddies. While he's primarily a Captain America villain he's a great baddie for guys like the Punisher to go up against, too. He may not be the spookiest figure on the list this month but he'd definitely be pretty terrifying if you encountered him and he was looking for you! He's a Great and a 1/2 villain for your Legends collection.