31 Days of Toy Terror: Skeletober! Skelegod from Masters of the Universe Revelation: Eternia Minis by Mattel 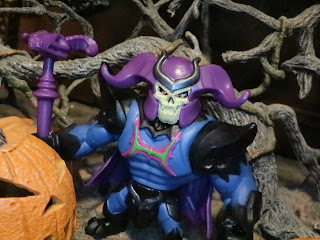 Skeletor is back again but this time he's wielding the Power of Grayskull for himself! Now we've got Skelegod on the scene! Appearing at the end of the fifth episode of the recent Masters of the Universe: Revelation animated series Skelegod was a pretty big surprise. Well, he would have been if the action figure hadn't been on shelves nearly a month before the episodes released. Well, that's OK. Honestly, I'd rather have the best, most accurate action figures of the most desirable characters rather than do whatever the heck Hasbro has been doing with new Star Wars stuff since Disney took over. Remember how it took them about two years to give us a Luke Skywalker figure from The Force Awakens? Yeah, me too. Well Mattel ain't playing and they have managed to get us not one but two Skelegods ASAP. I reviewed the Masterverse figure back in July. This one is from the MOTU Revelation: Eternia Minis line so he's quite a bit smaller. Let's check him out after the break... 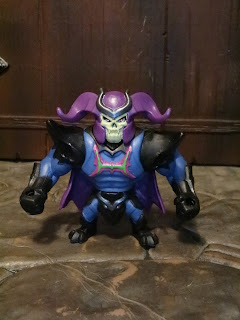 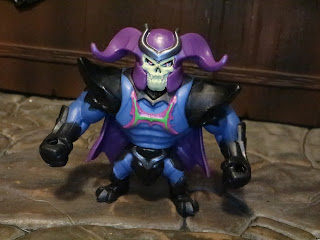 * This is a pretty cool simplified/ stylized take on Skeletor's Power of Grayskull infused look. There are quite a few more paint applications and cool sculpted elements here than you typically see on one of the Eternia Minis such as the stylized logo on Skeletor's torso, the skull-like design on his waist guard, and his massive flippin' pauldrons. He's a pretty rad looking mini for sure. 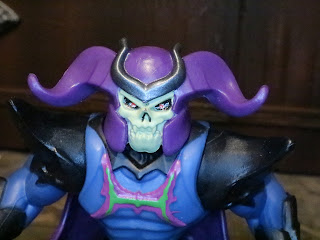 * The headsculpt is great. I love the look of he Revelation inspired Skeletor skull with his massive helmet that seems inspired by the Havoc Staff. 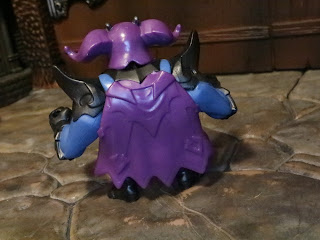 * The cape isn't removable but it is a separate piece added on that has a unique look to it. It's not just a flat sculpt; there's quite a bit of detail on it. 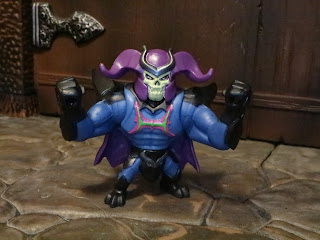 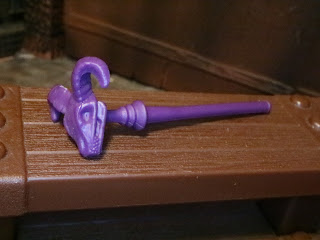 * Skeletor of course comes with his Havoc Staff and it's a nicely sculpted little piece. Good detail and a great design. 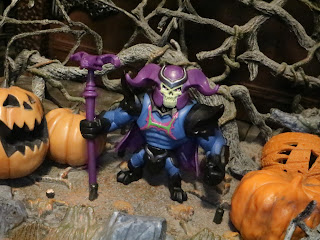 Skelegod turned out to be one of the coolest minis in the Eternia Minis line. He's a Great and a 1/2 little mini and my only complaint would be that I wish he came with a Power Sword as well since that's kind of a key factor in him having this look. Still, this is an excellent Skeletor. Even if you didn't like Revelation (I did, recognizing it's telling a very different story) you still should be able to appreciate a cool new Skeletor design. It seems like Mattel has quite a few more of these little guys in the pipeline and considering that the second half of the show hasn't hit yet who knows how long they'll keep releasing Revelation merchandise?