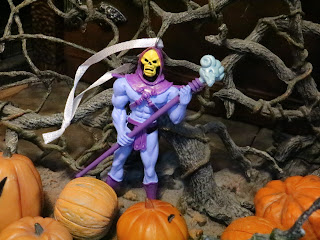 It might sound crazy to bring this up during a Halloween countdown but guess what? Two months until Christmas! Since it's October 25th I'm doing a slightly Christmas themed review today with a look at the new Skeletor ornament from Hallmark. Earlier this month I reviewed the new He-Man ornament so now we've got a foe to battle with He-Man on your Christmas tree. Hallmark released a version of Skeletor in their Keepsake Collection in 2017 (which I own) but this version is a bit different and a bit smaller. He's also only $8 dollars and you can find him on the shelves of various retailers (mine came from Walmart). Ready for a look at one of the new stars of my Christmas tree this year? Then join me after the break... 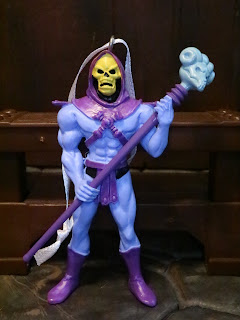 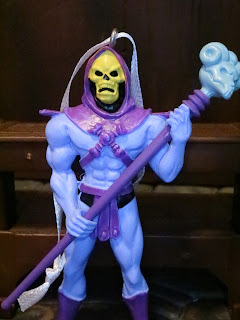 * Like He-Man from this series, Skeletor does look to be very Filmation inspired. I think it's the choice of colors, the way the skull is sculpted, and the design of the Havoc Staff. The colors are spot on and Skeletor looks excellent. He suitably muscular and evil meaning you'll need lots of heroic ornaments on your tree to shut him down. I'm going to place him surrounded by He-Man, G.I. Joe, Batman, and three Magi to keep him in check. 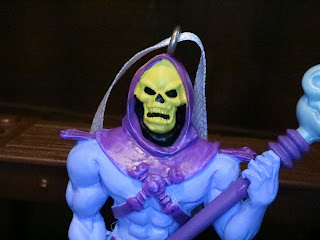 * The headsculpt does look like the Filmation design. It almost looks like he was sculpted in a laughing pose. It's a bit unusual looking up close but from the average distance you view Christmas tree ornaments (you know, when they're hanging on a tree rather than being reviewed on a website) he looks excellent. And evil. Don't let him team up with Ebenezer Scrooge and Professor Hinkle! 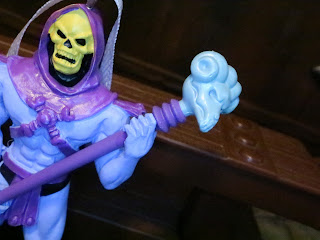 * The Havoc Staff captures the Filmation design perfectly and looks great. I love the sculpt on it. There's quite a bit of detail for a Christmas ornament. 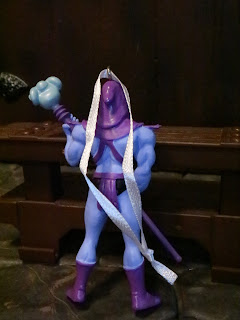 * The figure is fully painted on the back and has a white ribbon attached to the top so you can easily hang him from your Christmas tree without needing a hook. 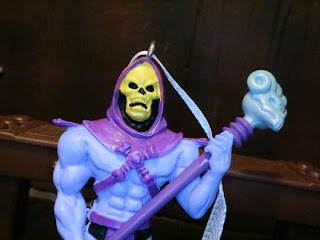 * There is a bit of messy paint on this guy, most noticeably around the edges of hood and face. You might shop around and find one a bit better (and probably some a bit worse) so keep an eye out. 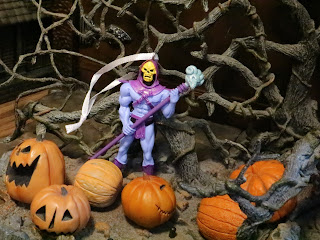 You can say what you want about 2021 but you can't deny it's been a pretty amazing year for Masters of the Universe stuff. I mean, just three or four years ago would you have believed me if I told you that you'd be able to walk into Walmart and find MOTU Christmas ornaments, Tiki mugs, and four or five different toylines? That's crazy! This is a Good and a 1/2 little Christmas tree decoration although since it's an evil skeleton with a magic staff you could use him on your Halloween tree as well if you have one of those. Could there possibly be more of Skeletor to come for Skeletober? You better believe it...
I've reviewed so many toys based on Skeletor/ Keldor that I've given him his own review archive. Check out Snake Mountain for a plethora of Skeletor reviews!