31 Days of Toy Terror: Skeletober! Killer Bat from The Worst by Super7 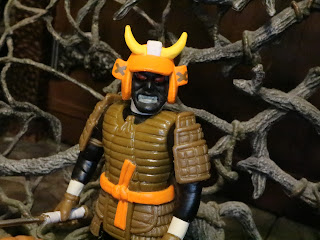 Whenever I have a themed 31 Days of Toy Terror I usually take Saturdays as a day to show off newer horror themed figures that aren't related to the theme. This year I'm kicking off the Saturdays of 31 Days of Toy Terror with a look at one of the newest figures from Super7's homegrown property, The Worst! For today's terrifying toy we've got Killer Bat. According to Super7:
The Baseball Shogun of Death is the game’s most violent player. Every game against Killer Bat is a certified “No Header”! He has never lost despite batting zero for 500 consecutive years. Every swing by Killer Bat is a strike… to your jugular! The only honor worth having is dishonor. Sudden death, no extra innings.
I've been a fan of The Worst since the line started in 2016 and I'm extremely excited for the upcoming Ultimates figures. They've appeared in 31 Days of Toy Terror a few times over the past 5 years or so and I'm glad they're back. Instead of a 6 figure series released all at once Super7 is releasing series 3 two figures at a time (Don't worry! A review of King Hell is coming!). Let's check out the true hero of battlefield baseball after the break... 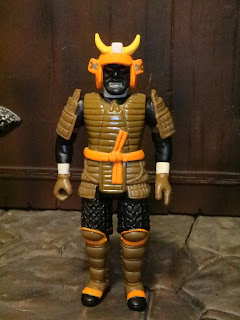 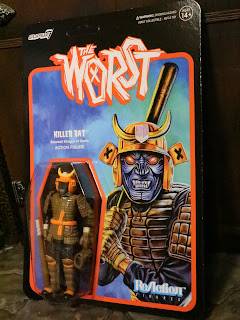 The Packaging:
* I've long loved the Ed Repka artwork on The Worst and Killer Bat is another grad slam. The packaging is so fun and colorful and it really adds a lot to the overall appeal of the line I open mine but keep the cards because they're so darn slick. 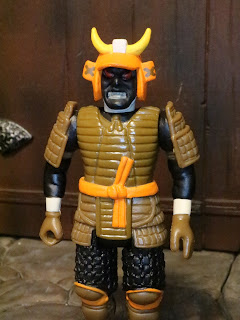 The Positives:
* Killer Bat at once has some pretty impressive sculpting while still maintaining a retro appeal that's a staple of this line. Clad in brown and orange samurai armor that also manages to have some details similar to perhaps to catcher's padding, Killer Bat kind of reminds me of some other vintage figures like Budo from G.I. Joe: A Real American Hero, Hachiman from Thundercats, and the Transformers Pretenders Bludgeon. The orange and brown color scheme, with a little black thrown in, looks great and nicely helps him stand out in the line. 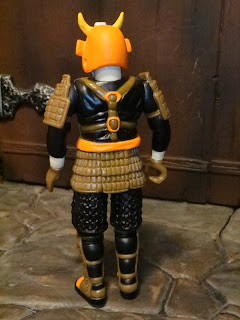 * The detail is really impressive on this guy. Check out the work on all of his padding and armor and the paintwork on his very straps. Super7 does a nice job of showing that just because a toy has a retro look to it doesn't mean it has to be lazy. 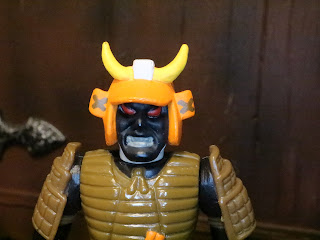 * I love Killer Bat's bright orange helmet with yellow horns on top and his terrifying oni mask. Like the best of The Worst, he looks like someone you wouldn't want to mess with. 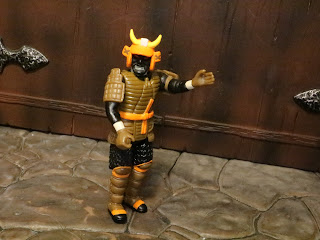 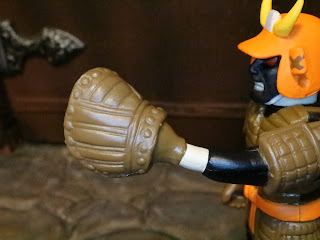 * Killer Bat's accessories are all baseball themed and first up is a baseball mitt. There's nothing particularly unusual about it but it is a bit rubbery and it fits over his left hand perfectly. Maybe it's for pitching and catching heads or something. 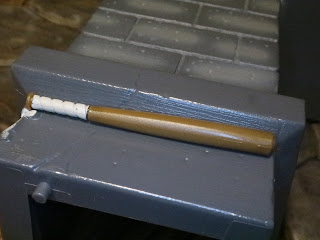 * Next up is his baseball bat which is where Killer Bat's name comes from. It has a paint app on the wrapping around the handle and it looks perfect for bludgeoning his enemies to death. 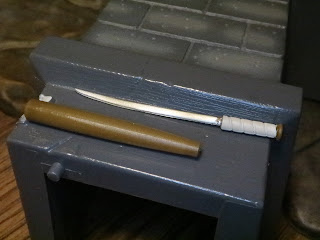 * Wait, what's this? The handle slides out of the bat and it turns out Killer Bat is hiding a katana! How cool! I didn't know about this feature until I opened the package so this was a great surprise. 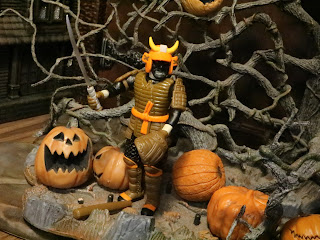 Killer Bat has some really cool accessories and a great sculpt that makes him stand out even among a group of sordid characters as wild and over the top as The Worst! His katana concealed in a baseball bat is a great little design and he's just a super fun figure. I really love how unusual these figures are and it's great to see Super7 back with a third series. Hopefully they'll reveal the rest of the figures in series 3 soon. Can the others in the line top Killer Bat? We'll have to wait and see. Killer Bat's a Great and a 1/2 figure, though, so I imagine he'll be a top contender for the best of The Worst!
This is the first figure of Killer Bat I've reviewed. For more figures from The Worst check out the following:
Batula (Midnight Special)
Black Falcon (Midnight Special)
Captain Deadstar
Cortex Commander
Frankenghost
Gas Phantom (Midnight Special)
Red Tiger
Robot Reaper (Midnight Special)
Shedusa
Snake Tut (Midnight Special)
Werewolf Biker
X-2 (The Unknown) (Midnight Special)