31 Days of Toy Terror: Skeletober! Skeletor from Masterverse/ Masters of the Universe: Revelation by Mattel 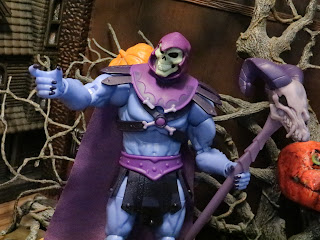 The air is getting cooler, the leaves are getting crisper, and Halloween is ever approaching! Seriously, make the best of the spookiest days of the year! Today I'm hear to add another skeletal toy review to your Halloween season with a look at Skeletor from Mattel's Masterverse line. Based on his appearance in Masters of the Universe: Revelation this 7 inch Skeletor is definitely one of the best figures from series 1. Heck, series 1 was strong all around and by now some folks have series 2 (which started trickling out in early September but mine haven't arrived yet). I've had this guy since July but I decided to hold him back so that Skeletober was a mixture of old and toys to give you the most bang for your buck. Mark Hamill's casting as Skeletor was a pretty big deal and while I think he did a good job (though he did make Skeletor sound very similar to the Joker) he didn't get enough time to truly shine in the first five episodes. Of course, neither did He-Man. Hopefully the second half of the show will give us more focus on those two. Mattel released both this standard Skeletor and the Skelegod version of the character in series 1 but since I reviewed Skelegod back in July it's well past time to check out the standard version of the Evil Lord of Destruction. Join me after the break... 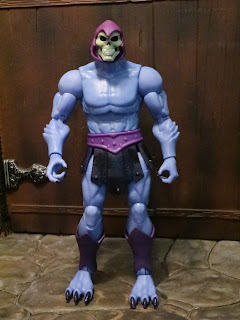 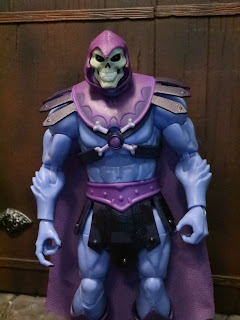 The Positives:
* Like most of the MOTU: Revelation designs from before the deaths of He-Man and Skeletor this one is very classic. The figure is a bit more animated/ anime styled to match the show but you can clearly see all of the elements you'd expect from Skeletor. His armor is very traditional with different shades of black and purple (including some unusual purple paint apps on his waist armor) and it's actually made from two separate pieces. His harness is removable as are the shoulder pads. Just pop off his head! Skeletor is super muscular but more slender than a Masters of the Universe Classics figure with something more like modern comic book proportions. 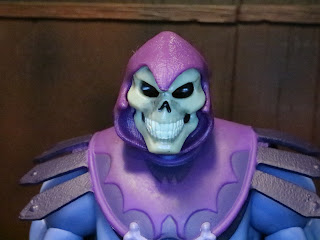 * This isn't my favorite Skeletor headsculpt ever but it's still very good. It looks very skull-like, as it should, with a more traditional bone colored appearance. No yellow or green or anything. His face is quite expressive as are his eyes. Well, his eye sockets, anyways. 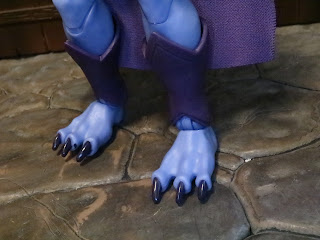 * Skeletor isn't sporting boots here. Instead he has his monstrously clawed feet. Don't let him step on your foot if you're not wearing shoes! 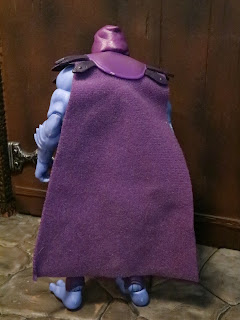 * Skeletor has a removable cape that's actually made from soft cloth. It's a simple piece but it looks really nice and fits on the figure well (it fits around his neck and underneath the shoulder armor). 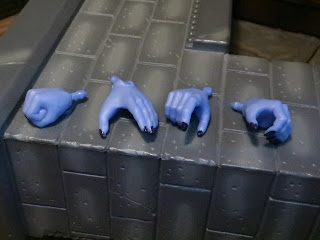 * Check out the multiple interchangeable hands old bonehead comes with! He's got a right fist, a left gesturing hand, a right pointing hand, and a left standard grip. They swap easily and you can have some fun making Skeletor express himself! 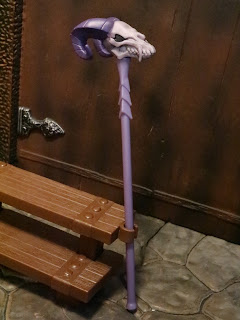 * This might be the best action figure sized Havoc Staff released yet! It's a fantastic sculpt with some cool details on the handle and an incredible headpiece. 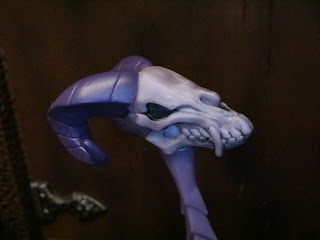 * Seriously, doesn't that sculpt and paintwork just look amazing? I love this! The dark wash on the ram skull really makes it look quite creepy. The headpiece is removable, too, in case you want to use it on its own for any reason. 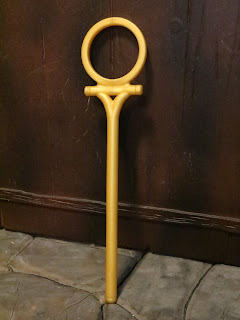 * Skeletor also comes with the Shaping Staff, the magical artifact he uses to enter Castle Grayskull disguised as the imprisoned Spikor. The Shaping Staff was used in the Filmation series and was included with the Masters of the Universe Classics Entrapta figure as a bonus accessory but this is an all new accessory. 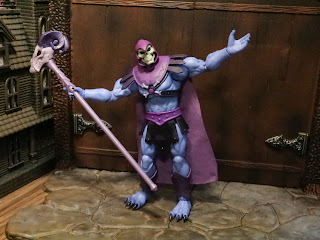 * I really like the articulation on these. They're probably some of the most well articulated Mattel figures outside of their WWE Elite lines. They're well articulated, durable, and most joints have a great range of motion. They're really fun to play with and you can get some great poses out of them thanks to the balljointed midtorsos and lots of double hinged joints. 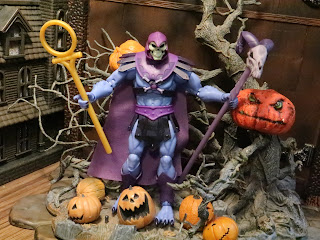 I really think Skeletor is a pretty Epic figure. I've been very impressed with the Masterverse line so far and it gives me high hopes that Mattel will keep the line going with lots of releases from both Masters of the Universe: Revelation and other MOTU stories and media. This is a great basic Skeletor that feels like a mixture of the 200x and MOTUC Skeletors with modern articulation. The multiple pieces of armor, the cloth cape, and the fantastic accessories really make for an impressive figure. Even if you're not a fan of Revelation you definitely want to give this Skeletor a try. He's a great toy!