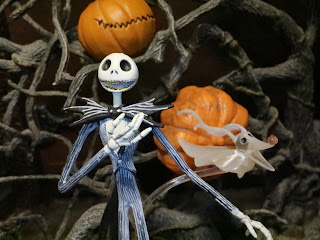 Skeletober continues with a popular skeleton who isn't Skeletor; It's Jack Skellington, the Pumpkin King! One of the Halloween royals, Jack Skellington has become one of the most enduring and beloved icons of Halloween (and Christmas) and he often makes an appearance for 31 Days of Toy Terror. The Nightmare Before Christmas is one of my favorites and I'm always excited to review some of the various toys based on the film, especially in October. I've actually reviewed a couple of these figures from Jun Planning in the past (Oogie Boogie in 2017 and Dr. Finkelstein in 2018) so it's nice to get another one covered. These were released in 2010 and they came in little boxes (marked, not blind) so the set was fairly easy to get. The figures arrived in multiple pieces and you snapped them together like a simple model kit with no glue or paint required. We keep these and many other Nightmare Before Christmas items displayed in a china cabinet in our dining room year round! Let's check out Jack Skellington and his best pal Zero after the break... 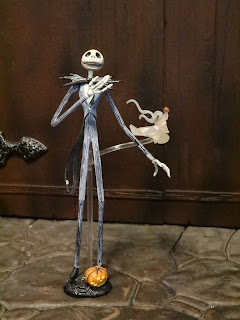 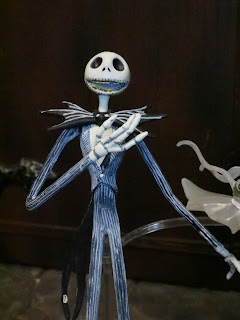 * Jack Skellington has such a strong, amazing design and Jun Planning really did a nice job with this rendition of the character. Since he's not an articulated figure and held up by a display rod Jack is suitably tall, thin, and spindly. The paint work is excellent here, especially considering how tiny he is. Even his finger joints are painted and the pinstripes on his suit look excellent! 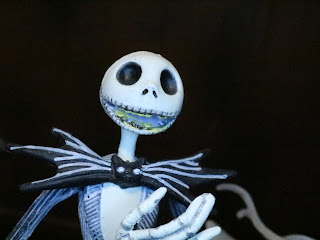 * Jack's headsculpt is fantastic! Seriously, it looks just like him. Yeah, he kind of has a simple look but the way that he's rendered here just feels so true to Jack's look in the film. Bravo! 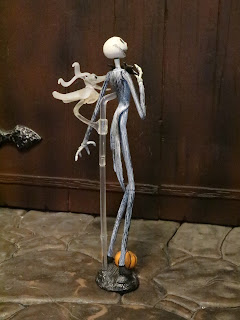 * NECA made Nightmare Before Christmas toys for years in the early-mid 2000s but one of the problems with their Jack Skellington figures was that they were fairly brittle and fragile. It's kind of the curse of Jack Skellington figures: They're either not proportioned correctly or they tend to be overly fragile. It's tough to keep him standing upright due to his proportions but Jun Planning placed this figure on a base with a clear plastic rod that keeps him standing and it really works well. These are mini statues for the most part and the design works quite nicely. 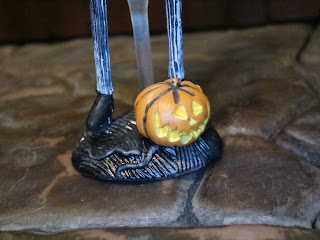 * Jack's base is covered with a cheerful, glowing jack o' lantern and some wonderfully atmospheric vines. I love it! 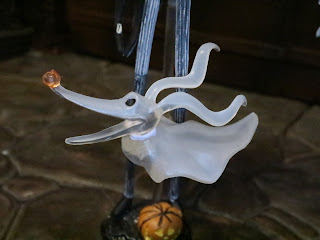 * What's the coolest part of this set? In my opinion it's Zero! How cute is this guy? He's got a cool pumpkin nose, he's made from translucent plastic, and he just looks perfect. He's also attached to a clear plastic arm that allows him to sit at different positions and heights near Jack, keeping him floating along. 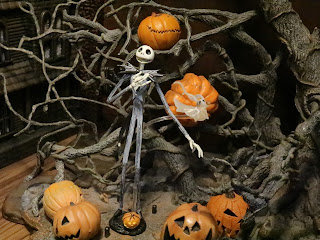