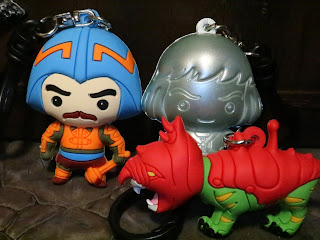 Back in 2020 I reviewed the full series of Masters of the Universe Figural Bag Clips from Monogram International. They're simple little rubbery bag clips with a cool style and while they were blind bagged, which was super frustrating, I really did like them. This past summer Walmart had an endcap filled with exclusive collectible items and two boxed sets of the bag clips were part of that display. The two sets each feature two new bag clips and one with an exclusive paint scheme. I'm going to be reviewing both of them but since this month is so heavy on the villains with Skeletor being the star of 31 Days of Toy Terror: Skeletober I decided to start with the Heroic Warriors. Let's check out this cool Walmart exclusive 3-pack of Man-At-Arms, Power Sword He-Man, and Battle Cat after the break... 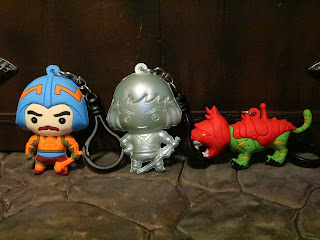 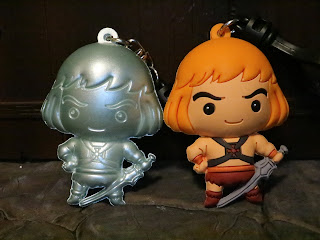 Comparison:
* On the left is Power Sword He-Man from this 3-pack while the standard He-Man bag clip from last year is on the right. This is a simple repaint of this clip with He-Man now molded in silver plastic with no other paint details. It's a bit lazy but at least it's something different than just a repack of the standard He-Man. 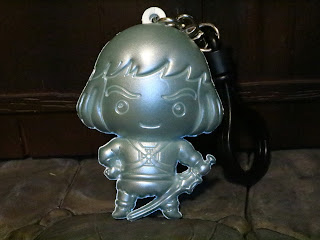 The Positives:
* Power Sword He-Man isn't the most exciting inclusion but silver and gold versions of characters do seem to be popular. Are we somehow programmed to believe that these are more valuable than your standard toys? I do like the look of the silver color used here, though. It's quite eye-catching and the style is still really cool. I love the cartoonish, Scribblenauts-inspired design of these little guys. 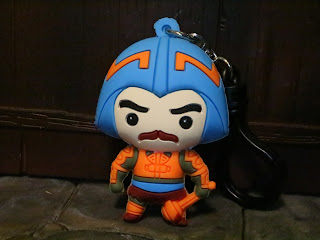 * Man-At-Arms is awesome and probably my favorite bag clip in this set. He's pretty detailed. I really like how the details on these are etched into the plastic rather than sculpted or painted on. It's a great feature that just makes these stand out. Man-At-Arms has armor on both arms so with the inclusion of his mustache I'm presuming he's Filmation inspired. He's also wielding his trusty battle mace. 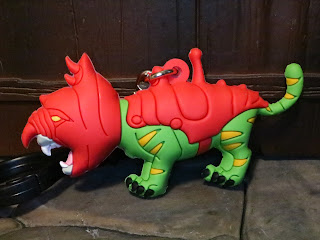 * Battle Cat is really cool. He's shorter than the res of the figures but longer and just a fantastic rendition of the vintage toy. The teeth, strips, and the yellow eyes are excellent. 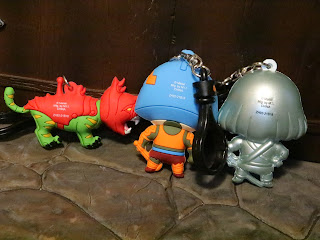 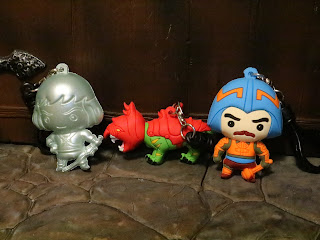 Man-At-Arms and Battle Cat are fantastic though Power Sword He-Man is a bit underwhelming. Not bad, just not as exciting as a fully painted character. I do like that these aren't blind bagged so you're able to buy the full set in one go. They do cost a little more though. When the figures were blind bagged they were $7-$8 bucks each but here it's $25 for three. You're not getting a discount at all. It's a Good and a 1/2 set if you're into these. I really like the style of these and considering you're getting two new characters it was a nice surprise.

I've reviewed so many toys of He-Man and Man-At-Arms that they have their own review archives: Check out the Fabulous Secret Powers, and the Man-At-Armory for reviews of more toys based on those characters!