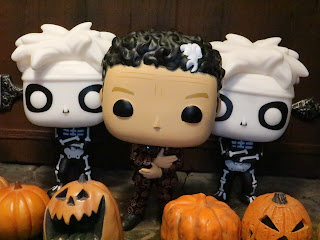 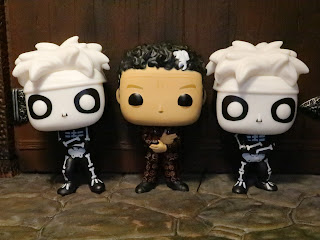 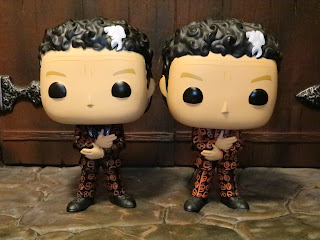 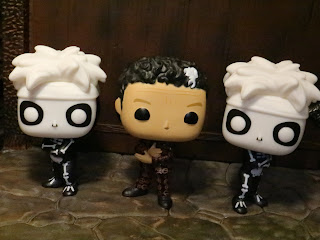 The Positives:
* David S. Pumkins and the Skeletons are posed like they just finished dancing and struck a pose to frighten their audience. They've all got crossed arms and the swivel heads that pretty much all POP! vinyls have. You can just hear the Skeletons saying "Ready or not here we...dance?" 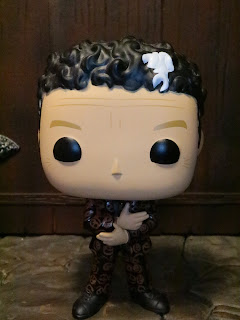 * This is a simple variant of the standard figure but it's still pretty good. The pumpkins aren't as bright but David S. Pumpkins is in a great pose with some very cool hand gestures. Just give him a cape and some guns and you've got David S. Pimpkins! It's a very basic POP! but David S. Pumpkins looks like a fairly normal guy. Until he appears behind you on the final floor of 100 Floors of Fright... 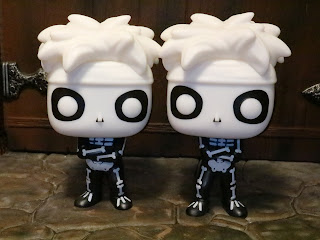 * The Skeletons are the obvious draw of this set as they were never available on their own. They're wearing form fitting black suits with bones painted on and while they're in similar poses they do have different body sculpts. Bobby Moynihan, AKA Oprah, is on the left and is a bit huskier while Mikey Day, AKA Tommy Lee Bones, is thinner and a bit taller. The bones are quite neatly stamped on and look pretty cool. 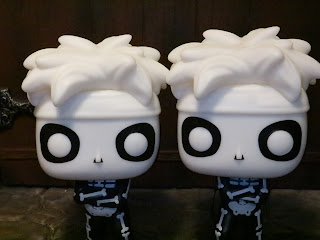 * As far as I can tell both Skeletons have the same headsculpt. That's justifiable for something stylized like this though Moynihan clearly has a beard painted white in the show.  I love the design with the wild white hair and the simple black ringed eyes. It works, especially considering these guys aren't really actual skeletons. 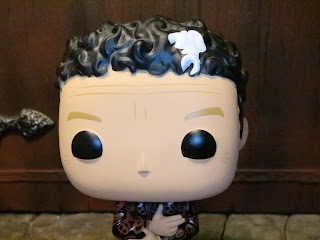 * The headsculpt on David S. Pumpkins definitely does a solid job of capturing Tom Hanks' likeness as the character. There are some details like brow lines and the lower eyelids that help to capture Hanks' look. David S. Pumpkins also has the white streak in his hair that he's known for. Why? Because that's his thing, baby! 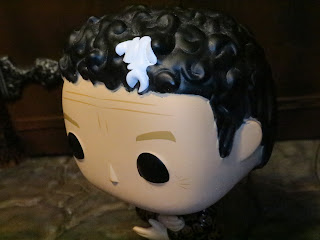 The Negatives:
* Like the standard figure, David S. Pumpkins has some missing paint around his ears. It's not terribly noticeable unless you're looking at him from the side, but it's there. Don't let David S. Pumpkins ruin your night, though. 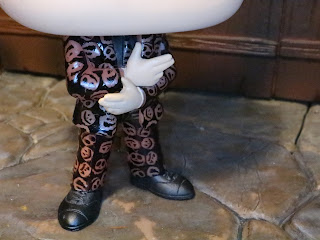 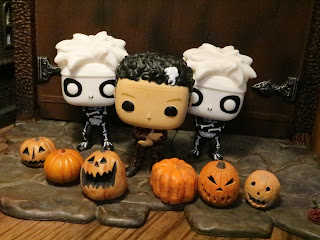