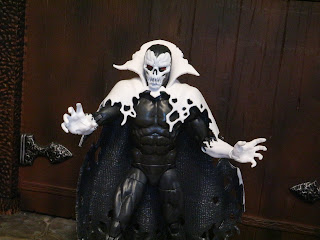 Last weekend on a trip visiting my wife's parents we decided to stop in Columbia, SC, eat lunch, and visit Heroes & Dragons. I had been there a few years back while in town for business and was excited to swing by again. It's a great store with a crazy selection of new and used action figures, both vintage and modern. I ended up not buying much there this visit but I did leave with a loose D'Spayre figure from Hasbro's Marvel Legends Series. While he's comic based, D'Spayre is part of the Doctor Strange in the Multiverse of Madness series of figures that started showing up in February. I didn't jump on D'Spayre when I first found him but after reading some of his earliest appearances when he showed up in X-Men, I decided I wanted to add him to my collection. When I found him loose for a good price at Heroes & Dragons I jumped on him. He's a very basic figure but still kind of cool and a decent interpretation of he character. Let's take a look at D'Spayre, the demonic fear being, after the break... 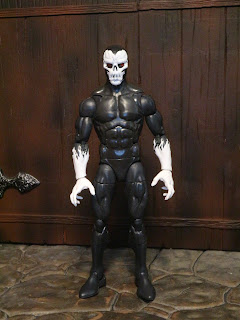 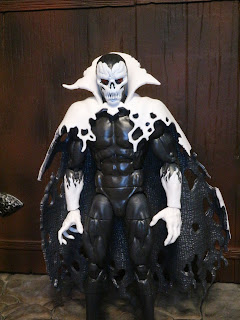 The Positives:
* D'Spayre has a pretty basic color scheme: Black and white. His body is almost all black with some white details on his forearms. He's about as basic as they come. The cape is really crucial to his look, though, and it's raggedy nature and the tendrils hanging down from it definitely give this guy a creepier, more spirit-like appearance. 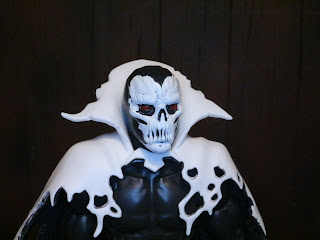 * D'Spayre has a creepy face. Red eyes, skull like countenance, and a mouth that looks like it's stitched together or just forming out of nothingness. 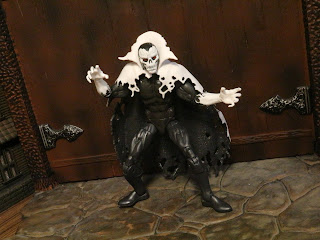 * D'Spayre's body surely has been used before but it's pretty solid and well articulated. He has all of the joints you'd expect from a comic based Marvel Legends figure plus the butterfly joints in the shoulders for all kinds of spooky poses. 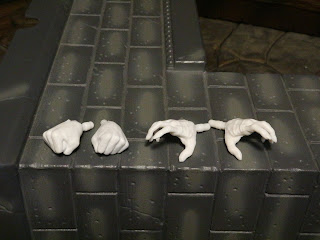 * D'Spayre comes with two sets of hands: Some standard fists and some long fingered, spooky posed hands. Those ones are definitely preferable but since they swap in and out easily you'll have plenty of options.

* It's not pictures here since I bought D'Spayre without the piece but if you get him new he also comes with the build a figure Rintrah's leg. 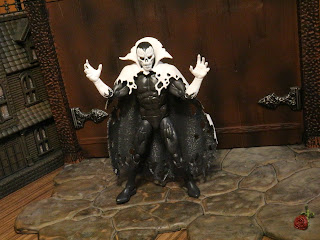 I'm glad to have gotten D'Spayre as I love some of these deep cut characters in Marvel Legends but he's definitely a very average figure. He's a solid Good; there's nothing really wrong with him but there's nothing really exciting about him, either. Good articulation and a cool headsculpt and cape but a very basic and plain body. If I hadn't found him loose and at a pretty steep discount I definitely wouldn't have picked him up, especially with the new $23 dollar MSRP from Hasbro. Still, if you've long been a fan of D'Spayre this is definitely something you've been waiting for.