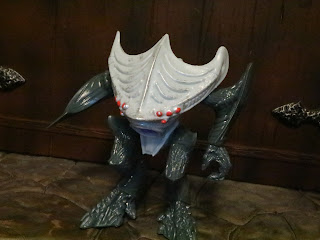 Another series 1 Final Faction figure from 2020 that I neglected to review is the Synthoid. The Synthoid is a synthetic trooper manufactured by the Kharn that can be customized with different weapons and gear. The first series of figures had an accessory pack for the Synthoid, simply called the Synthoid Pack, while a recent release is the Synthoid Evolution kit. Before I get into any of those accessory packs, however, let's take a look at the standard Synthoid. Prepare for the invasion after the break... 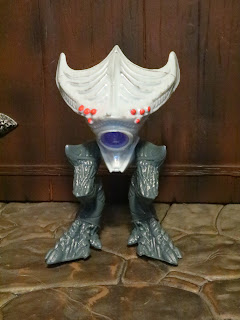 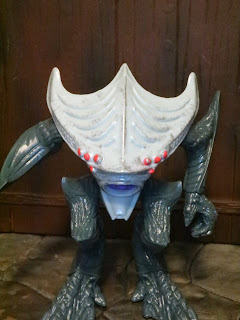 * The Synthoid has arms and legs similar to the rest of the Kharn but the body is an armored, shell-like piece. There's not really a head, either. Well, if there is it's simply part of the torso. The main body is grey with some silver paint details and some various painted details. 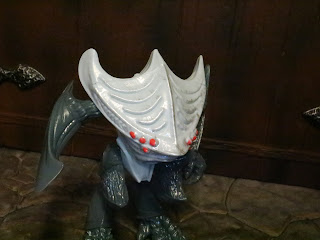 * Are those eyes? Lasers? Who knows? The Kharn Synthoid also has a mouth or chest beam that looks like the energy beams on the Rumbler and the Huntra, so maybe it's some kind of weapons as well. 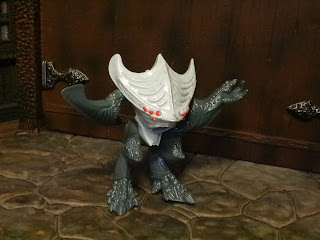 * The Synthoid only has four points of articulation: Swivel arms and swivel hips. It's basic but since this line is a budget line with a nostalgic charm to it, that doesn't seem all that bad. 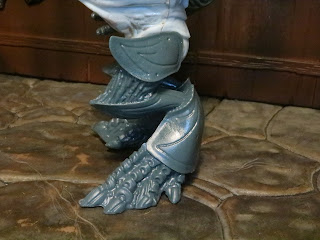 * The legs are really cool. They're heavily armored and look like they're made of various wire-like appendages bonded together. 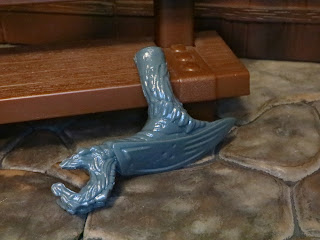 * The Synthoids have swappable arms and this figure comes with two of them. They're well armored, though, and look fantastic. The first is a basic arm with a hand that can hold some of the accessory pack weapons, so if you want some of your Synthoids packing heat, this is a good choice. 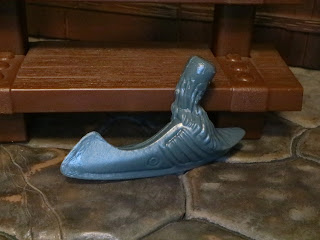 * The second arm is more like a giant blade of sorts. It looks sharp but also powerful enough to really bludgeon something big and armored. 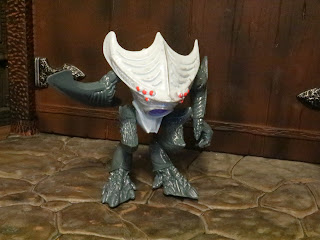 I really like the Synthoid. It's one of my favorite Kharn figures in the line and just a fun army builder overall. The design is really cool, there's some great sculpted elements, a few different color thanks to plastic colors and paintwork, and the fun arm swapping ability. This guy gets a Great and a 1/2 from me. I own two but, with the variety of accessories available for these robots, I think I might need another one. I'll be checking out the accessory packs soon so stay tuned. One might just be popping up in the next couple days.