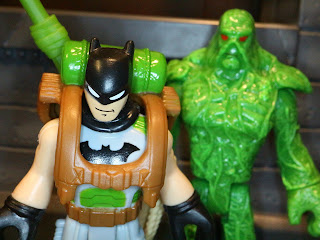 I haven't bought too many of the DC Super Friends Imaginext figures in recent years but lately Fisher-Price has put out some pretty cool sets that I couldn't pass up. One of those is the new Batman & Swamp Thing set, which features a Zero Year version of Batman and a very traditional looking Imaginext version of Swamp Thing. While Swamp Thing is not an obscure character by any stretch of the imagination, he definitely isn't a character you would expect to show up in a line like Imaginext, is he? He sold me on this set, though! Let's jump in and check out this cool 2-pack after the break... 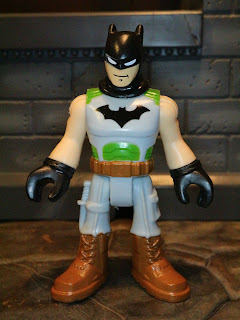 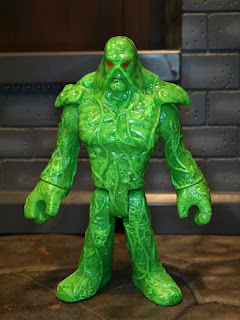 Non-Scalper Price: $6 for the set. 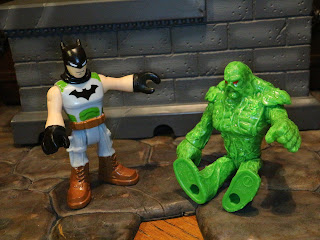 
* Both Batman and Swamp Thing mostly have the standard Imaginext articulation. They're not the most complex action figures but they're quite fun and they display well and are incredibly durable. 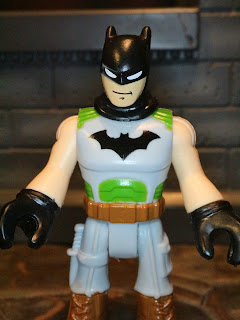 * The Imaginext team picks some very interesting storyline specific variants sometimes and I love that they chose to release a Zero Year Batman. I love Scott Snyder and Greg Capullo's run on Batman during the New 52 and Zero Year was a pretty solid story that really offered up something very original for Batman to deal with. The outfit is quite detailed with some nice paint applications. I love the green armored plates in the abdomen and the large black bat logo on the chest. The head sculpt is solid, too. I love the painted on smirk. 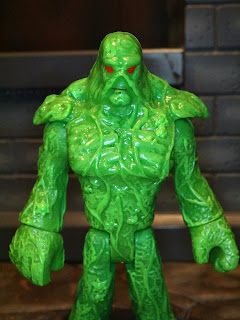 * Dr. Alec Holland looks fantastic here. Fisher-Price went with a less stylized approach that really captures Swamp Thing's unique appearance and build quite well. The proportions are excellent as is the headsculpt. While the headsculpt isn't separate (it's part of the torso) it does look spot on for most of the character's appearances and features some really well placed glowing red eyes. He really reminds me of the Kenner Swamp Thing figures from the early 1990s. 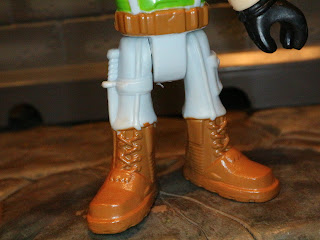 * Batman is wearing some pretty heavy duty survival/ hiking boots and has a knife attached to his right hip. It isn't removable (or painted) but it's a pretty cool detail nonetheless. 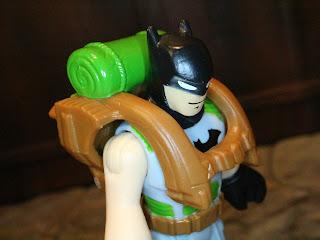 * Batman comes toting a survival backpack that easily fits over his torso. 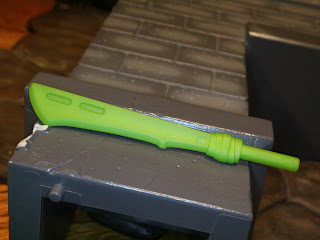 * He also wields a really cool large green machete. Remember that during Zero Year Gotham was beginning to become overgrown and reclaimed by nature, so this absolutely makes sense for this version of the character. 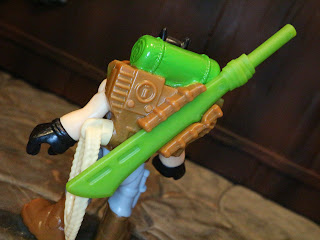 * Need both hands free to climb some buildings? Batman's back pack features a place to store the machete when it's not in use. It also has some cool painted on extras such as a sleeping bag and a rope hanging from the side of the pack. 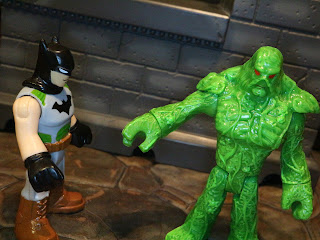 
* Oddly, Batman doesn't have a swivel head. It seems like he could have had one so I'm not sure why it wasn't designed this way. Swamp Thing not having a swivel head makes sense, but I do wish his shoulders were designed a bit differently as he has trouble raising his arms up higher. 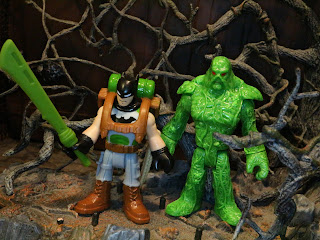 I really like this set as the inclusion of Swamp Thing really caught my eye and the Zero Year Batman is a really cool variant of the character. For around $6 bucks you're getting two absolutely impressive mini-action figures, one of which has some cool accessories. I do wish Swamp Thing had more motion in his shoulders or an accessory with him but, as it stands, this is still a Great set and well worth tracking down. I found mine at Wal-Mart but I'm sure you can locate these two at other places as well. The Imaginext selection at various stores can be hit or miss, so just be diligent!


If you're looking for more Batman figures, then check out the Dark Knight Gallery. I've reviewed dozens of action figures of the caped crusader and they're all compiled their!

If you're a Swamp Thing fan check out my review of the DC Icons Dark Genesis Swamp Thing!