The Revenge of 31 Days of Toy Terror: David S. Pumpkins from POP! SNL by Funko 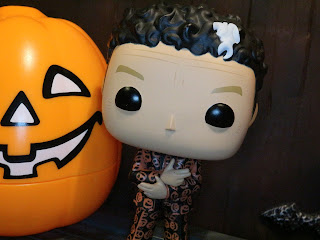 How's it hanging? Today is Halloween and I have the spookiest, scariest, most frightening review ever lined up for you....David S. Pumpkins!!! He is going to scare the hell out of you! As you may know, this is David S. Pumpkins, man. He's his own thing and Funko has made him into a POP! so you can have a thing of your own, too. Since he's kind of Halloween's Santa, I figured it is appropriate to review him today.Any questions? Then enter at your own risk as we check out the scariest review at Action Figure Barbecue on All Hallow's Eve. Please hold on as this elevator goes "bump" in the night... 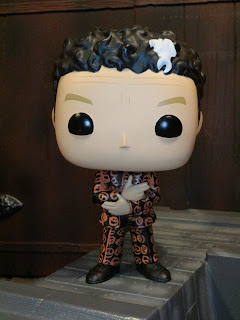 Articulation: David S. Pumpkins can move every place he has a point of articulation.

Accessories: He doesn't come with the skeletons, even though they're part of it, but he does have a cardboard pumpkin backdrop in the box. It's part of it, too.

Non-Scalper Price: David S. Pumpkins costs as much money as you pay for him. 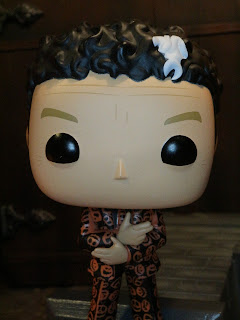 * I know David S. Pumpkins is terror incarnate, so I won't make fun of you if you scream. You might think this is just a guy in a pumpkin suit with two beat boy skeletons but you know what? You don't get frights! You fear them! Any questions? 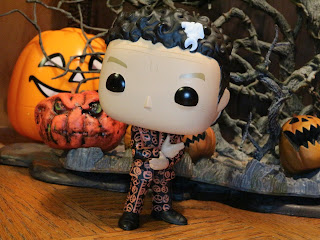 * David Pumpkins (that's David S. Pumpkins, by the way) can turn his head left and right. Any questions? 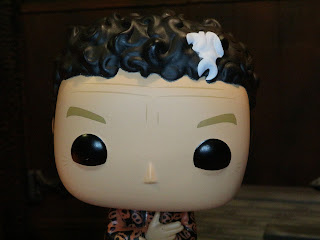 * The face is a excellent approximation of exactly what David S. Pumpkins look like when he's getting ready to scare the hell out of you! He has eyes, a nose, and hair, just like David S. Pumpkins! Yes, indeed. It is David Pumpkins. 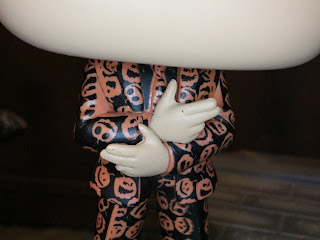 * Again, it's David Pumpkins, man! Give him a furry hat and a jacket and you now have David S. Pimpkins, man! 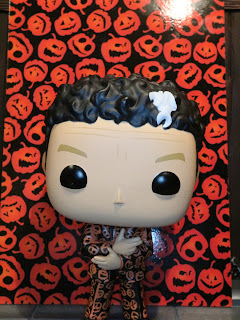 * Why does the package come with a cardboard backdrop of various pumpkins? Possibly because the scariest thing to the mind is the unknown! So..quick test... what is this figure's name?  If you said David S. Pumpkins, you are correct. Any questions? 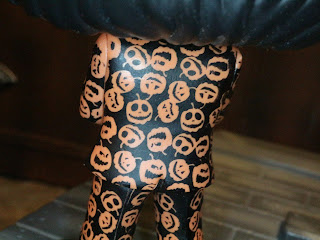 * I love the suit! It's clear that Funko when all in on David Pumpkins. 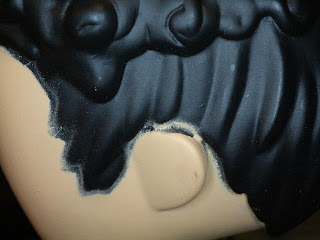 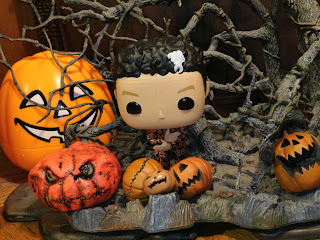 Some readers may be wondering who David S. Pumpkins is, and if he's from something. Some people even claim to be in the weeds with David Pumpkins. If that's the case for you, I guess the best way to explain it is that David Pumpkins is his own thing. ZRecently Funko put out the two skeletons since they're part of it, but they were part of an exclusive three pack. I'd still like to get them though as I'm crazy... for David Pumpkins and I declare this figure Epic. Any questions? Now remember! If you get any raisins tonight, put them in your pumpkin overnight and David S. Pumpkins will replace them with candy!