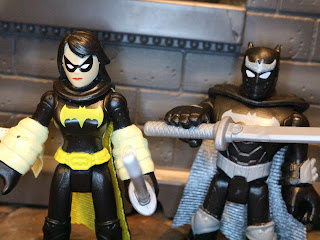 While I usually like Mattel's DC Comics Multiverse line (you know, when they're actually releasing figures), sometimes I think the Imaginext line has better character selection than the flagship DC line. While I was out hunting down the Zero Year Batman and Swamp Thing set a couple of weeks ago I stumbled upon this set too. Ninja Batman is pretty darn cool but it was the presence of Cassandra Cain as Black Bat that really grabbed my interest. It has been over ten years since Mattel has last released an action figure of Cassandra Cain (probably even longer for DC Collectibles/ DC Direct) but, interestingly, a line targeted towards preschoolers has beat the big kids to the bunch. Crazy, right? Anyways, while she is currently using the name Orphan in Rebirth as part of the excellent Detective Comics team, Cassandra may be most famous for her time as Batgirl from No Man's Land until after Final Crisis.  It was during the Batman Incorporated storyline that Cassie Cain took on the Black Bat moniker, which this outfit is based off of. Let's check out this two pack of two martial arts experts after the break... 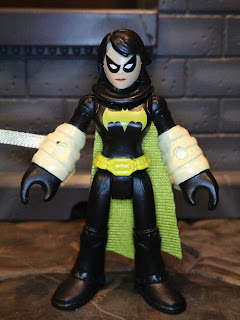 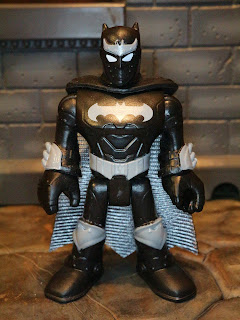 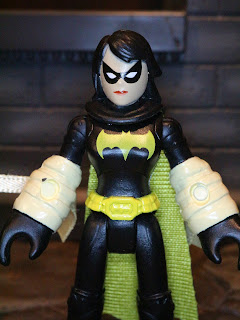 * I like that Fisher-Price did a pretty faithful job of translating Cassie Cain's Black Bat outfit into the Imaginext line. There is definitely a lot of bat (including a cool domino mask) but there is also the bright yellow bat and a bright yellow utility belt with a smaller bat on the buckle. Black Bat is also sporting some pretty large arm wraps that definitely give the figure a unique aesthetic. 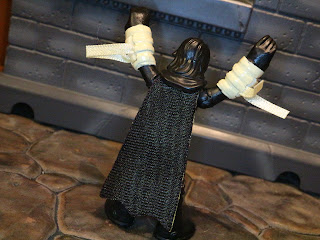 * It isn't that unusual that Black Bat has a real fabric cape (most of the caped superheroes have these) but the presence of the fabric strips dangling out of her wrist wraps is pretty unique. It's a cool feature and I like how Fisher-Price executed it. 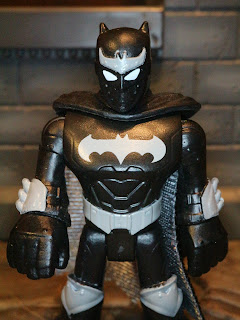 * Ninja Batman is a pretty awesome looking sculpt. It kind of reminds me of Batman's armor mixed with Black Panther's armor, although it also reminds me of Knight Shadow Batman from Mattel's DC Super Heroes line (which I believe came out in the same series as Mattel's Cassandra Cain Batgirl figure). The sculpt is awesome, especially the spikes on the gauntlets and the cool armored helmet. The black and grey paint is pretty striking, too. 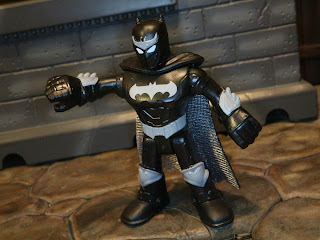 * Batman is well articulated and is only missing a swivel neck, which most Batman figures are due to the presence of the cape and cowl. He's a durable figure that is quite fun to play with. 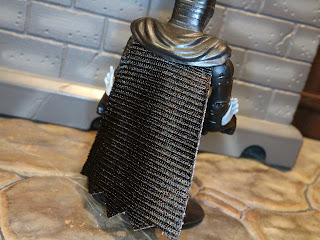 * Bruce also comes with a fabric cape, which is pretty standard for Imaginext Batman figures. Still nice, though. 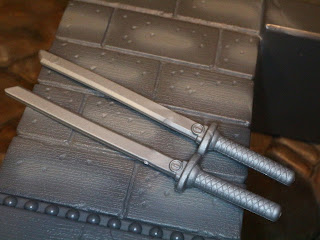 * The set comes with two swords, one each for Batman and Black Bat. They're molded in silver plastic and they actually look pretty impressive, particularly the handles. 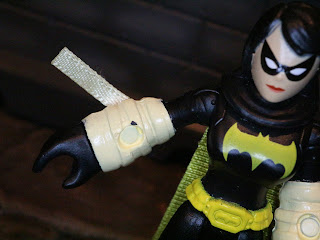 * Cassie has some really rough paint applications on her wrist wraps and on her hairline. Usually Imaginext has pretty clean paint work but I think the mixture of brighter colors and black here definitely is causing some problems here. 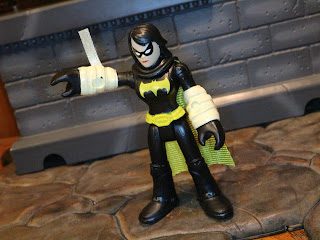 * While the caped characters typically don't have swivel necks, Black Bat oddly enough doesn't have wrist swivels either. I don't understand why the presence of the gauntlets and the fabric wraps would make swivel wrists impossible, but it's a bit annoying, especially for a figure that uses swords. It makes her a bit more frustrating to pose. 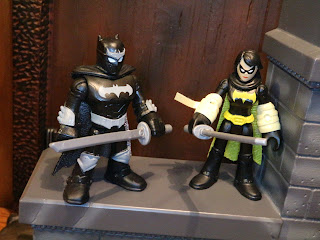 I'm really glad that Imaginext released a version of Cassandra Cain in the line (along with a really cool version of Batman) but, unfortunately, the figure is definitely not as impressive as she could have been. The messy paintwork and more limited articulation definitely makes the Black Bat a weaker figure in the line. Ninja Batman is really cool, though, but unless you're a completest on this line or really are a huge fan of Cassie Cain, this one is definitely somewhat skippable. It's still a Good set, but not one of the best available. Hopefully Mattel will offer up a solid Cassandra Cain as Orphan soon so we can complete team Detective Comics in the Multiverse line.