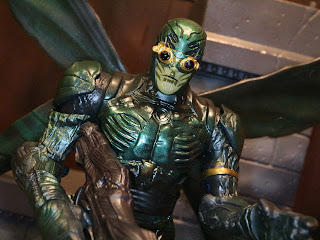 Today I'm checking out one more thing that was left under my Christmas tree this year: The Toys 'R Us exclusive Parademon from the DC Comics Multiverse line. Based on the Parademons appearing in Justice League this figure gives you someone for your Multiverse Justice League to fight. Pretty cool, huh? First appearing in Jack Kirby's The New Gods #1 back in 1971, these monstrous minions of Apokolips have been a mainstay in the DC Universe ever since. I love the two Parademons I have from Mattel's DC Universe Classics line but I was looking forward to the release of this one, too. Unfortunately, he's kind of a disappointment like most of the Justice League toyline. Let's take a look at the Parademon after the break... 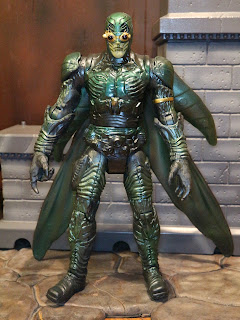 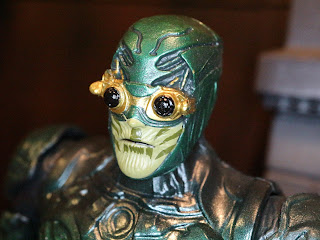 * Overal, the headsculpt and paintwork on the Parademon isn't terrible. I do wish the sculpt showcased the sharp teeth that these guys have in the DCEU (and open mouthed headsculpt would have been very welcome) but the paintwork on the skin and the clean work on the goggles really does look pretty cool. 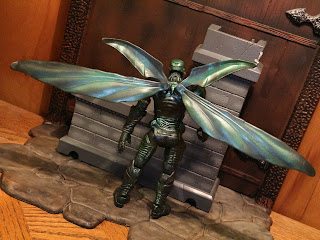 * The Parademon has some very large wings. There are two smaller wings and two larger wings with one of each attached to two separate poles on the figures back. The wings pivot freely and do help to add some "oomph" to the figures impressiveness. 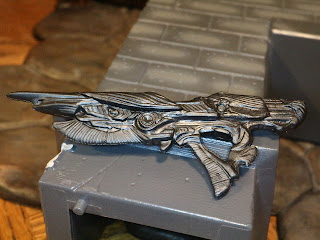 * The Parademon is toting a pretty cool rifle. There aren't any paint applications on it but the level of sculpted detail is impressive and the figure holds it well. 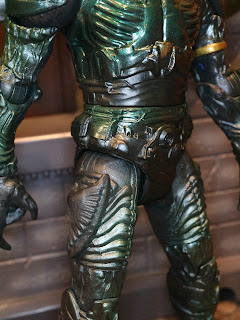 
* Looking at the figure, you can definitely tell that something is up. Does the color of this figure even match the Parademons we see in the film? I'd suggest that these were based on an early design that was changed after filming but considering that the Parademons showed up in 2016's Batman v. Superman, there's no way that's the case unless Mattel has been sitting on this sculpt for nearly two years. 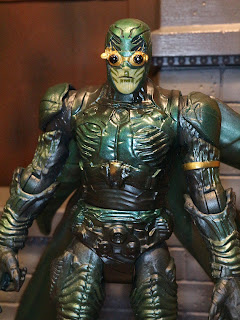 * The Parademon just looks overly toyish. While the comic (and perhaps even TV) based Multiverse figures seem to be improving, the Justice League line has largely been pretty disappointing. If you showed me a picture of this figure I would think he were from the kid focused 5-6 inch line. 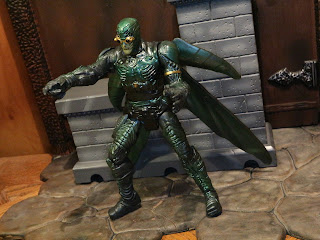 * The articulation on this guy is weak. The head barely even rotates left and right, the shoulders have little to no movement, and everything else just feels solid and clunky. 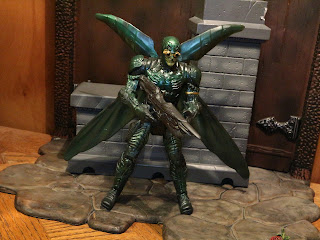 Just taking this figure on it's own, it might be OK. Not as a $20 collector figure, though, and certainly not as a Parademon from Justice League. This guy is definitely another Eh and a 1/2 entry in this line. While 2017 was largely a good year for the comic based Multiverse figures and the Wonder Woman line, the Justice League line barely managed to get anything right. The Parademon should have been a guaranteed hit but Mattel even managed to turn an evil flying space monster into a boring and underwhelming toy. Bummer.


If you'e looking for more Parademons I have reviewed the Nano Metalfigs Parademon from 5-Pack A.