Minifigure Review: Pack A (Purple) from M.U.S.C.L.E.: The Worst by Super7 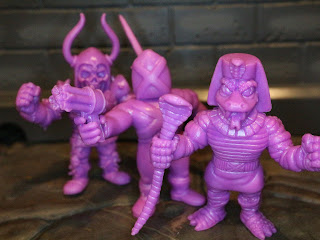 As I'm wrapping up the last of my 2017 items I'm pretty excited to show off one of the best batches of M.U.S.C.L.E. figures Super7 released in 2017: The Worst! The Worst is Super7's own in house creation and it turned out to be a perfect fit with the crazy, over the top aesthetic of M.U.S.C.L.E. Super7 released these this past summer in a few different color schemes. They quickly became pretty tough to come by and I'm glad to have found someone selling this lovely purple set. I pad a bit more than retail but man, these are worth it! They're incredible. Let's check out Pack A starring Black Falcon, Snake Tut, and X-2-The Unknown after the break... 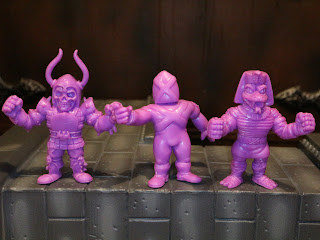 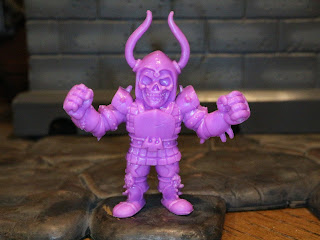 * While Black Falcon might be my last favorite of the actual The Worst figures, he makes for one of the coolest minifigures in the set. The sculpt is amazing and shows off all of the great details. Super7 can really crank out some nice minifigures when everything fires on all cylinders. Even his pose is pure M.U.S.C.L.E. goodness! 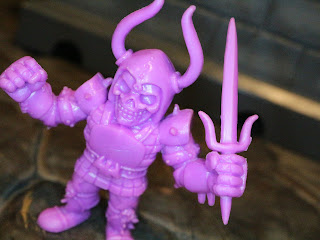 * One of the most interesting things about this subset of M.U.S.C.L.E. figures is that the figures have accessories. Black Falcon's sword is tiny but it still manages to look pretty wicked. I love it! It fits nice and securely into a hole in his left hand. 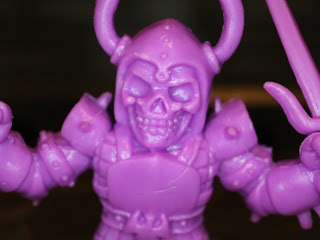 * This is an awesome headsculpt. This series definitely has the best sculpting and molding of any of the M.U.S.C.L.E. figures Super7 has released yet. 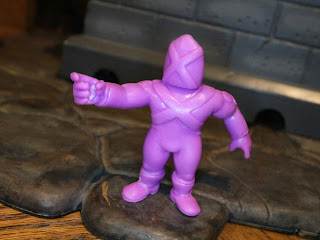 * X-2 (The Unknown) is some sort of robotic assassin. He wears a jumpsuit that kind of makes him look like a Space Ghost villain, but that's OK. He also has a somewhat unique pose so far as M.U.S.C.L.E.s go (he's designed to look like he's firing his pistol, which I'll get to in a minute). He's also sporting a pretty noticeable crotch bulge that just may give Jareth a run for his money. 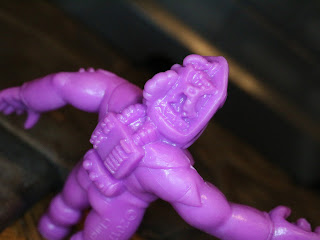 * Turn X-2 around and you can see all of his cool robotic parts. The detail here is exceptional! 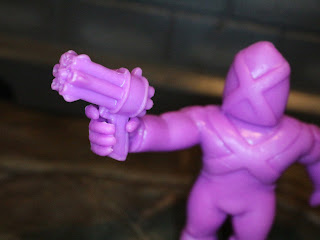 * I love X-2's pistol. It's a little loose in his hand but not terribly so. It looks amazing. I'm a sucker for guns with multiple barrels! 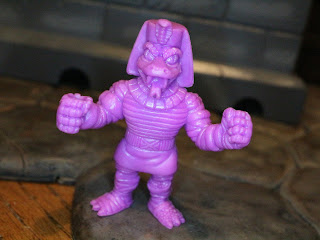 * Last, but not least, is Snake Tut. Again, you can see how amazingly clean and sharp the sculpting is here. He's a very traditional M.U.S.C.L.E. in his design and looks great with two fists ready to rock someone's face. 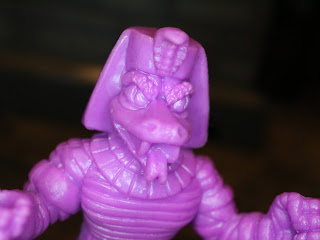 * Snake Tut also has a incredible headsculpt. Remember that this guy is less than 2 inches tall and yet you can see the texture of his skin, his fangs, and even his nostrils. 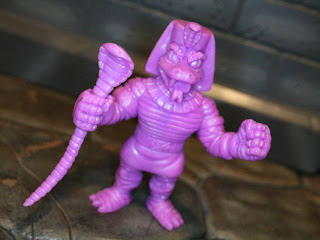 * Snake Tut includes a serpent staff that can easily fit into his right hand where he'll hold it nice and tight. 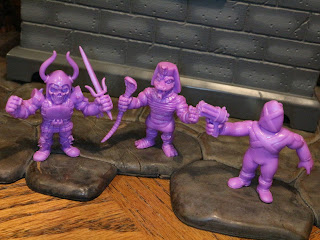 Pack A of the Worst are easily three of the greatest minifigures released in some time. They're probably three of the coolest minifigures in my collection. They're just so excellent, especially with the removable weapons, and I hope they're a good sign of what Super7 is capable of with future minifigure endeavors. I'd pick up nearly any minifigures that looks as good as these do. This is truly an Epic set. I'll be looking at Pack B soon, so stay tuned!

If you are looking for more M.U.S.C.L.E. reviews, check out the following: