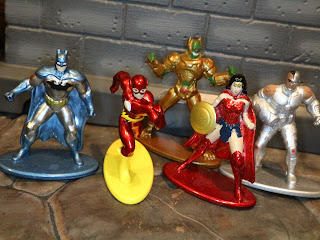 It's been a few days since I've looked at one of those little die-cast metal DC Comics figures from Jada Toys, so how about I make it up to you by reviewing 5 at once? Earlier this month while out searching for these little guys I found not only a plethora of single packs but also five packs. This one is called Pack A but there's also a Pack B. For under $5 bucks you get five die-cast metal DC minifigures. While three of these figures are available in single packs (The Flash, Wonder Woman, and Cyborg), this version of Batman and the Parademon are exclusive to this set. While these are comic styled figures, their is a pretty strong Justice League theme here that should nicely tie this set in with the upcoming film. Let's take a closer look at these minifigures after the break... 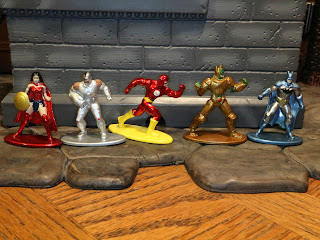 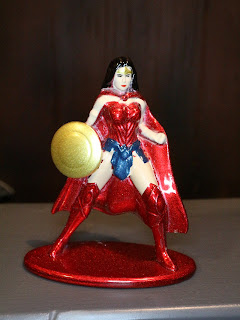 * Wonder Woman is available both as a single packed figure and in this 5-pack. She's wearing what looks more like her Rebirth costume thanks to the presence of the cape, which isn't something you always see on Wonder Woman. I'm such a sucker for the metallic paint on these figures; it just looks really cool. The face and tiara are pretty impressive, although the paintwork on her skirt is kind of messy. The pose is not bad, either. It's not crazy dynamic but more exciting than just a standard vanilla pose. 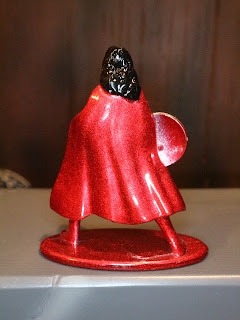 * Wonder Woman is pretty plain from behind. Other than her hair, everything is the same metallic red. That's not a huge problem, though, since the minifigure is intended to be viewed head on. 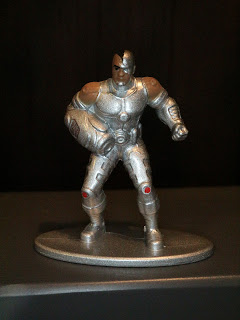 * The next member of the Justice League represented is Cyborg. Cyborg looks to be a blend of different styles: Not quite New 52/ Rebirth, but not quite classic either. I like the look, though. A few more red highlights on the armor would have been nice, but overall I'm very impressed with Victor's sculpt and the cleanness of the paintwork. The pose is also pretty fitting for Cyborg. 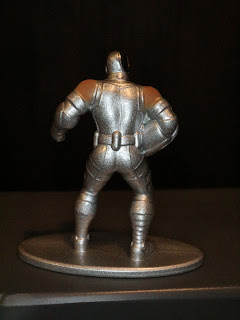 * From behind things are pretty much the same as from the front. There's a bit of slop around his hairline, but it's not noticeable from the front or the side. 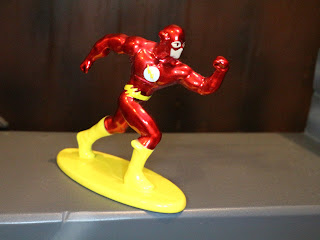 * I've already reviewed the Flash, so check out my full review of the figure here! He's one of my favorites in the series overall. 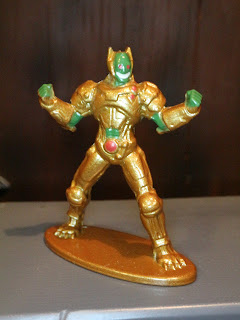 * The Parademon is heavily inspired by the New 52 version of the creatures. He's an exclusive to this set, which kind of stinks because it'd be cool to be army build these little guys. I mean, when else have we truly been able to army build Parademons. His sculpt is also pretty slick for a minifigure under 2-inches tall and his paintwork isn't bad, either. I'm also digging his metallic gold. I gotta say that the metallic paintwork on these guys is just super cool. 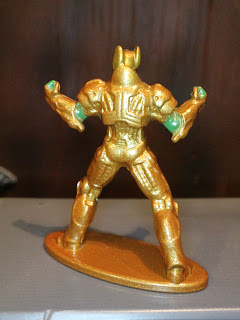 * Here's a shot of the backside of the Parademon. Think we'll ever get a Darkseid to go with these guys? I hope so! 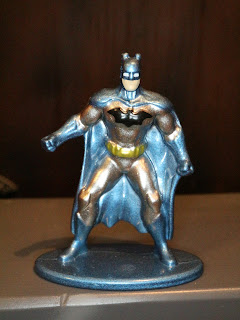 * Last, but certainly not least, is a new version of Batman. This is a great looking Batman sporting a classic blue and grey/silver outfit with a large black bat emblem. This is my favorite Batman in the Nano Metalfigs line yet (I've already reviewed two other versions) due to his paintjob and his decent pose. Again, not too dynamic but not too static, either. The white eyes look pretty cool too, don't they? 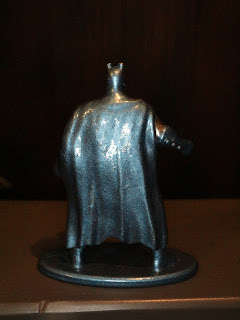 * Here's a rear view of Bruce. His cape and his ears are all that's really visible, but you probably expected that, right?

Considering that you get five die-cast metal minifigures for less than $5 bucks, this pack is a deal. Pack A gives you four members of the Justice League, all of whom are pretty slick, and a villain for them to fight. This is a Great set! I'm hoping that these little guys really catch on (they're currently exclusive to Wal-Mart for a month or so and seem to be selling really well) as they're fun and inexpensive. They just look really nice and I'm enjoying building a collection of them. I hope the variety of characters and sources this series has shown thus far continues as I'd love to keep collecting these.

If you're looking for more Flash collectibless, check out my review of the Mezco One:12 Collective The Flash, the Lego DC Universe Riddler Chase which comes with a minifigure Flash set,  the Lil Bombshells Flash (Jesse Quick), and the Nano Metalfigs Flash.

I've reviewed so much Batman stuff on Action Figure Barbecue that the guy has his own review archive on my site. Check it out here!