A New Batgirl Review: Batgirl #15 from HeroClix: Harley Quinn and the Gotham Girls by Wizkids/ NECA 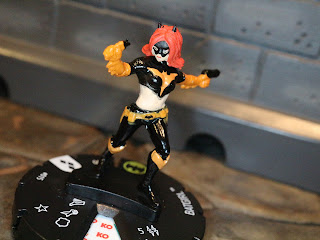 Here's another HeroClix minifigure I pulled in the booster box I picked up recently: Thrillkiller Batgirl! While I've owned the DC Direct Thrillkiller Batgirl for years I've actually never read the story. It's one of the few of the more well known Elseworlds titles I haven't read; it always seemed to be a bit tougher to find. It's coming back in print later this year and I already have a copy preordered and ready for me, so I'm looking forward to it. Now onto this figure! I was pretty excited to pull this from the HeroClix booster pack I purchased because I love Batgirl, I love the colors of this outfit, and I love minifigures. Let's take a closer look at her after the break... 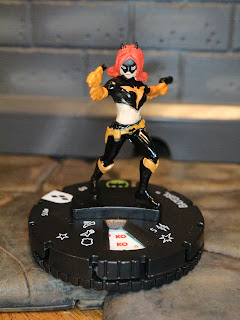 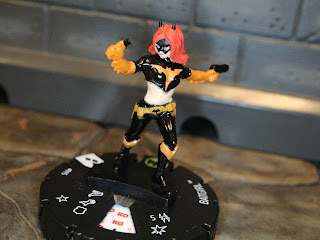 * While the paint on the face looks a bit strange up close (well, magnified under my macro lens), in person or at a regular viewing distance Batgirl looks excellent. Black and orange look great together (Halloween colors!). I'm actually not sure of the plot of Thrillkiller but it definitely seems to present a different portrait of Batgirl as she's wielding a pistol in her left hand and what might be a batarang in her right. 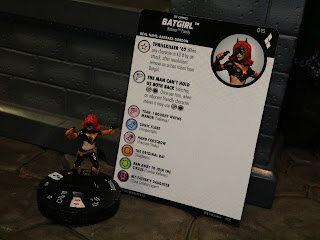 * To help you play the game each HeroClix figure includes a card with rules and other information on it. I've never played the game, though; I just like the little minifigures. 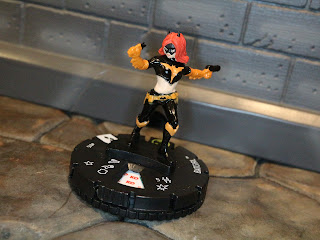 Thrillkiller Batgirl is a cool mini. I was very surprised to find her in my booster pack. While I was hoping to pull one of the Bombshells (spoiler: I didn't) this was a nice consolation prize. She's a cool mini with a unique pose, the consistent HeroClix base, and a very eye-catching paint job. She's a Good and a 1/2 little mini.

I've reviewed so many Batgirl figures that she has her own archive! Check out the Batgirl Library for more Batgirl reviews!