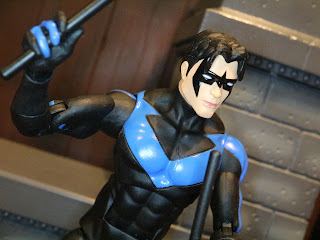 Today I'm looking at the last DC Icons figure I'm going to be reviewing from 2017 (unless I pick up some of the others down the line): Nightwing. Inspired by the now classic Batman tale Hush, DC Collectibles has delivered about as iconic of a Nightwing figure as you could expect. Yeah, it's not his original look but odds are that if you think of Dick Grayson these days this is how you immediately picture him. We've received this version of Nightwing many times over the years so it's not the figure we most needed to see in Icons but it is still cool to have a very highly articulated version of him. Let's take a look at this very cool Dick Grayson in a box that I received as a Christmas gift this year. More after the break... 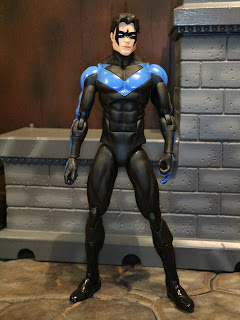 Designed by Ivan Reis and Sculpted by Derek Miller 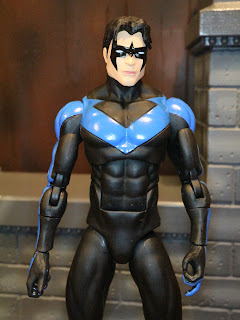 
* This is a great, very definitive looking Dick Grayson as Nightwing. It's a super sleek, clean design that captures the character's slender, muscular build really well. This guy looks like someone who can do some acrobatics and fight some crime. 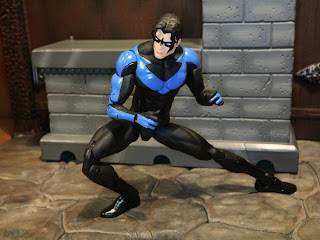 * The articulation is superb and you'll have no problem putting Dick into all kinds of fighting stances, acrobatic poses, and crouching battle poses. He feels very solid and sturdy and all of he joints have a great range of motion. 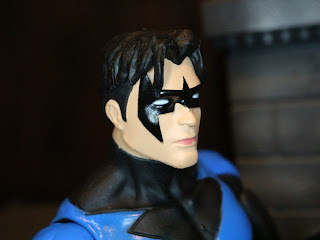 * The headsculpt is both exactly what you'd expect and what you'd want. It's very clearly Nightwing with a larger, black mask and some nicely sculpted hair. 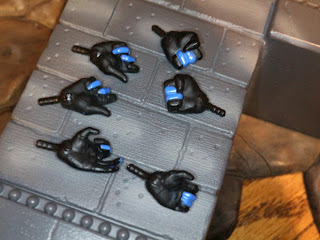 * Nightwing includes six alternate hands that can swap out easily, allowing him to better interact with his accessories. 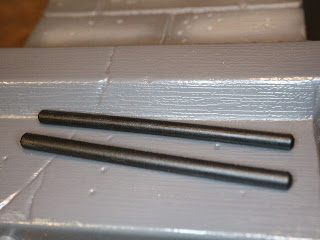 * Nightwing comes with his two signature batons. To be honest they are kind of boring, but they're exactly what the character uses. I do wish this version of Nightwing had a place to store them like the DC Universe Classics Nightwing, however. 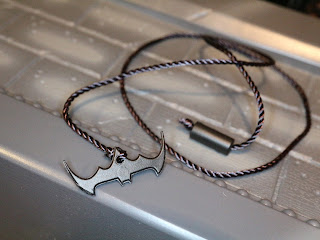 * Nightwing also includes a batarang on a string. I'm guessing it's intended to be some sort of a grappling hook so he can swing across the rooftops of Gotham. The batarang actually looks nice and sharp, which is a plus. 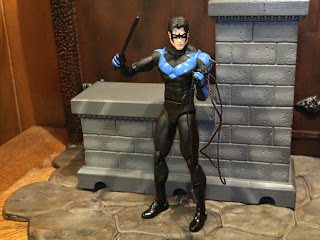 If you're looking for the best Nightwing figure you can find, this is it. While I do lament the fact that we got another version of Nightwing in this same outfit rather than one of the Batman allies we so rarely see or have yet to see in action figure form, Nightwing's a super popular figure and it's nice to see him have an action figure of this quality. He's a Great figure that again drives home how disappointing that DC Collectibles seems to have stepped away from this line when it was in its prime.


If you're looking for more reviews of Dick Grayson/ Nightwing stuff, I've also looked at the Lego Batman: Man-Bat Attack which includes Nightwing, the Kenner Legends of Batman Nightwing, and the New 52 Nightwing.

If you're looking for more DC Icons reviews, check out the following: