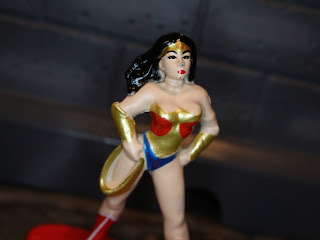 Want to hear something funny? My daughter and I both received this Wonder Woman in our stockings! If you can please a grizzled 34 year old DC fan and toy collector and a 4 year old child, I think you're doing something right and, believe me, I think Jada Toys is doing something right with the Nano metalfigs line, particularly the DC and Marvel lines. Those lines always seem to move in stores. I love these little die-cast metal figures and this classic/ Rebirth looking version of Diana is pretty slick. Let's check her out after the break... 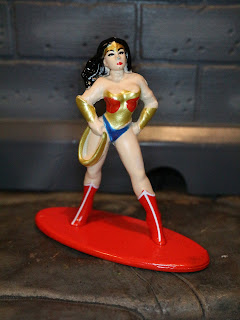 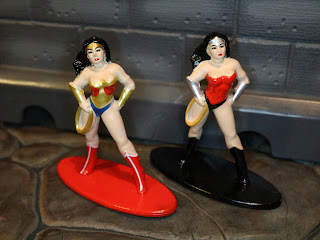 * So this version of Wonder Woman (DC38) is actually a paint variant of the DC16 Wonder Woman that is available as a single figure and in the 10-pack.  I like the sculpt and the paintwork really does a nice job of differentiating these two. 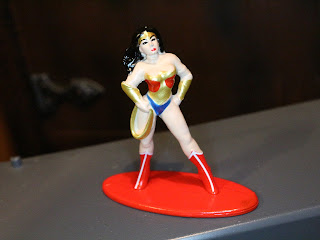 * Like I said in my review of the DC16 figure this is a great sculpt of Wonder Woman. She looks bold, powerful, and ready to strike a heroic pose alongside the rest of the Justice League. 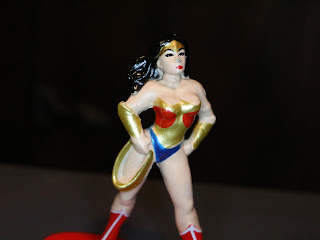 * The classic red, blue, and gold color scheme looks great on this figure. I love it. You can see that mine has some sort of paint error on the face. It's not terribly noticeable in person but it's still a minor annoyance. 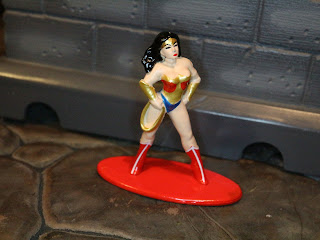 Wonder Woman is a great little minifigure that captures a very colorful and very classic representation of the figure. She's quite fun and, for a dollar, easily worth adding to your Wonder Woman or DC Comics on collection. The DC Nano Metalfigs line was one of my favorite lines of 2017 and I'm anxious to see what is in store next. This is a Great minifigure and my go-to Wonder Woman in this series.