Minifigure Review: Pack B (Purple) from M.U.S.C.L.E.: The Worst by Super7 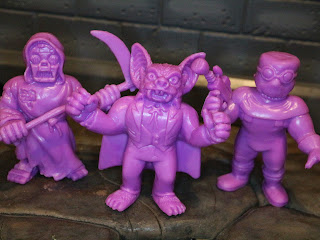 Yesterday I reviewed Pack A of Super7's The Worst M.U.S.C.L.E. minifigures and today I'm checking out Pack B which might be my favorite of the two. Pack B includes two of my favorite characters from The Worst, Robot Reaper and Gas Phantom, as well as the very cool Batula. Unlike most minifigures and pretty much any M.U.S.C.L.E. that has come before them, The Worst are unique in that they actually have removable accessories. So far these have been released in four different colors (green, blue, orange, and purple) and it's the purple color scheme I'm reviewing today. Originally released as exclusives at DesignerCon in November, I had to pay a bit more than the original price for these but they're totally worth it. Let's check out this cool set of minifigures after the break... 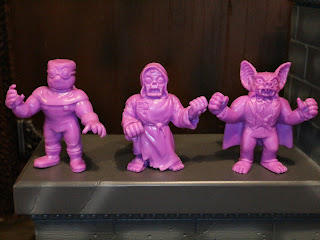 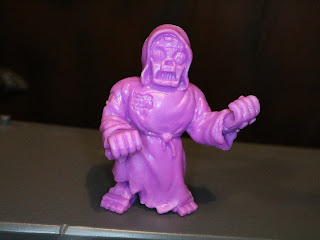 * The Robot Reaper is probably my favorite member of The Worst and he looks darn good in minifigure form, too. Check out that classic grim reaper vibe with the robotic elements tossed right in. That's what I'm talking about! 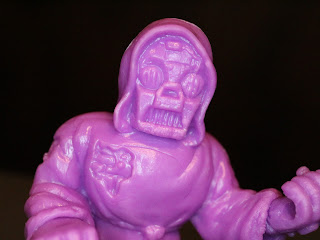 * This guy totally throws off a Prime Evil vibe (the main villain in Filmation's Ghostbusters). The sculpting and molding is so crisp and clean here and the purple plastic accents it all so well. 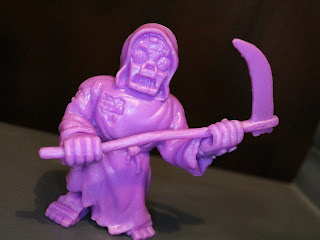 * Robot Reaper includes a scythe which slides into his hands. It looks awesome and really complements the figure well. 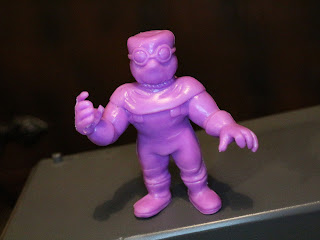 
* Second up is the Gas Phantom. I love his design as he looks like he's equal parts Mike Mignola creation and Scooby-Doo Villain. The hood and goggles are such a great look. 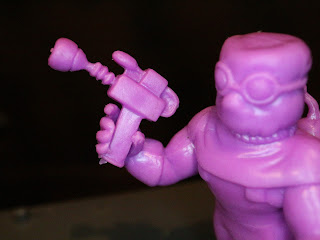 * Gas Phantom includes a gas pistol that easily fits in his right hand. It stays in there quite securely, too. 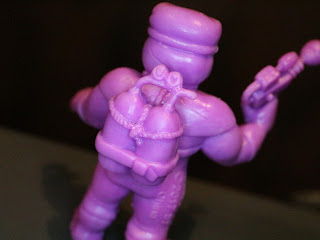 * He's carrying a giant tank of some sort of gas, too. There isn't a cord like on the regular figure but that's to be expected in a figure so small. 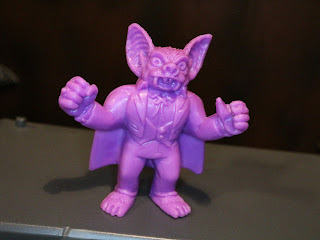 *Last up is Batula! You've heard of vampire bats? Well Batula is a bat vampire. Nice! 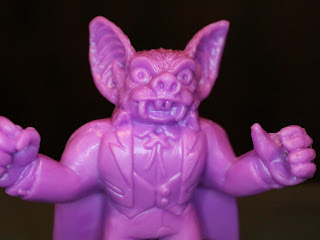 * This guy is crazy looking but also kind of frightening, too. The detail on his ears and on his Dracula inspired vest is quite nice. 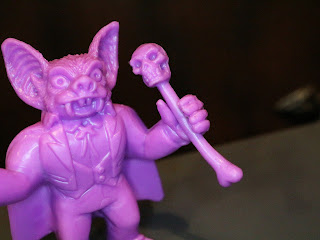 * Batula carries around this cool little bone club with a skull on top. It is kind of tricky to get this to stay in his hands, so be careful not to lose it. 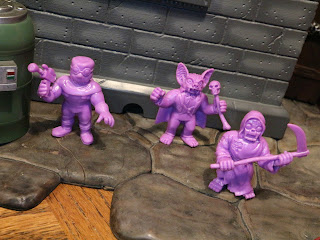 I'll largely repeat what I said for Pack A but, considering that these are $6 dollars and feature some of the neatest, cleanest sculpting and molding I've seen on a minifigure, these are hands down Epic. The character selection is incredible and it has me anxious to not only see Super7 continue the 1/18th scale The Worst line but also to see them design some more M.U.S.C.L.E. figures based on their own creations. These are some of the best minifigures of the year and well worth tracking down.

If you're looking for more M.U.S.C.L.E. reviews check out the following: