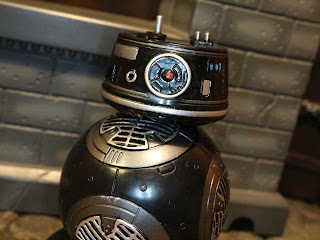 This is the last item from my Christmas 2017 haul and it was a big surprise. I took some vacation time from work and when I got back to my office I found this on my desk as a gift from a friend and cowoker. Pretty cool! While BB-9E didn't have a bunch of screen time in The Last Jedi I definitely found the droid's presence memorable. BB-9E definitely had more screen time than the mouse droid or the Death Star Droid and everyone still goes nuts over those droids, am I right? Plus, he kind of played  a crucial role in the plot by exposing Finn, Rose, DJ, and BB-8 when they sneaked on board the Supremacy. It appears that early on there were plans to call this little guy BB-H8, so essentially BB-Hate. Kind of silly but kind of funny, too. Anyways, BB-9E is going to be the last 2017 POP! vinyl I review before my best of 2017 awards so let's get to it! More rolling goodness after the break... 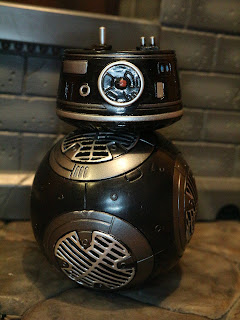 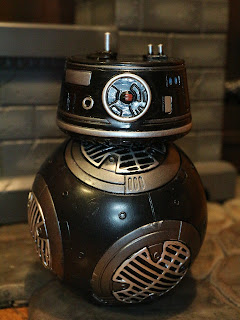 
* This is the first BB unit POP! I've owned and I really like it. While it definitely fits in with the rest of my POP! collection Funko definitely seems to have gone a bit more on the realistic side. That's not bad, however, as this is an incredible looking sculpt. Just looking at the picture here, without too much context of scale, you could possibly believe that this is a piece from Hasbro's The Black Series. BB-9E is a great looking toy! 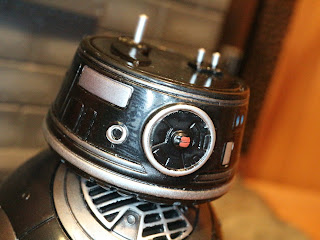 * The dome is well sculpted and features the red sensor eye, lots of etched details and panels, and a few little antennae on top. Of course, since this is a Star Wars POP! the dome does wobble a bit and you can spin it around with a little work. 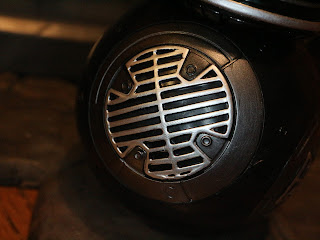 * BB-9E's body is very detailed. The side panels on his body are really well rendered with super neat and clean paintwork. The sculpting on the grills is exceptional, too. 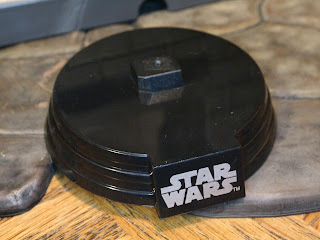 * Like the rest of the Star Wars POP! vinyls, BB-9E comes with a display stand. It's a simple black stand with a wedge for the droid to rest on and the Star Wars logo printed in silver, but I love the look and the uniformity across the line. BB-9E does stand up fine without it, though, if you prefer that look. 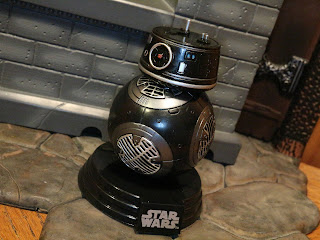 BB-9E is a Great POP! vinyl and a fun addition to the collection. I'm certainly not a completest in picking up Star Wars Pop! vinyls but it's always fun to add a new one to the shelf. The sculpt is excellent and makes for a really nice mini statue for your shelf. I love the diverse array of characters that Funko puts out in their POP! Star Wars line and I'm getting excited to see who is in the upcoming Sith Smuggler's Bounty box to add to the collection next!

This is the first BB-9E figure I've reviewed. For more POP! Vinyl Star Wars figures, check out the following: