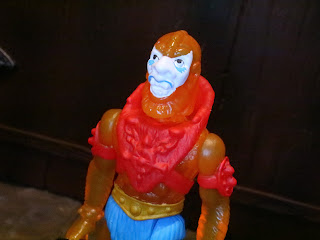 Ready for another Masters of the Universe ReAction Beast Man review? Well, this one is of the chase variants from the Snake Mountain blind boxed series, so he was only packed 1 per case and he features a funky color scheme that is referred to as Beast Man (Ghost). Yes! Ghost! I really like the bizarre color schemes Super7 has chosen for some of these variants and I recently picked up a lot of a few of these figures, so I've got at least one more review of a uniquely colored Super7 ReAction variant coming soon. Right now, though, we're checking out this spooky, ghostly Beast Man! Ooooh!! Let's check him out after the break...if you dare! 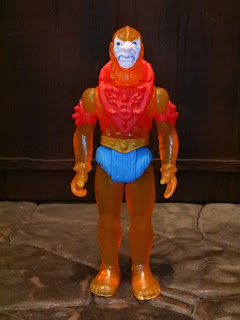 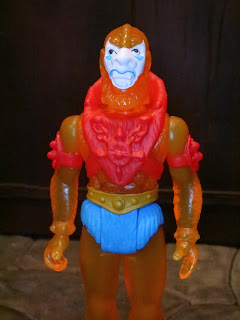 * This is the same Beast Man sculpt as every other Beast Man in the ReAction line, so there really shouldn't be any surprises here except for his new translucent orange color scheme. I love it. It's very, very cool and definitely makes this guy stand out. Why is Beast Man a ghost? Who knows? Who cares? Maybe Skeletor finally had enough of his shenanigans and finally let the old fleabag have it? Or maybe He-Man threw him in the Castle Grayskull moat and he landed wrong? That's as equally likely. 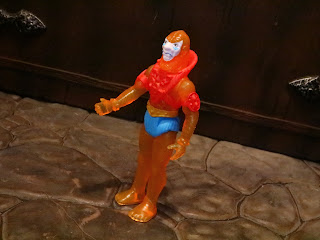 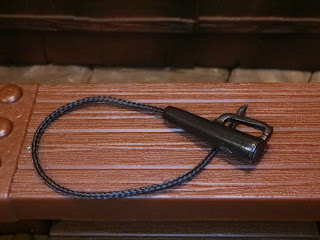 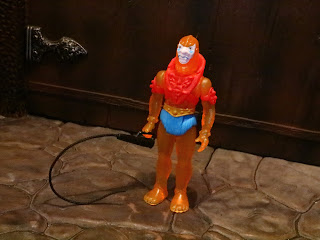 He's not the most exciting of the variants in the blind boxed series of MOTU ReAction figures but I still like Ghost Beast Man. He's quite cool and a fun figure to stand around with some of the other unusual variants. I still am not a fan of the blind box concept (especially for $10 toys) but at this point you should be able to easily find what you want from folks who bought cases and are piecing these out. I've got another odd variant ready to show off soon, but who could it be?