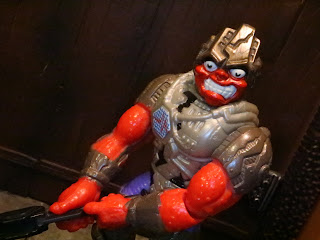 Of all the New Adventures of He-Man toys I had as a kid, Quakke was always my favorite. I really don't remember what happened to him (he was probably a victim of a yard sale) but I've recently been able to remedy a past error and he's now part of my collection. I love Quakke and I was thrilled that Super7 included him in Masters of the Universe Classics when they took over (he was one of my most wanted MOTUC figures for a long time) as he has such an interesting design and a pretty cool play feature. One of the Evil Space Mutants, Quakke hails from the planet Denebria and uses a massive mace to cause earthquakes. That's one heck of a power! Like may of the He-Man figures I've reviewed lately Quakke was from the third series of action figures and was another toy I picked up on my epic childhood excursion to the Gurnee Mills mall. Let's see if Quakke lives up to my childhood memories after the break... 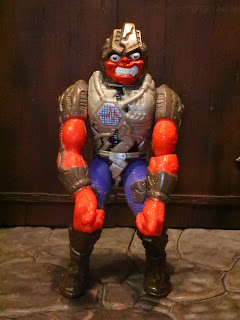 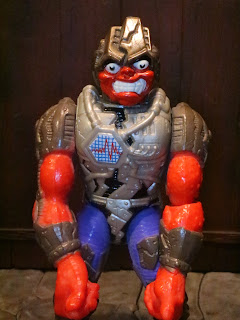 
* I love Quakke's look! The colors, the intricate sculpt, and the paintwork are all very impressive. He really is a fairly elaborate looking figure for the early 1990s with a mixture of a sci-fi aesthetic and the craziness of the Teenage Mutant Ninja Turtles villain. The paint work really is quite nice and lots of little details such as the wires on his arms and the armored plates on his thighs get their own paint applications. His skin also has a cool, bumpy texture to it that nicely adds to his mutant vibe. 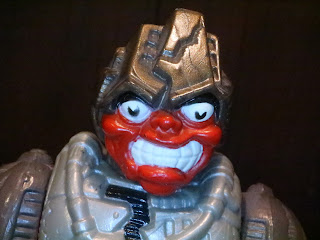 * I've always loved Quakke's portrait. The large eyes (which are two different sizes) just make him look crazy. Plus, check out that grimace! This dude is hardcore. 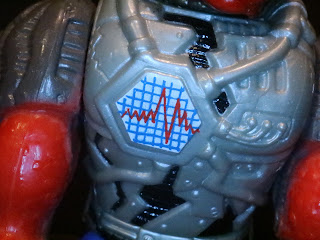 * I've always assumed that this panel on his chest is intended to be a Richter scale of sorts. Why? Who knows? It looks really cool, though, and is very cleanly applied. It's printed on, by the way; not a sticker. 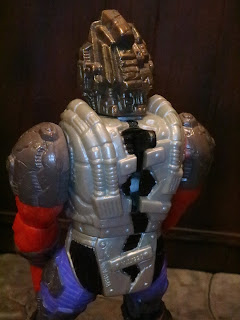 * The sculpted detail on Quakke is really good, even on the back of the figure. I also like how the back of his armor looks like it has a crack down the middle, kind of like the chasm formed by an earthquake. 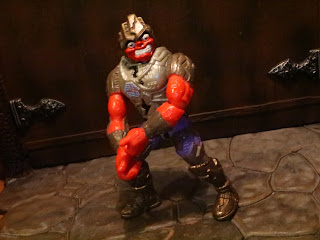 * There are some oddities with Quakke's arm articulation, which I'll get to in a minute, but overall he has decent articulation. His legs are well articulated and he is quite sturdy and fun to play with. His smashing action feature works quite well: Push the lever down to raise Quakke's arm and release it for him to smash his arm down. 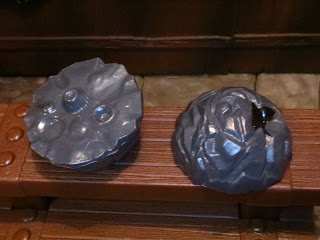 * Quakke comes with a few cool accessories, the first of which are two pieces of a meteor. The meteor splits into two pieces (it's part of the figure's action feature) and can be carried in Quakke's Grabbatron Meteormace. 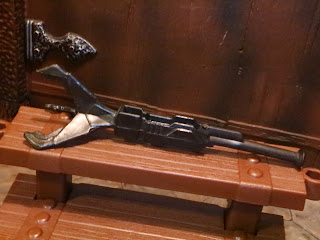 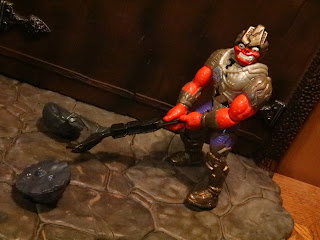 * The meteor fits in the claw of the Meteormace and when the meteor is slammed on the ground it will break into two pieces. It's a really cool action feature and I've always liked it. There's something about it that seems rather unique. 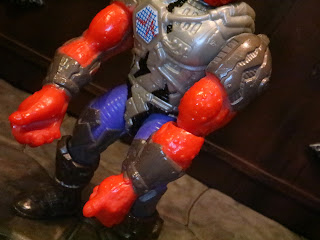 *It's kind of a "necessary" evil" of his action feature but Quakke's left arm is designed to just loosely hang at his side. I thought something was wrong with him at first until I realized the purpose it serves. 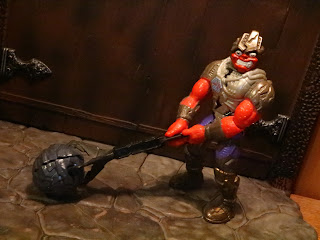 I really love this figure. He's incredible looking with a very unique sculpt and paintjob, some cool accessories, and a really fun action feature. I loved this guy as a kid and now having him again as an adult, I'm still impressed by him. Maybe even more so now. I know the New Adventures of He-Man is kind of the black sheep of Masters of the Universe (though there are lots of salty folks who passionately loathe She-Ra and the Princesses of Power, too) but the toyline was really cool. The heroes might have been a bit boring compared to the vintage MOTU heroes, but the Space Mutants were fantastic and Quakke is an Epic dude!


If you dig Quakke also check out my review of Super7's Masters of the Universe Classics Quakke.