Wrapping Up 2019: Scare Glow (Clear) from Masters of the Universe: ReAction by Super7 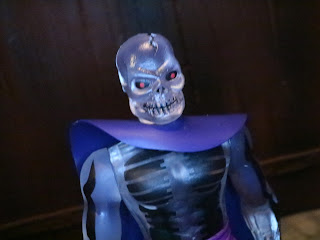 Near the end of 2019 Super7 released a few more translucent variant figures in the Masters of the Universe: ReAction line and while I didn't pick up all of them, I did grab Anti-Eternia He-Man (Clear Smoke) and Scare Glow (Clear). Scare Glow is definitely one of those characters who went from having only one figure in the vintage line (and none in the 200x line, not even a staction), to being a go to figure for most new lines. Super7 released the basic glow-in-the dark Scare Glow in the ReAction line last spring but now we get a very ethereal translucent variant, too. Spooky, right! Let's check out the clear Scare Glow after the break... 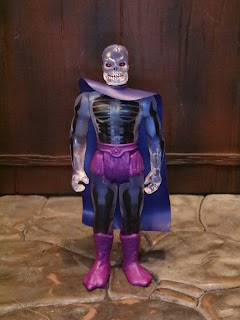 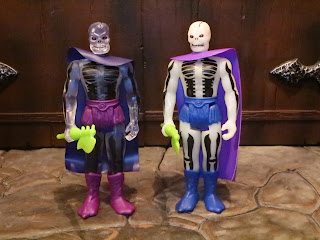 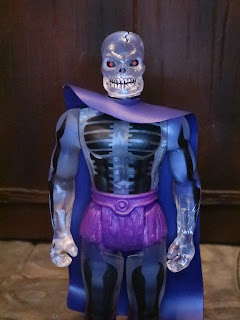 * Super7 did an excellent job translating Scare Glow into the ReAction style. The colors, design, and even the printing of the "bones" on the body are accurate to the vintage figure, only now instead of the cool glow in the dark body scheme we get a clear, ghostly body. It definitely gives the character a different feel and seems like a fitting variant for this evil ghost. 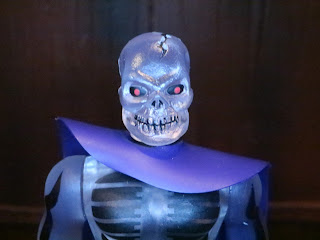 * I like the sculpt even better on this translucent version than on the standard figure. The detail stands out a bit more and the paint work looks really sharp. It kind of has a bit of a Crystal Skull vibe, doesn't it? 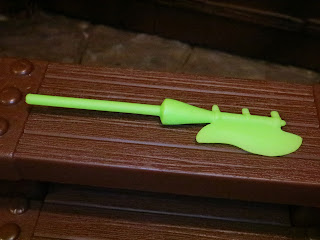 *  Just like the previous release Scare Glow comes with his Scythe of Doom. It's a solid green, like most versions of the vintage figure, and it looks pretty cool. He holds it quite nicely as well, though it does seem a little on the short side. 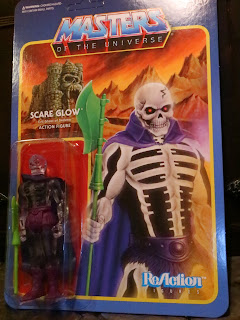 * The card art on most ReAction figures released by Super7 is beautiful and their Masters of the Universe line is no exception. Scare Glow features a beautiful illustration of the character by Jason Edmiston. It's incredible and the colos are slightly different than the previous release! To preserve the card I actually made a slit in the top of the blister so I can slide the figure in and out. It work great and allows the figure to be displayed inside and outside of the card. I've got mine hanging on a metal pegboard similar to what you'd see in a retail store! 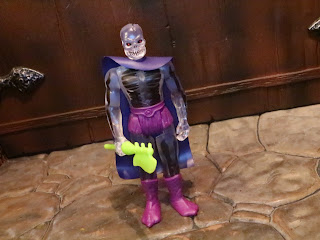 The first release of Scare Glow was one of my favorite ReAction releases and this one really stands out, too. Maybe not as much as the first release, due to the glow in the dark feature just slightly giving it an edge in the coolness factor, but this guy's still a very, very cool variant. I'd give this one a Great and a 1/2. It looks to me like Super7 has stopped selling the MOTU reaction figures on their website, so you'll probably have to check out Big Bad Toy Store or someone else to pick them up. This guy is definitely a cool figure and makes great use of the faux retro aesthetic.