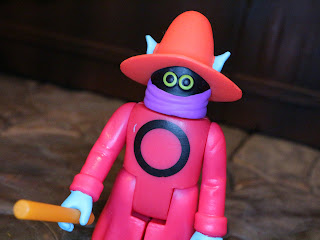 Today I'm checking out another ReAction figure from Super7's line of Masters of the Universe ReAction figures only this time it is one of their blind boxed offerings. Yes, for some reason Super7 decided to release blind boxed ReAction figures. There are two different assortments (one for heroes and one for villains) with each assortment including four characters. Oh, and each character has a variant. So...16 blind boxed figures. Crazy, huh? Yeah... anyways I did pick up one figure from each of the assortments and from the Castle Grayskull heroic assortment I ended up with Orko. I love Orko but this guy is really, really similar to the Orko figure Super7 just released. The differences are extremely minor but this Orko is actually based more on the Filmation cartoon color while the previous Orko is based on the toy version. Let's check out the cartoon colors Orko after the break... 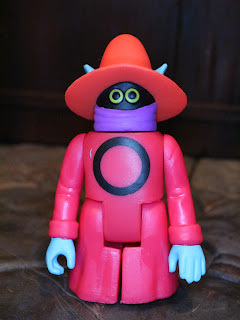 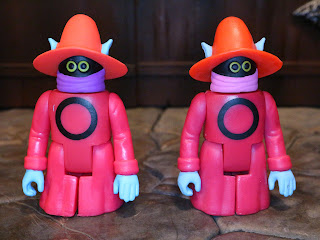 * On the left is the cartoon colors Orko I'm reviewing today while the single carded Orko is on the right. As you can see, the differences are that the shade of the hats and robes are slightly different and the colors of the scarves are different. Filmation Orko has a purple scarf while "toy" Orko has a pink scarf. 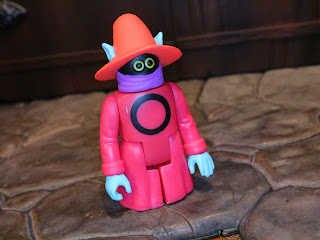 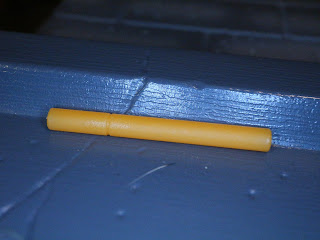 * Orko comes with the same wand that the previous figure did: This isn't an accessory that the vintage figure came with (he came with a ripcord and a magic trick) but it does seem to resemble the wand Orko carries sometimes in the Filmation cartoon. While the 200x Orko and the MOTUC Orko carried more detailed wands, this one is pretty simple. It does have a little ridge about a third of the way up to, I presume, to give Orko a better grip. 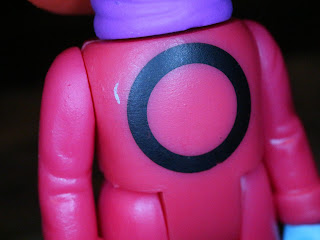 * My Orko did have a little errant paint flaw on his robe, right above the "O" emblem. 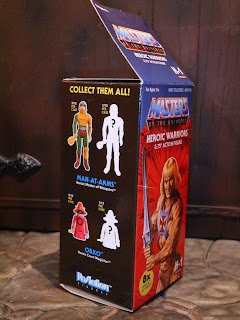 * If you couldn't tell from my intro I really, really don't like the whole trend towards releasing blind bagged/ blind boxed items. Can someone explain to me the appeal of blind boxing items like this targeted towards collectors? Why can't I just buy all of the figures individually, as I very well may if I could buy them like nearly every other figure released. 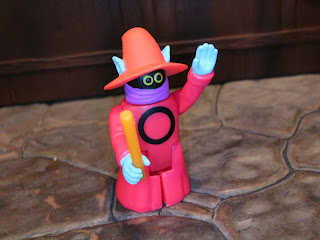 It's definitely one of the most subtle variants Super7 has done, I think; it honestly took me a minute to realize it wasn't just the same figure repacked. Interestingly, I will give Super7 credit for actually making these blind boxed figures cheaper than the carded figures. I guess because they take up less space, ship in small boxes, and don't require individual backer card art. I do like this Orko, though. He's still a Good and a 1/2 figure although I miss the unique character packaging art, as it's such a huge part of the appeal of these figures.


If you're an Orko fan I've also reviewed the green Orko M.U.S.C.L.E. minifigure from the #1 Masters of the Universe set by Super7 and the standard Orko ReAction figure.