Wrapping Up 2019: He-Man and Battle Cat from Masters of the Universe: ReAction by Super7 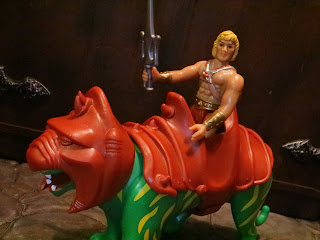 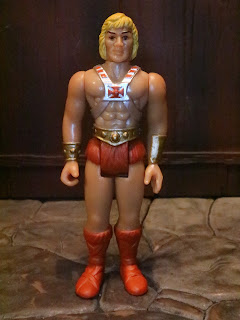 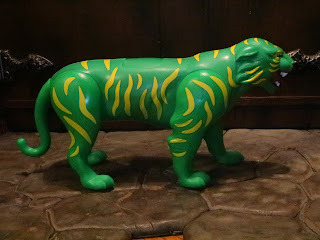 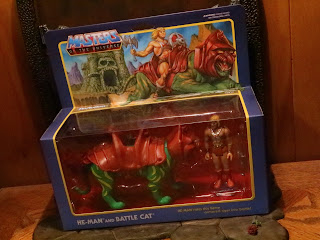 * It's not really collector friendly but the packaging is quite nice on these. If you really wanted to keep this set in the package I could totally understand why. The box art is pretty cool (though Battle Cat's head looks really off for some reason). 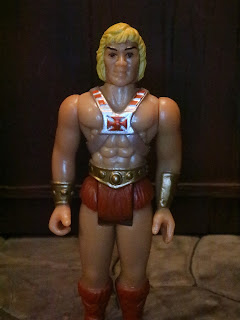 
* I've reviewed quite a few ReAction figures that used this sculpt but the only other actual ReAction He-Man I've reviewed is Slime Pit He-Man. This guy uses the same body as all the others but the paintwork is actually rather different. His harness is silver rather than just grey and his belt and bracers are gold rather than orange or yellow. It's a pretty cool look for He-Man and I actually really like it. 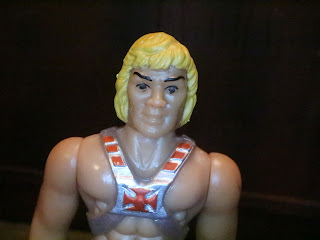 * The first time I saw this headsculpt I wasn't sold on it but, after some consideration, I've decided that I like it. It does look like the vintage He-Man headsculpt if you were translating it into the Kenner style. The paintwork is pretty clean for the size and while simple, it works. 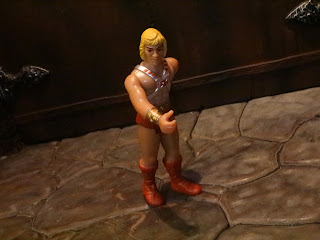 *   If you've ever picked up a retro figure like this, you know what to expect: 5 points of articulation and all swivel joints. He-Man feels quite well made and sturdy and definitely of a better quality than some of the earlier ReAction figures that Funko put out. Super7 has been very consistent in the quality of their ReAction lines over the past couple of years and has steadily improved the product. 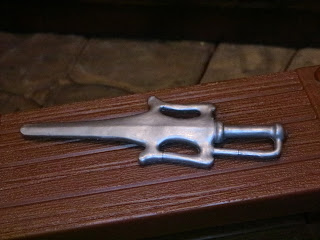 * This version of He-Man comes with a Power Sword styled like the vintage toy. It's also cast in silver, which looks really nice. That's not something you see often, as usually the sword is cast simply in grey. 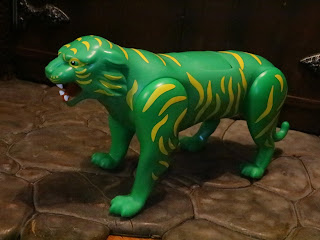 * Battle Cat! Or Cringer! Seriously, since you can take the armor off you can choose! I mean, I know they're not exactly the same, but it was good enough for me as a kid. I really like the look of this figure. The colors still pop on Battle Cat just as much as they did back in the day and the sculpt manages to look simple but still quite cool. 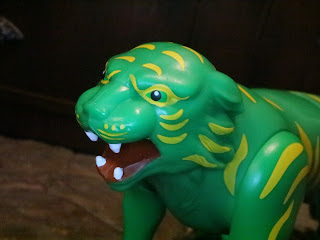 * I'm A-OK with this headsculpt. He really looks a lot like the vintage Battle Cat toy. He's still friendly enough to serve as Cringer, though. I wonder if anyone will use this figure as Cringer in their vintage MOTU collection? I think he'd serve nicely, don't you? 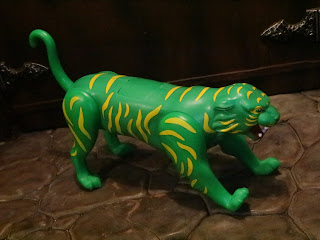 * Battle Cat is articulated, which means he's actually more articulated than the vintage toy (which had no articulation at all). The swivel hips and swivel tail do make this guy kind of fun to mess around with. I like having him pounce on Skeletor and his Evil Warriors. Because why not? 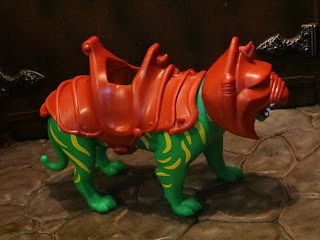 * Here's Battle Cat all decked out in his armor! The harness fits on great and the helmet is made from a rubbery material that fairly snugly rests over the head. Battle Cat really looks quite cool all decked out. 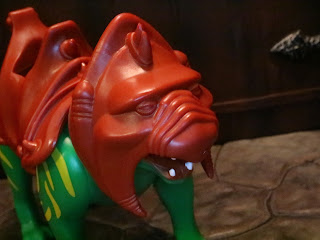 * The helmet might be a bit oversized but it's still not bad. It actually looks very cool and makes him seem very, very fierce. 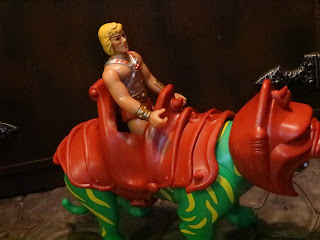 * Like the vintage Kenner Tauntaun and Dewback, He-Man can slip inside of a trapdoor on the figure's back. It works fairly well, but my complaint with this figure is that there are no "fake legs" on the side of the saddle. That helped to sell the illusion with the Tauntaun and the Dewback, but here it looks kind of awkward when you look at it. If you have He-Man and Battle Cat displayed separately they look fine, or maybe facing head on, but from the side it looks odd once you notice it. 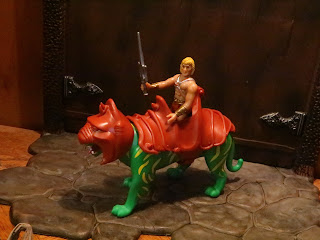 It's pretty easy to catch my attention when you offer up Battle Cat and this set definitely delivers a rather nice Battle Cat and a pretty cool ReAction He-Man. I like everything about the set except for the fact that He-Man's legs just disappear inside of Battle Cat. I would have loved some "fake legs" on the sides of the saddle, or even a He-Man with a wider pose that actually could fit on Battle Cat. Instead, Super7 just made He-Man pop inside. It's a Great set that's really quite fun, but a little extra tweak would have made it even better!