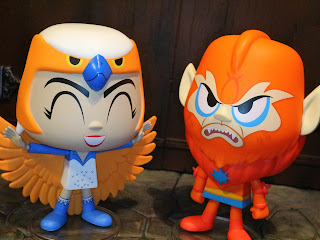 I'm making my way through the last reviews of stuff I purchased in 2018 and today I'm wrapping up my reviews of the Funko Vynl Masters of the Universe line hat was with a look at the Beast Man + Sorceress two-pack. This set was a Funko 2018 Spring convention exclusive limited to 2500 pieces. It's not hard to find or very expensive, however. None of the MOTU Vynls have been which is great for collecting but might not be so good for the long term health of the line. I like these a lot more than the MOTU POP! vinyls, although the selection is more limited. All of the Vynl sets feature two characters but the pairing on this one is kind of unusual. Beast Man and the Sorceress? I guess it makes sense becuase you get a hero and a villain, but it seems like a thematic pairing would have been better (as that seems to be one of the characteristics of the Vynl line). Maybe the Sorceress and Teela or Beast Man and Stratos, Man-At-Arms, or Ram-Man? The only theme I can detect here is that we get the wisest person on Eternia paired with the dumbest person on Eternia (Beast Man sure isn't known for his brains, you know.). Anyways, these are still two A-list MOTY personalities so let's check them out after the break... 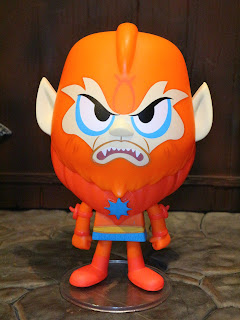 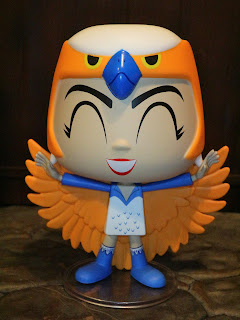 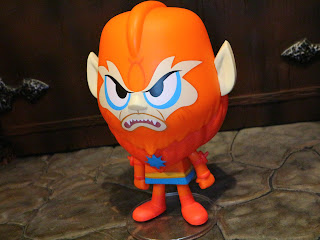 * As I've said in the previous reviews of these, I just really like the style on these. They're still stylized vinyl figures but the colors are brighter, the shapes are a bit more unique between figures, and the faces feature lots of printing rather than sculpting. They strike a nice balance between the classic character designs and the Filmation depictions of the MOTU crew. 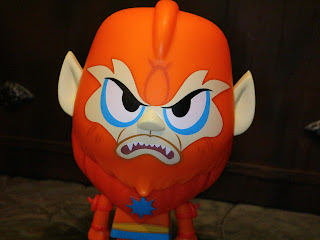 * Beast Man's face printing is excellent. There are sculpted details such as his ears, the mohawk on his head, the fur on his chin, and his nose, but the eyes, mouth, and other facial features are neatly printed on. 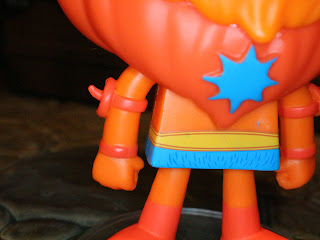 * While the bodies on these are kind of standard and geometric, the little costume details are rather detailed. Beast Man is sporting his spiked bicep pads and has the huge furry collar with a medallion on the front. 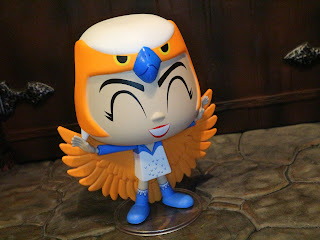 * The Sorceress is such a fun looking figure! While I usually think of the Sorceress as a character who carries the weight of the world on her shoulders, this version of the Sorceress looks like she is having a great time. The pose with her outstretched arms is just very, very fun! 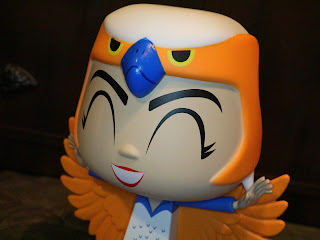 * How about the portrait, huh? The Sorceress is also a mixture of sculpted elements (bird cowl, nose) with printed on eyes and mouth. She's so expressive and happy! 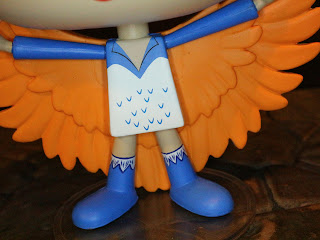 * The details on the Sorceress' outfit are painted on and they look great. I love the print here, especially the furry cuff of the boots. A+ work here. 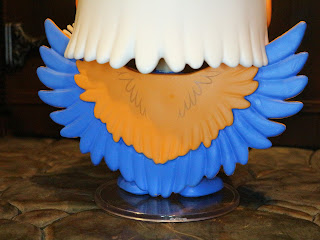 * The wings on the back are also excellent. Again, a great mixture of sculpt and painted detail just looks fantastic and fits in very well with this aesthetic. 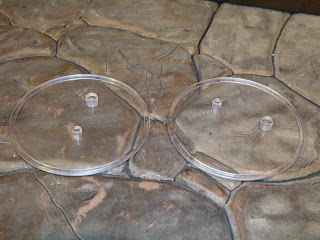 * Beast Man and the Sorceress come with a clear display stand. These easily plug into the feet of the figures and help to keep them standing upright just a bit more securely than if they didn't have them. 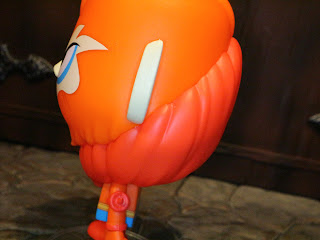 * I'm not 100% sold on the way Funko tackled Beast Man's collar. Rather than have it as a smaller piece over his chest they made it larger. Honestly, it kind of makes it look more like hair or a weird beard rather than a furry collar of sorts. 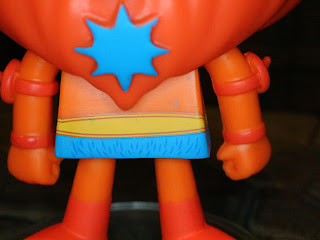 * Beast Man's body has multiple splotches of blue paint in different places. The paint job isn't as clean here as on most of the other figures I've purchased from the line. 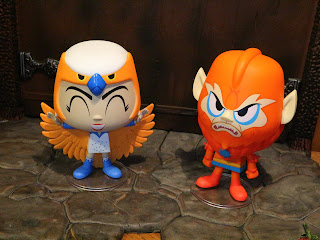 The Sorceress is an incredible vinyl figure while Beast Man is good, but not great. I like this set still, and I'm hoping we get many more in the future. This is still a Great set and for the price you're getting two vinyl figures for around $10 dollars each. These two aren't articulated, but that's not the biggest problem in the world. They're fun, colorful, and add to the small but hopefully growing collection of MOTU characters.