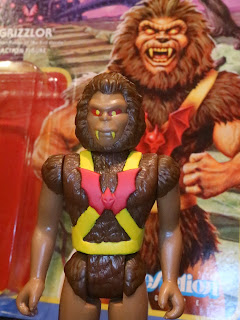 Today I'm checking out the first of the three PowerCon 2019 exclusive Masters of the Universe ReAction figures: Grizzlor in his vintage toy colors. Grizzlor was originally released in the MOTU ReAction line over the summer with a figure that looked more like the the Filmation cartoon version. This is just a repaint but fans of the vintage toyline version will definitely gravitate to this one. I mean, he's still got the "sculpt" of the Filmation character (more werewolf, less Critters) but the yellow and red Horde chest straps will automatically take you back. Let's take a quick peak at this variant after the break... 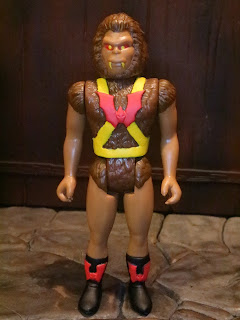 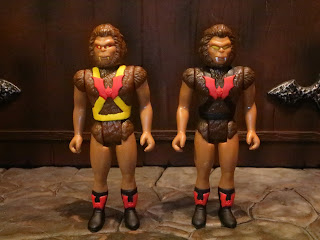 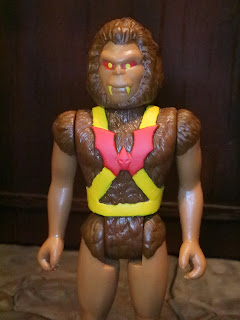 
* I like the lighter color and the bright yellow harness. Again, it's a small thing but it pops just like the vintage figure does and it makes me feel all nostalgic. I've always loved the vintage Grizzlor and this guy reminds me of that. He definitely has the Kenner look, too, which is part of the fun of the line. Can't you see this dude hanging around in the Cantina? 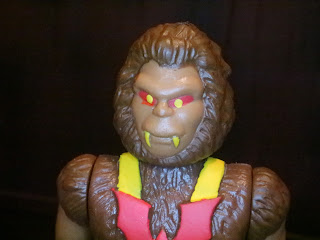 * The yellowed fans and red eyes make the head seem a bit more complex than the standard figure. He also just seems more savage overall. Red eyes will do that for you. 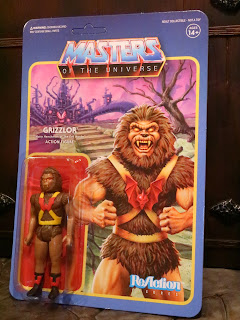 *  The card art on most ReAction figures released by Super7 is beautiful and their Masters of the Universe line is no exception. Grizzlor features an awesome illustration of the character that has been tweaked to show off the vintage toy color harness. Like with the standard Grizzlor, Super7 used a background that shows off the Fright Zone in the background. That's a nice touch! To preserve the card I actually made a slit in the top of the blister so I can slide the figure in and out. It work great and allows the figure to be displayed inside and outside of the card. I've got mine hanging on a metal pegboard similar to what you'd see in a retail store! 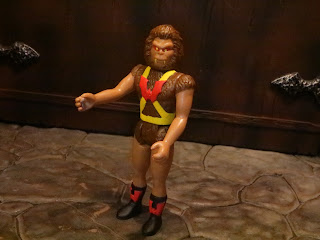 While I like the yellow straps a bit better than the standard Grizzlor's black straps, this figure really isn't any better or worse. It's still a Good figure, though the higher price on these definitely makes minor variants like this seem less enticing. I really like how obscure Super7 gets sometimes, but now that we're approaching the $20 mark, an obscure or fairly minor repaint seems less appealing. I'm not sure what the future holds for this line with Mattel seeming to fully take the brand back over (Battle Cat and Panthor are coming, however, along with some NYCC exclusives) so worrying about the price may be a moot point.

If you're a Grizzlor groupie then check out the alternate 200X Grizzlor head from the Heads of Eternia pack, the ReAction Grizzlor, and the Club Grayskull Grizzlor.