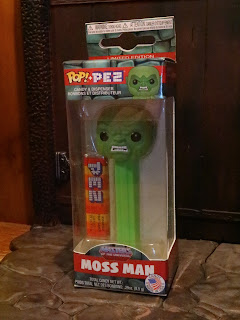 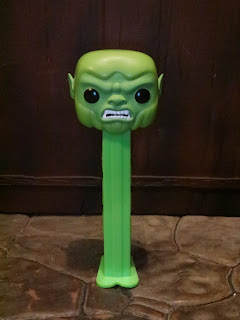 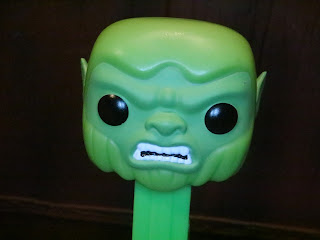 * Looking at this sculpt of Moss Man you can tell that this is unique and not intended for reuse with Beast Man in the future (there isn't a Beast Man Pez dispenser yet, oddly enough). It's completely unique to Moss Man! It's a great capture of the likeness of the vintage toy and possibly the Filmation likeness with a big furry beard and some sharp looking teeth. It really looks just like a miniature version of the POP! vinyl Moss Man. 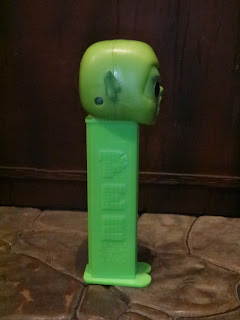 * Moss Man's dispenser body is exactly the same as nearly every other modern Pez dispenser I've ever seen. It's green to match the color of Moss Man's fur and it holds a roll of candy. Seriously, it's a Pez dispenser. What more can I say about it? 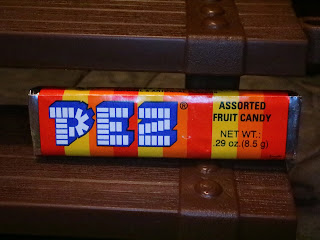 * All of the POP! Pez Dispensers includes a pack of Pez (assorted). Why does it only come with one when you usually get three? I guess because these are intended more as collectibles rather than really intended to be eaten. The nice thing is you can take these out of the box and put them back in, making them collector friendly. They do display nicely in the box, so that's how I'm keeping them. PEZ had some weird flavors in the 1960s, so I kind of wish Moss Man had come with Pine or Evergreen scented candy. 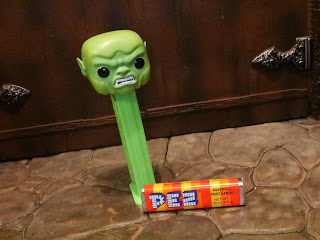 Who would have ever thought that Moss Man would be graced with a Pez dispenser in his likeness in the year 2019? That's crazy, right? While Mattel still continues to support Masters of the Universe and seems to have big plans in store for the brand, it has been really cool to see support for the brand from other licensees over the past few years. Whether you're a fan of their products or not, I think it's pretty clear that Funko has definitely helped to keep MOTU alive in pop culture due to their multiple MOTU releases. Moss Man is a Great POP! + Pez dispenser and, even though he's not flocked, a great tribute to the character.


Moss Man is one of my favorites and along with the vintage Moss Man I've also reviewed the M.U.S.C.L.E. Moss Man, Eternia Pine Deodorant, the MOTUC Moss Man, the Dorbz Moss Man and Beast Man 2-pack, the POP! Moss Man #568, the Masters of the Universe Minis Battle Armor Skeletor and Moss Man 2-pack, and the Mega Construx flocked Moss Man that came with the Battle Bones set and the standard Moss Man.

For more Masters of the Universe POP! + Pez Dispensers check out the following: