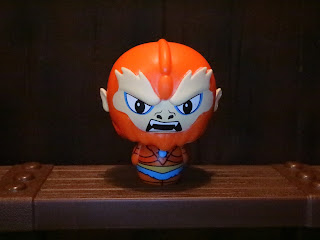 Just a heads up: April 28th is Masters of the Universe Day and I've got some big plans! I'm not going to spill the beans just yet but I'm pretty excited about what's in store. Today as a little precursor to whet your appetite I've got a review of Beast Man from Funko's Pint Size Heroes line. These little guys were sold in blind bags back in 2018 and they kind of remind me of miniature Dorbz figures. Beast Man was part of the series which makes perfect sense as he's one of the A-list MOTU characters who appears in nearly every MOTU thing out there. Honestly, the only major MOTU thing I don't think he appeared in was the New Adventures of He-Man. Otherwise, this orange ruffian is always hanging around at Skeletor's right hand. Let's check out this Pint Size Heroes Beast Man after the break... 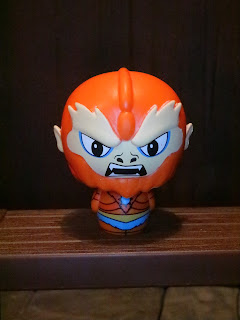 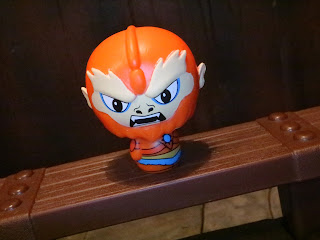 * These guys are only an inch and a half tall and, like Dorbz, they have a fairly standard body with a sculpted head. Most of the detail is painted on but you can clearly see Beast Man's collar and blue medallion and his shoulder pads. The details are simply painted on but I do really like the thick black edging used to highlight the details. It gives them a very animated appearance. 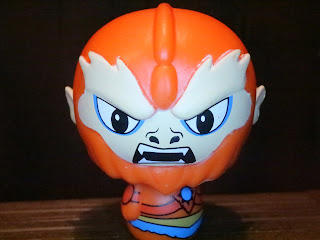 * The printing on the face is very neat and clean for how small this little guy is! 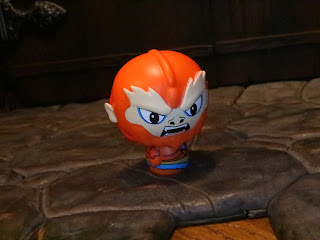 The Pint Size heroes really aren't anything special but they are a fun little line that can be displayed in front of a larger line such as the POP! vinyls or Dorbz figures. Beast Man always stands out with his bright orange and he's a great accomplice to a Pint Size Heroes Skeletor if you should have one. The basic releases in this line aren't too hard to get a hold of but the FYE exclusive figures (Stratos, Evil-Lyn, and Faker) are a paint to acquire and are too darn expensive for such recently released tiny figures. Beast Man is still a Good little mini, though.