Moss May: Moss Man #568 from POP! Television: Masters of the Universe by Funko 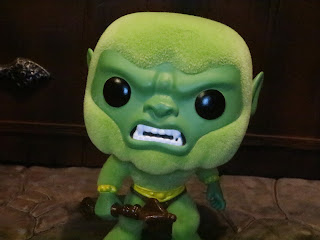 Moss May rolls right along with another look at a Moss Man product! Today I'm checking out the 2017 Moss Man POP! vinyl which was released as a Toys 'R Us exclusive back when Toys 'R Us was still with us. Please! A moment of silence!   ....

While the original Masters of the Universe POP! vinyls came out in 2013, Funko didn't release any follow-up figures for a few years. They did release two Freddy Funko MOTU variants in 2016 but the next actual MOTU POP! vinyls came out in 2017, and Moss Man was part of a decently expanded roster of characters. Beast Man was also released (with a flocked variant) but Funko didn't have the characters share sculpts. Funko has treated Moss Man better than Mattel has in regards to always giving him a unqiue sculpt! Let's take a look at Funko's Moss Man POP! vinyl after the break and see how he turned out... 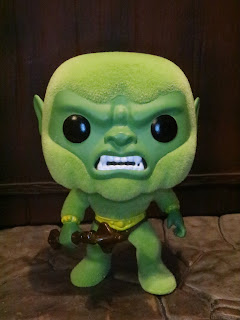 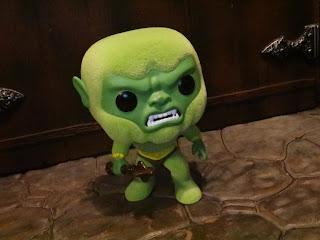 * I really like the look of Moss Man! He's not in a completely neutral pose like the earliest POP! vinyls but is actually posed as if he is walking. Perhaps he is in the middle of walking through the forests of Eternia? He also has the swivel head just like most other POP! vinyl figures. 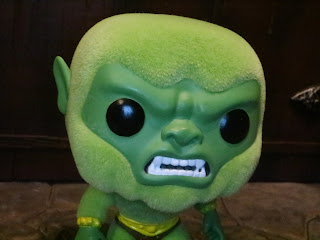 * While Moss Man doesn't share a headsculpt with Beast Man he does still gave a bit more of the savage look of the vintage toy rather than his more stoic appearance from the MYP cartoon series. I like him, especially his teeth and his very cool ears. The teeth are really nicely painted and there is some great sculpted detail on his face, especially for being a stylized figure. I'm guessing they're kind of going for the Filmation look, but I could be wrong. 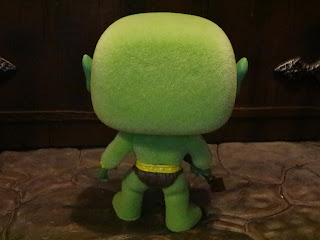 * Moss Man is flocked! I'm glad most Moss Man releases maintain the flocking of the vintage figure as it's such an iconic part of the characters appearance. It's not the rougher flocking of Mattel's figures, though; this is smoother. I like Mattel's flocking better, as it looks more like actual moss, but this works just fine for a vinyl figure. 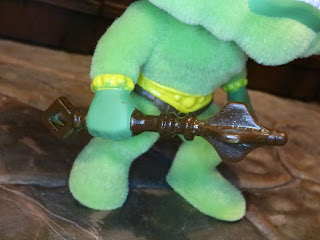 * If you litter, Moss Man will beat you down with his wooden club! It's a great replica of the vintage figures accessory and it's nicely posed in Moss Man's hand as if he has it at the ready for action. 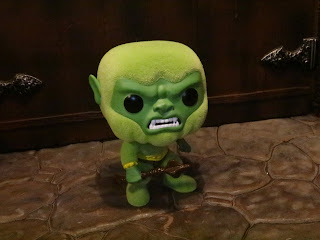 I'm really glad that Funko has another fairly large series of MOTU POP! vinyls coming out soon because they do a really good job with these. While I wish Moss Man were scented (he's not, despite my daughter's claims), he is still a Great POP!. Cool pose, nice paintwork, a decent pose, and he's flocked. What more could you ask for? Well, other than a pine fresh scent. Funko has out out quite a but of Moss Man product and it is very likely that we'll see another of their takes on Moss Man before the month of Moss May is out...


Moss Man is one of my favorites and along with the vintage Moss Man I've also reviewed the M.U.S.C.L.E. Moss Man, Eternia Pine Deodorant, the MOTUC Moss Man, the Dorbz Moss Man and Beast Man 2-pack, the Masters of the Universe Minis Battle Armor Skeletor and Moss Man 2-pack, and the Mega Construx flocked Moss Man that came with the Battle Bones set and the standard Moss Man.