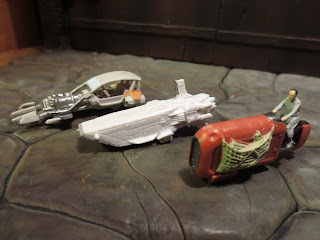 In today's Micro Review I'm looking at another set of three vehicles from Hasbro's Micro Machines: Star Wars line. It's called the Speeder Chase and it includes a Jakku Landspeeder, a First Order Transporter, and Rey's Speeder. As far as I'm aware, both Rey's Speeder and the Jakku Landspeeder seem to be pretty unique to this set. I have a First Order Transporter already (the one released with the First Order Stormtrooper Playset) but this one is neat and clean while that one was covered with sand. This is a set that you can pick up at retail still for around $5 bucks and which might be a great introductory set to Hasbro's Micro Machines. Ready for a short look at three Micro Machines? Then join me after the break... 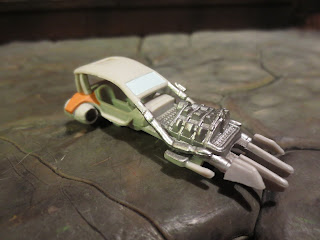 * Is the Jakku Landspeeder even in the film? Maybe!!! It seems that this might be one of those blink and you miss it elements that most likely had it's more prominent scenes cut from the film later in production. There's a speeder chase in the film novelization of The Force Awakens, so maybe that's where this vehicle would have fit in. That being said, this is a really cool Micro Machine, possibly the best in the set. I love the detail on the engine and the open air cockpit. 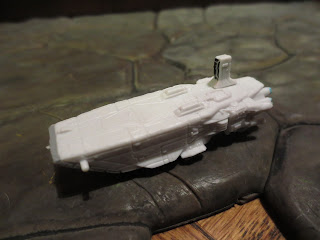 * The First Order Transporter, also know as an Atmospheric Assault Lander (AAL), is how the First Order delivers their troops to the surface of Jakku. This is a cool little ship that has some fairly crisp sculpting and a few nice paint applications such as the window on the pilot's tower and the blue energy of the thrusters. It has a hole on the bottom but it doesn't come with a stand although there are some landing struts down there, allowing it to rest flat on the ground with a little effort. 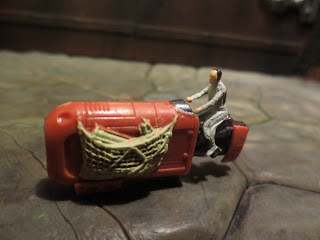 * Rey is quite possibly my favorite character from The Force Awakens; everything about her just already seems so darn iconic. I love her desert scenes and this speeder (which she built herself) is just too cool. It's a nice little vehicle, although I wish the permanently attached Rey microfigure had a bit better paint job. The inclusion of the net is a nice touch, though. 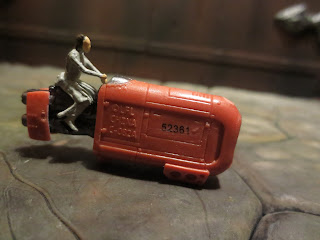 * Hold on! Let me put on my complaining hat for a moment!

OK, it's on: What in the world is with the numbers stamped on the side of Rey's Speeder? Other vehicles in the Micro Machines line have these but few are displayed so prominently as on this. It just looks odd. Why are these numbers so significant anyways, Hasbro? 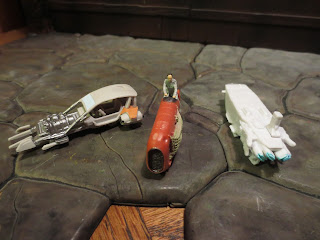 I really like this set. It's a nice assortment of vehicles and all three of them are pretty good. While Rey's Speeder is probably my favorite vehicle, it is the least well done in this set. Still, it's an above average Micro Machine and one that I can't imagine many Micro Machines collectors would want to be without. This is a Good and a 1/2 set and is an excellent pick-up if you find it for the standard retail $5 bucks or less. There's a lot of fun to be had here, although I really hope Hasbro makes stands available in some way. Their absence is ridiculous!

I've reviewed a couple of Rey figures, such as Rey (Jakku) & BB-8 and the K-Mart exclusive Rey (Starkiller Base).

I've reviewed a few other Micro Machines sets from both Hasbro and Galoob, as well: