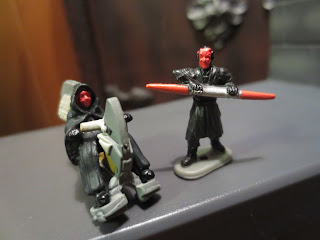 Today we're going back 17 years again to the summer of 1999 for some Star Wars Episode I Micro Machines goodness! While store shelves got loaded with the earliest Episode I product, some of the later product was much more difficult to find. That holds true for the Micro Machines sets as well. Today I'm looking at Collection VIII from the Episode I Micro Machines figure and vehicle sets. Continuing with what was offered earlier in most of this series, Galoob included two figures and two vehicles in the pack. Ready for a closer look at this set which includes two separate versions of Darth Maul? Then join me after the break... 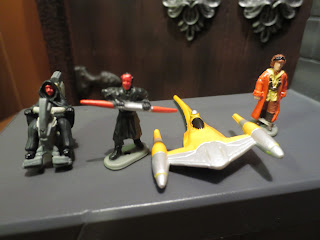 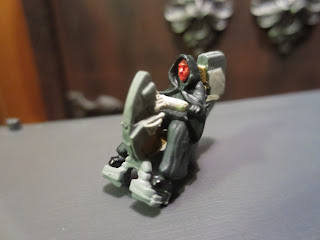 * Darth Maul on his Sith Speeder is an incredibly cool little microfigure. The sculpt is pretty impressive overall although the face is just painted red with no attempt at adding any black details. Still, it's neat to have Darth Maul riding Bloodfin (the name for his custom FC-20 speeder bike) as a Micro Machine. Does anyone know if this is the same piece as the one included with the Tatooine Desert playset? 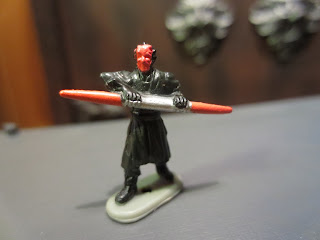 * Disappointingly, this Darth Maul is the exact same Darth Maul as the one included with the Darth Maul/ Theed Generator transforming playset. For a character as prominent as Maul you think Galoob would have included a new sculpt, don't you? The base is a slightly different color but overall this guy's the same. I wish Galoob would have done a better job here as this Darth Maul is still just disappointing, especially considering the work they were doing on the Micro Machines line a year or so prior. 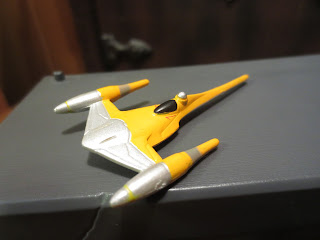 * The N-1 Starfighter is a beautiful craft. There's something about it's rounded elegance that reminds me of the Cloud Cars patrolling Bespin in The Empire Strikes back. The paint work is gorgeous here and, while I've never been overly impressed by the space battle scenes from the end of Episode I, I love the look of these. Just gorgeous! 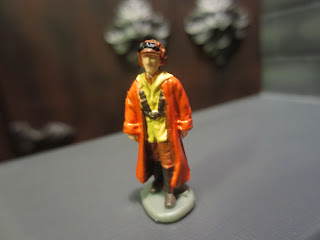 * Perhaps the only truly unique figure in the set, and possibly the bet, is the Naboo Pilot. Decked out in his flight helmet and long trench coat, this guy is a really nice sculpt with some awesome paint. I love the costumes for the inhabitants of Theed on Naboo and the pilots had such a cool look to them. I'd love to see these guys in the Black Series line some day! 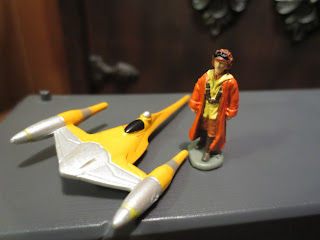 I have to say that this pack is slightly disappointing due to the weakness the Darth Maul figure. While both vehicles were available in other sets later on, this was a nice way to pick them up fairly cheaply. The Naboo pilot is also a solid minifigure. I still can't believe Galoob messed up Darth Maul so badly, though. He's just not at all menacing. This set gets a Good rating but it may not be worth tracking down unless you're dead set on completing this line.


If you're interested in Darth Maul, I've reviewed a few other figures of him including the Hero Mashers spider Darth Maul and the Sith Speeder & Darth Maul set as well as the Black Series Darth Maul.

If you want to see more Micro Machines, check out the following reviews of Galoob era goodness: