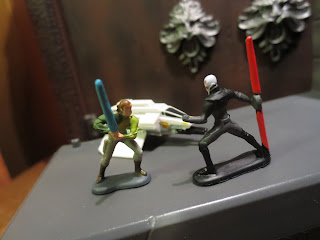 I've been pretty rough on Hasbro's Star Wars Micro Machines over the past few days but that's mostly because the playsets have been pretty weak. Today I'm looking at something that Hasbro is doing a much better job with: The Micro Machines themselves! Today I'm reviewing the very cool Rebellion Rising pack which contains five vehicles and two microfigures from the first season of the cartoon Star Wars: Rebels. I love this set and I'm really hoping we see more Rebels themed Micro Machines down the line as they have some great designs. This set was originally released on Force Friday 2015 but it's dropped in price a bit so I snapped it up as part of a larger lot. Ready for a closer look at this very cool set? Then join me after the break... 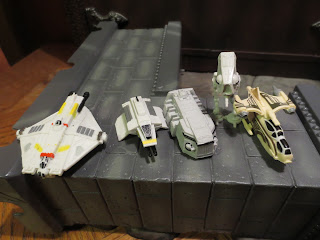 From left to right: The Ghost, The Phantom Attack Shuttle, Troop Transport, AT-DP, and a Wookie Gunship. 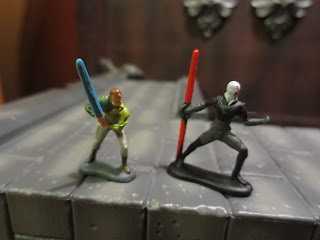 From left to right: Kanan Jarrus and the Inquisitor. 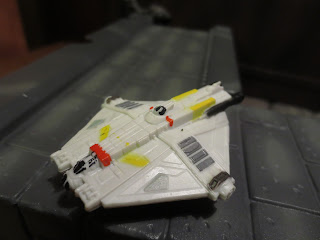 * The Ghost is definitely the most prominent ship in Rebels but I'm not feeling the design of this Micro Machine. Something about it just feels off and I'm not sure if it's the paintjob or the sculpt. The proportions and shape of the ship just seem really bizarre and not accurate to the source. 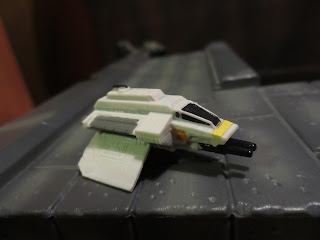 * I do love the Phantom, though. This little ship is docked aboard the Ghost and can be used as both a starfighter to help defend the Ghost or as a shuttle for the crew. It looks great and has a decent amount of paintwork to give it some personality. It's obviously way out of scale for the Ghost but that's just a part of the Micro Machine style and it's been that way since the 1990s. 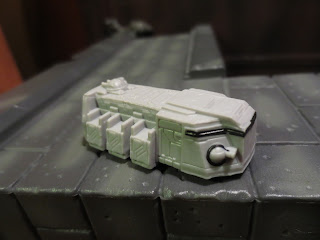 * This might be my favorite vehicle in the set simply because of how cool it is to have it as an official Star Wars vehicle. The Imperial Troop Transport was originally a Kenner vehicle from the vintage Star Wars line that was based on an original concept, not anything in the film but it made it's way into the Rebels tv series. This looks just like the vintage Kenner toy and it's an incredibly cool addition to the Micro Machines line. 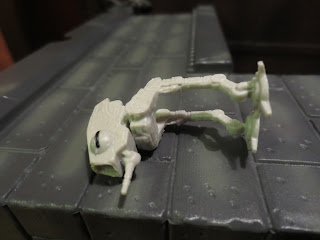 * I love the look of the AT-DP (All Terrain Defense Pod). This is a cool vehicle and a great sculpt. Heck, even the pod on top is articulated and can swivel left and right. Unfortunately, it's really tough to keep this little guy standing upright. I always had the same problems with the AT-STs in the vintage line, too, so it's nothing new; just a bit aggravating. 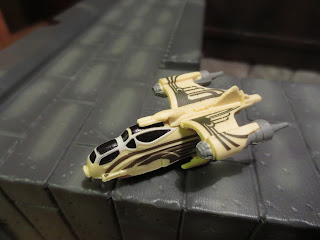 * Officially designated as the Auzituck anti-slaver gunship, the Wookie gunship first appeared in the Rebels premiere. It's a great looking gunship with some crisp details and an incredibly detailed paint scheme. I love this little vessel. The front dual cockpits reminds me of a modern military attack helicopter of some sort. 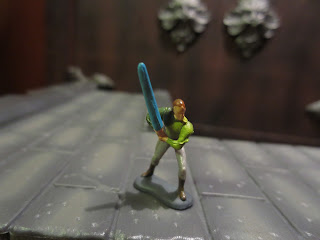 * It's Kanan Jarrus! Kanan's pretty much the default "go-to guy" for any Rebels merchandise so of course he'd be in this set (I'd love the rest of the Ghost crew, but I'm guessing the chances lie somewhere between slim and none). He's a decent microfigure with quite a few paint applications and a good action pose. 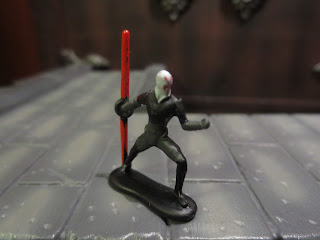 * The paint work isn't the best on the Inquisitor but he's a decent microfigure. Again, it's to expect much at about an inch tall, but like most of the figures in Hasbro Micro Machines revival the Inquisitor is better than some of Galoob's earlier efforts but nowhere as good as their later efforts. He's a fun character, though, and it's cool to have more Sith in the Micro Machines line. 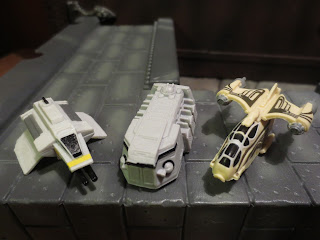 Overall I really like this set. The only vehicle I'm not sold on it the Ghost and that's simple because the proportions just seem really off. Otherwise this is a pretty strong set of vehicles with two good microfigures. I'm especially thrilled to have the Imperial Troop Transport in the line as it's just a cool vehicle to have in this scale. Overall, especially considering that this set can be had for under $10 bucks, this is a Great little set of Micro Machines. It's always cool to get something different and having some Rebels vehicles added into the collection adds a lot of freshness to things.